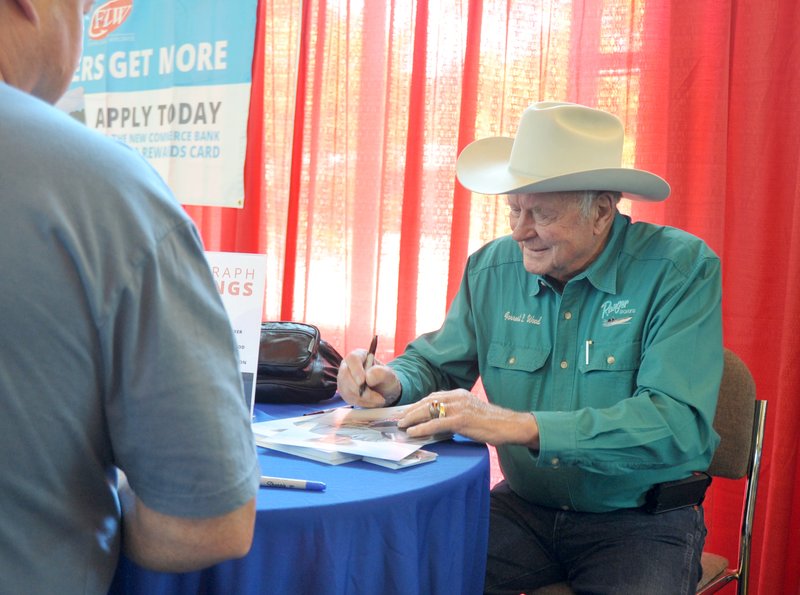 In 1968, Wood founded Ranger Boats, one of the most prestigious names in the boating industry.

Along with Ray Scott and the Bass Angler Sportsman Society, Forrest Wood and Ranger were synonymous with professional bass fishing for nearly 30 years. In 1996, Wood began a long association with Kentucky-based Operation Bass, which was renamed "FLW" in Wood’s honor.

Former Arkansas Gov. Mike Huckabee appointed Wood to the Arkansas Game and Fish Commission in 1998. During his tenure Wood was instrumental in securing a minimum flow current on the White River to preserve the river’s trout fishery. The commission honored Wood by naming its nature center for him in Jonesboro.

“It was my honor to know Forrest Wood, and his passing is a deeply sad moment for our entire state," Arkansas Gov. Asa Hutchinson said in a release Saturday morning. "Forrest embodied the best of Arkansas. He was an entrepreneur who brought thousands of jobs to Northern Arkansas with his founding of Ranger Boats. His business accomplishments have been recognized in the Arkansas Business Hall of Fame, and his contributions to the world of fishing and recreation have made Arkansas a destination point for fishermen from all over the world. He loved Arkansas, and Arkansas loved Forrest Wood. Susan and I express our condolences and prayers for Nina and the entire Wood family.”