Alleged shoplifter arrested with drugs despite attempt to throw purse away 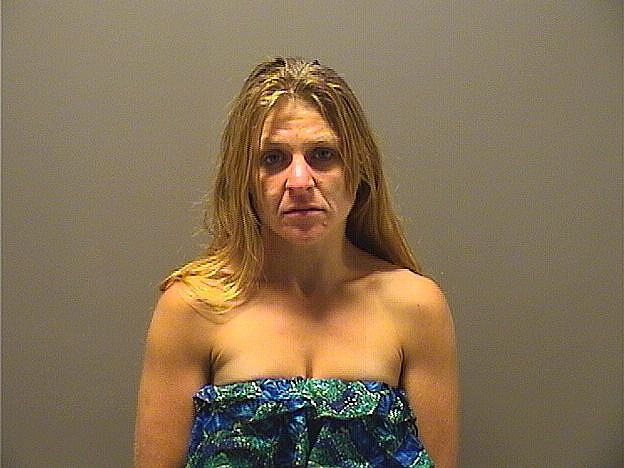 An alleged shoplifter who briefly fled from Hot Springs police was arrested on felony charges Saturday after attempting to throw her purse containing drugs away.

Christa Marie Holliday, 30, of Mena, was taken into custody shortly after 6 p.m. and charged with felony counts of possession of a controlled substance, meth, and possession of drug paraphernalia, each punishable by up to six years in prison, and misdemeanor charges of fleeing on foot and theft of property under $1,000.

Holliday was being held on a $6,500 bond and was set to appear Monday in Garland County District Court. She was previously convicted in Scott County Circuit Court on Aug. 6, 2017, of possession of meth and sentenced to five years' probation.

According to the probable cause affidavit, around 5:30 p.m. Saturday, Officer Tyler Ward responded to the Half of Half store, 3310 Central Ave., regarding a theft that had just occurred. He was told the female suspect wearing a green and black dress had stolen several items from the store and was walking north on Central.

Ward spotted a woman, later identified as Holliday, matching the description near the Arby's restaurant, 3020 Central, and noted she was carrying a Half of Half bag. He made contact with her and she reportedly told him she had taken some items from Half of Half.

Ward told her she was under arrest and she reportedly stated, "Let me throw my purse away first" and then ran toward Arby's. The officer caught her at the entrance after she fled about 15 feet and threw her purse toward the restaurant's drive-thru and took her into custody.

In searching the purse, the officer allegedly found a syringe with two dosage units of what later tested positive for meth and a small glass pipe with meth residue. He also found three clothing items from Half of Half, valued at $35.

When questioned later at the jail, Holliday reportedly stated she ran because she thought she had a warrant and because she knew there was meth in her purse.