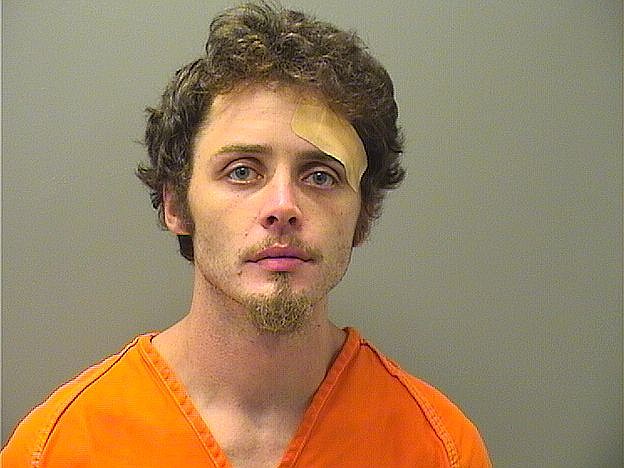 A felon on probation whose SUV reportedly crashed into a power pole early Monday was arrested on multiple felony charges after a loaded gun and numerous drugs were allegedly found in the vehicle.

Johnson remained in custody Tuesday on zero bond and is set to appear today in Garland County District Court. He had pleaded guilty on Aug. 26, 2019, in Garland County Circuit Court to felony fleeing and was sentenced to six years in prison with the entire sentence suspended and fined $1,000. He also agreed to having a warrantless search waiver on file.

According to the probable cause affidavit on Monday's arrest, shortly before 6 a.m., Garland County sheriff's Cpl. Clayton Green was dispatched to a wreck in the 1500 block of Marion Anderson Road and noted a power pole had been struck and snapped in half, but there was no vehicle around.

He continued on to the 1600 block of Marion Anderson where he saw a blue Hyundai SUV backed into a driveway with extensive front end damage. Standing near the vehicle was a man, later identified as Johnson, and when Green asked him if he had struck a pole with his vehicle, Johnson reportedly stated the pole "came out in front of him" while laughing.

Johnson had no visible injuries and asked Green if he could call someone to get his vehicle. He made a couple of calls and was unable to get anyone so Green called for a wrecker to tow the vehicle.

A computer check revealed the warrants for Johnson's arrest, so Green took him into custody. He noted Johnson had a syringe cap in his pocket and a further pat-down search uncovered three more syringes in his other pockets.

In searching the vehicle, Green reportedly found a plastic sack with a pill bottle inside that contained a baggie of what later tested positive for meth, 1.7 grams. Another baggie in the sack reportedly held 23 clonazepam pills, five alprazolam pills and a hard shell case holding eight 9-mm rounds. Green found another shell case that contained six Gabapentin pills, a glass pipe with marijuana residue, a baggie with 0.9 gram of marijuana, a syringe, and a set of digital scales.

Under the front passenger seat, the deputy reportedly found a folded up shirt covering a 9-mm pistol, loaded with one round in the chamber and four in the magazine. It was also determined the vehicle was a rental.

A check of Johnson's criminal history revealed that in addition to the felony conviction last year, he had prior felony convictions from 2012, 2013, 2014 and 2015, all out of Garland County.