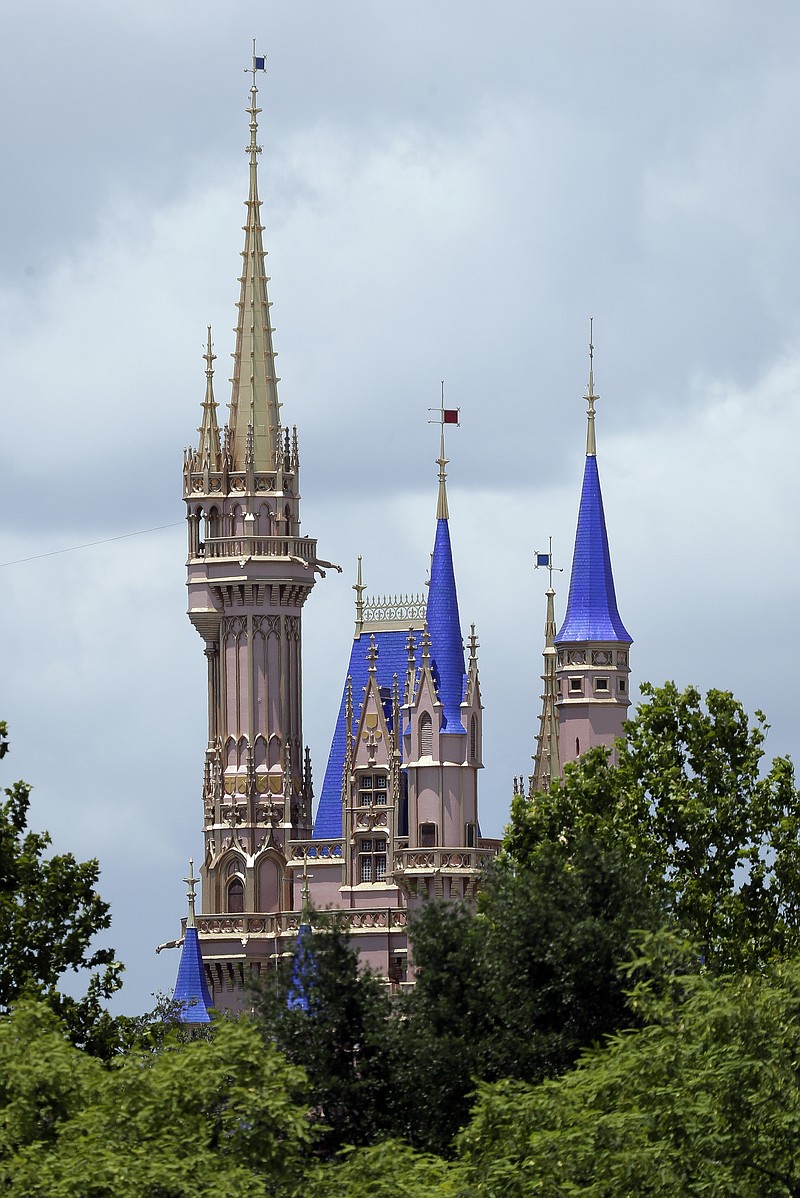 ORLANDO, Fla. -- Forget about up-close "meet-and-greet" sessions with Mickey Mouse or Donald Duck when Walt Disney World parks reopen. There will be no firework shows or parades -- those would draw too many people together -- and both visitors and employees will be getting temperature checks when they enter.

Despite a huge surge of Floridians testing positive for the new coronavirus in recent weeks, two of Disney World's four parks are reopening Saturday. When they do, visitors to "The Most Magical Place on Earth" will find new rules in place.

Everyone has to wear a mask and maintain social distance. No hopping between parks is allowed, for the time being, and visitors will need reservations to enter.

Disney employees won't be allowed to take photos of visitors in front of Cinderella's Castle since it involves touching the tourists' cameras. There will be no live shows since the reopening has caused a labor dispute between Disney World and its actors and singers.

"That is a very different Disney World than the one you worked at back in March, and that is because of the need for safety," Eric Clinton, president of Unite Here! Local 362, told his members in a recent Facebook discussion.

Magic Kingdom and Animal Kingdom will reopen Saturday. Disney World's other two parks, Epcot and Disney's Hollywood Studios, will welcome back guests four days later. All of the parks closed in mid-March in an effort to stop the virus's spread. Disney World's crosstown rivals, Universal Orlando and SeaWorld Orlando, also closed in March but have been back open for several weeks after instituting similar rules to protect employees and customers from the virus.

Also this month, the NBA and MLS are restarting their seasons at Disney World, which has a massive sports complex featuring multiple playing arenas.

Disney has been opening back up its parks around the globe for the past two months. In May, the company opened Disney Springs, a complex of shops, restaurants and entertainment venues in Lake Buena Vista. Only Disneyland in California delayed its plans to reopen in mid-July, saying it was awaiting guidelines from the state.

The union that represents Disney World actors and singers wishes the Florida resort would do the same until workers can be tested on a regular basis. Florida and other Sunbelt states have seen recent surges in coronavirus cases, and unlike other Disney workers, the singers and actors can't wear face masks when they perform.

On Thursday, Actors' Equity Association filed a labor grievance against Disney World, saying their members faced retaliation for demanding the coronavirus tests. The actors and singers initially were called back to work, but that invitation was rescinded last week after the union made public their concerns about the lack of testing, according to Actors' Equity Association. 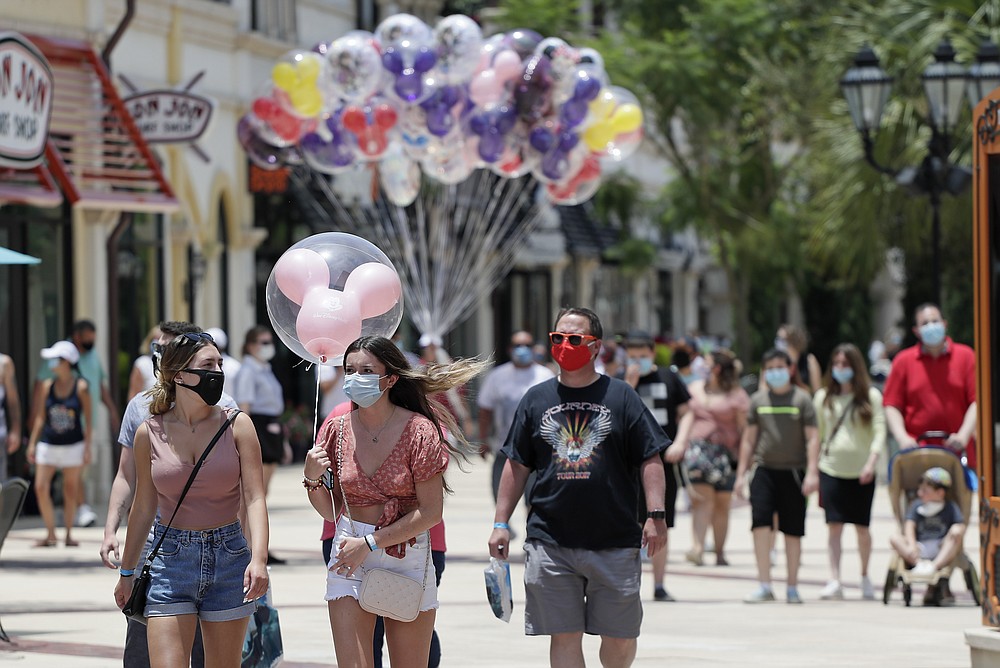 FILE - In this June 16, 2020, file photo, guests required to wear masks because of the coronavirus stroll through the Disney Springs shopping, dining and entertainment complex in Lake Buena Vista, Fla. Magic Kingdom and Animal Kingdom will reopen on July 11. In May, the company opened Disney Springs. (AP Photo/John Raoux, File) 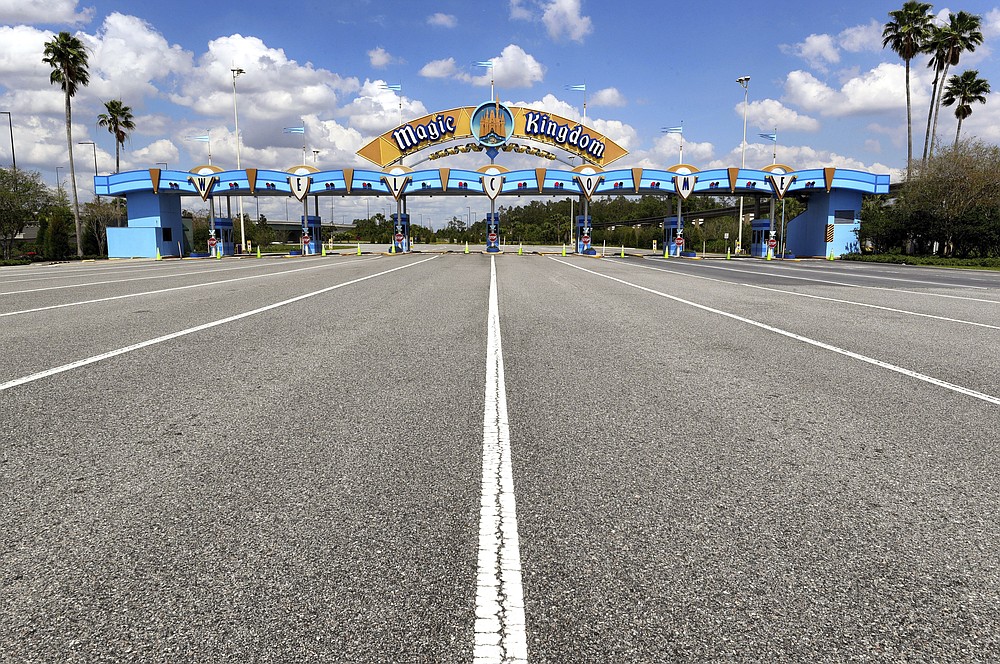 FILE - This March 24, 2020, file photo shows the parking plaza entrance to the Magic Kingdom as Walt Disney World enters its second week of being shut down in response to the coronavirus pandemic. Despite a huge surge of Floridians testing positive for the new coronavirus in recent weeks, Magic Kingdom and Animal Kingdom, two of Disney World's four parks are reopening Saturday, July 11. (Joe Burbank/Orlando Sentinel via AP, File) 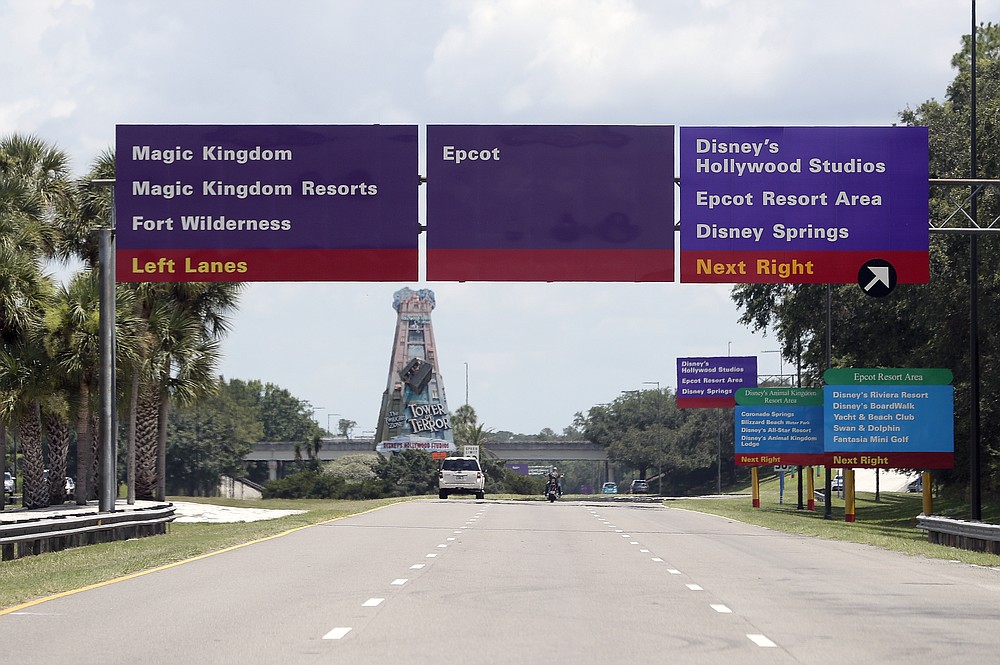