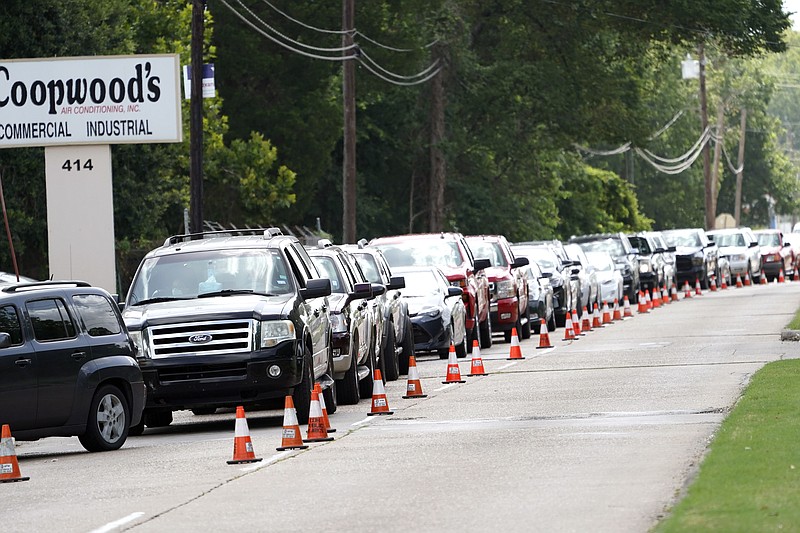 Texas today resembles the state in the early days of the coronavirus pandemic. Except now, the outbreak is far worse.

Records for COVID-19-related deaths and hospitalizations are set almost daily and Texas, the state that embarked on one of America's fastest reopenings, is in retreat. Republican Gov. Greg Abbott, who on Friday extended a statewide disaster order first issued in March, is now telling the public to brace for what's ahead.

"Things will get worse," Abbott told Lubbock television station KLBK. "The worst is yet to come as we work our way through that massive increase in people testing positive."

On Friday, Texas surpassed 10,000 hospitalized patients for the first time, capping a week of grim markers that also saw the state exceed 10,000 new cases in a single day. And it has been the deadliest week of the pandemic in Texas, with 95 new deaths reported Friday.

"Several months ago, I warned of a potential tsunami if we did not take this more seriously," said Hidalgo County Judge Richard Cortez, the top official in one of the largest counties on the Texas-Mexico border. Since Monday, at least 31 people there have died due to COVID-19 -- more than in Houston or San Antonio.

"The tsunami is here," he said.

The crush of patients at border hospitals is one alarming new sight in Texas. In rural Starr County, which has one hospital and no intensive care unit, County Judge Eloy Vera said Friday that doctors were down to two ventilators and that the local health director was calling around the country looking for places to send their most severe virus patients. "There aren't any hospitals in Texas that would take them, so he was looking at maybe sending them to New York. It's bad," Vera said.

He said the county is also seeking a refrigerated trailer to store the dead because the local funeral home already had seven or eight bodies waiting to be processed -- more than it could handle at one time.

The escalating crisis led members of Texas' congressional delegation to ask Health and Human Services Secretary Alex Azar for a field hospital in the Rio Grande Valley as soon as possible. Republican Sens. John Cornyn and Ted Cruz of Texas also signed the letter, writing there was "no indication that case counts will level out soon."

During the early weeks of the pandemic, overflow medical shelters were quickly set up in Dallas and Houston, but they closed in April without ever housing a single patient. Abbott announced at the end of that month that Texas would begin reopening after just a few weeks of stay-at-home orders. Mayors in Texas' big cities and health experts winced at the speed, saying it was too soon.

Bars reopened in May, but were ordered shuttered again a month later as Texas cases began climbing again. Abbott on Friday urged the public, again, to wear masks and warned of another shutdown if the spread isn't stopped.

"The next step would have to be a lockdown," Abbott said. "The last thing I want to do, the last thing anybody in Texas wants to do is see another lockdown."

A resurgence of long lines for virus tests in Texas has also been accompanied by delays in getting results. Veronica Seever, co-owner of Leaf Landscaping Supply in Austin, said she and her family received their COVID-19 test results Tuesday after a 14-day wait.

Seever went with her husband and 16-year-old son to get tested at an urgent care clinic east of Austin after two of their employees tested positive. She said all three of them had to miss eight days of work during their 14-day self-isolation period, with no results in sight.

"That was a big frustration for us," Seever said. "We are trying to be socially responsible and make sure we are not out in public or at work spreading, but when it takes that long to get a test, people are missing work that don't necessarily need to be missing work." 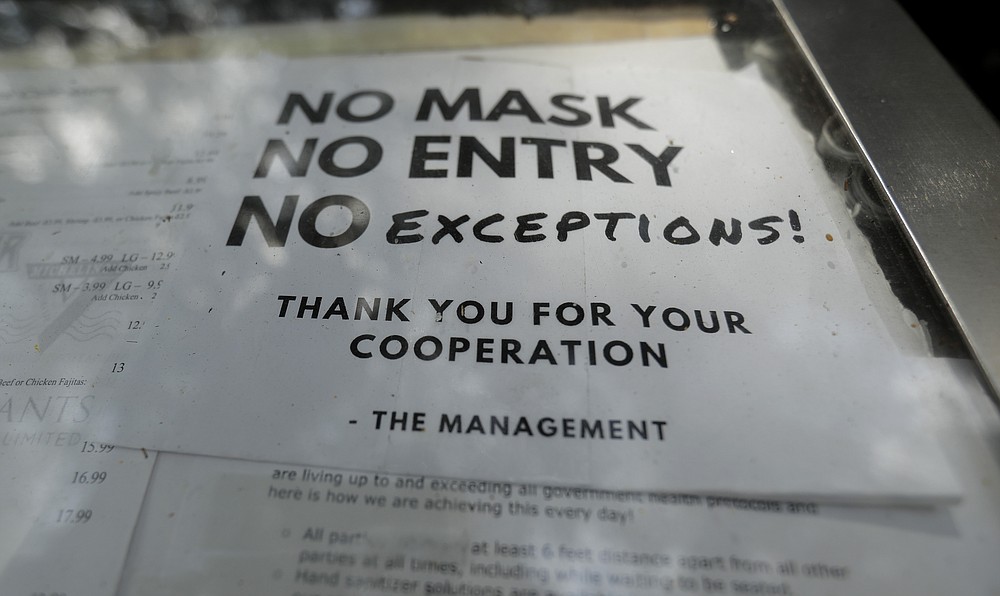 A sign requiring face masks to protect against the spread of COVID-19 is seen at a restaurant, Tuesday, July 7, 2020, in San Antonio. Texas Gov. Greg Abbott has declared masks or face coverings must be worn in public across most of the state as local officials across the state say their hospitals are becoming increasingly stretched and are in danger of becoming overrun as cases of the coronavirus surge. (AP Photo/Eric Gay) 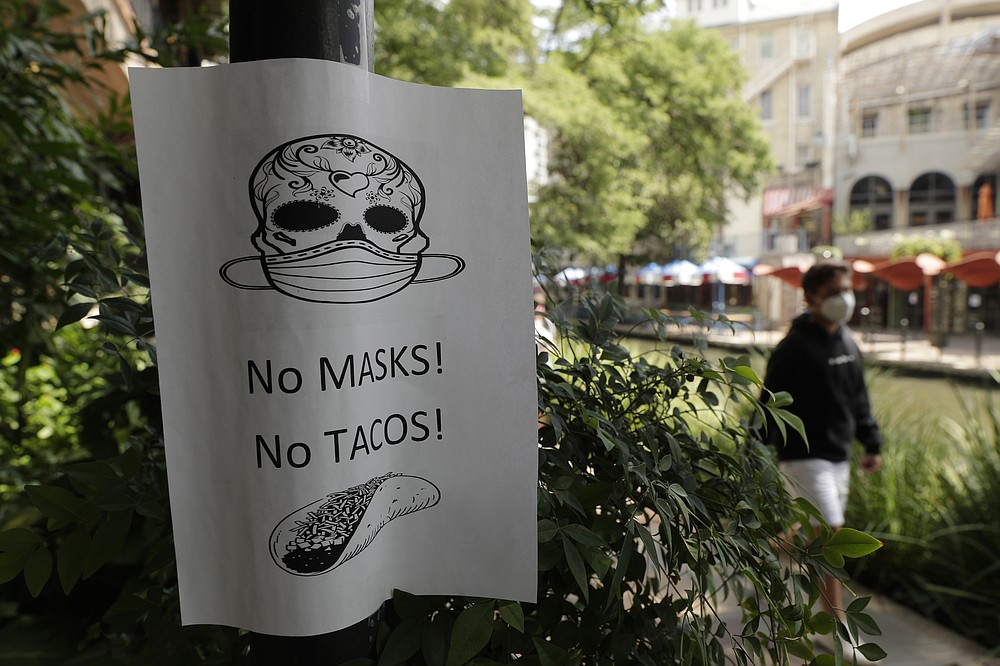 A man wearing a mask to protect against the spread of COVID-19 passes a sign requiring masks at a restaurant, Tuesday, July 7, 2020, in San Antonio. Texas Gov. Greg Abbott has declared masks or face coverings must be worn in public across most of the state as local officials across the state say their hospitals are becoming increasingly stretched and are in danger of becoming overrun as cases of the coronavirus surge. (AP Photo/Eric Gay)