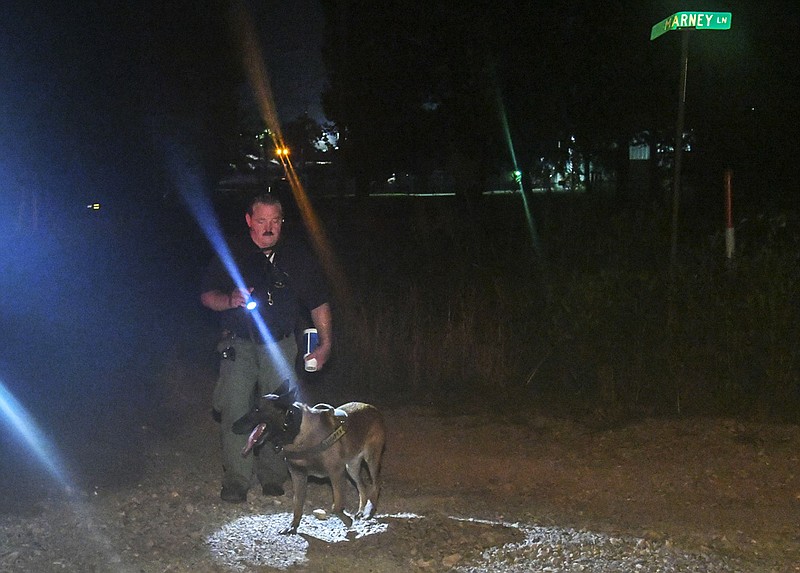 A Garland County sheriff's deputy and a K-9 search the area of Akers Road and Marney Lane around midnight Saturday following a double homicide at a nearby apartment complex at around 6:30 p.m. - Photo by Grace Brown of The Sentinel-Record 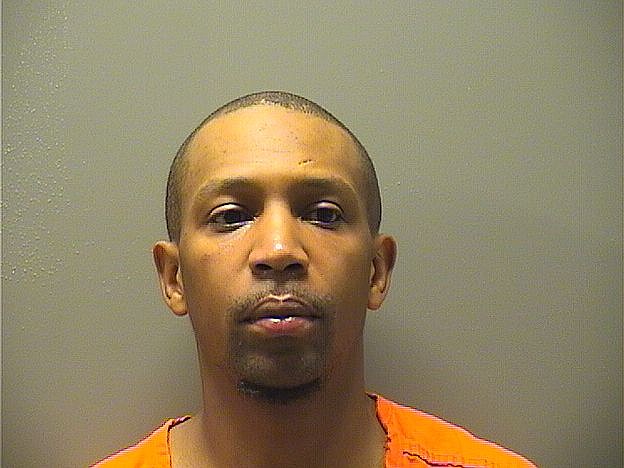 An Arkadelphia man has been charged with two felony counts of first-degree murder for the shooting deaths of two women at an apartment complex in the 900 block of Akers Road.

He remained in custody Sunday on zero bond and will likely be arraigned Monday in Garland County District Court.

Two women were found dead Saturday evening following an apparent shooting at an apartment complex in the 900 block of Akers Road, and one man is in custody following a pursuit by multiple law enforcement agencies that ended in Saline County, Garland County Sheriff Mike McCormick said.

McCormick said the 911 call initially came into the Garland County 911 Communications Center at around 6:30 p.m. as a "shooting in progress." Deputies located two deceased females upon arrival at the apartment complex.

"We do have a suspect in custody," McCormick said at around 11:30 p.m. Saturday. He declined to release the name of the suspect, citing the ongoing investigation. The names of the two homicide victims were also not released.

McCormick said "charges are pending" against the suspect.

The description of the suspect's vehicle was provided to the dispatcher by the 911 caller, McCormick said. "The description was called in with the initial call."

One of the sheriff's department's deputies spotted the suspect vehicle, and a pursuit followed, McCormick said.

"There were multiple agencies" involved in the pursuit, including Arkansas State Police, Hot Springs city police and the sheriff's department, McCormick said.

McCormick noted that it was a "short period of time" from when the initial call came in at 6:30 p.m. and the time the suspect was taken into custody. "Within 30 minutes," he said.

The chase proceeded out East Grand (Highway 70 east), ending in Saline County. McCormick said a state trooper suffered a minor injury as a result of the pursuit, but referred questions about the agency's involvement in ending the pursuit to the Arkansas State Police.

McCormick said to his knowledge the trooper was not transported by ambulance from the scene.

McCormick praised the actions of his deputies, saying they did "an outstanding job locating the vehicles within minutes of the call coming in."

"We certainly appreciate all the assistance from the state police and the city police department," McCormick said. "It's a good example of all of the agencies working together to a successful conclusion."