A simple act leads to an episode of scary racism 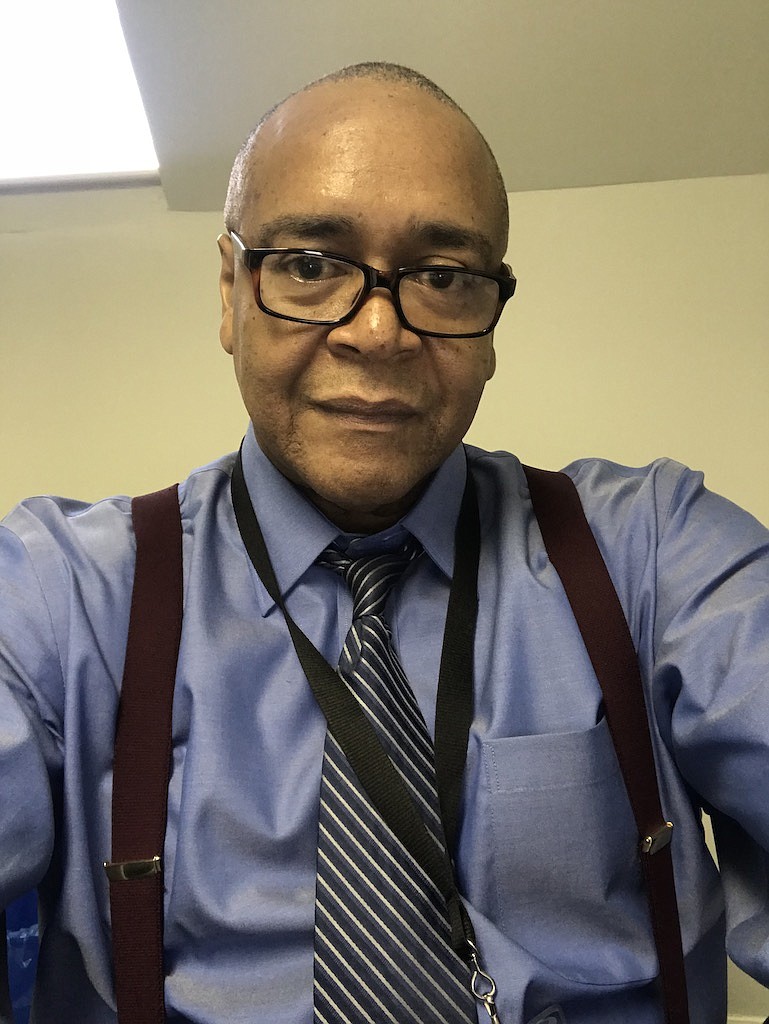 It started over a lighter. Or to be more precise, the search for one.

It was a Sunday night in Rosslyn, VA, circa 1986. I had just gotten off the 2 to 10 shift at USA TODAY and I asked my good friend Steve Jones to ride with me to our favorite bar, where I'd lost my lighter the previous Thursday night.

If you know Rosslyn, you know that on a Sunday night after 10, it literally is a ghost town. You will see very few cars and even fewer people walking around.

Perhaps that's why I was comfortable parking in front of the place, with about half my car still in the driving lane. Taking advantage of my headlights, Steve and I combed the curb outside the bar for my errant lighter. No dice. It was gone.

As we walked back to get in the car, an Arlington County police officer pulled up in his cruiser. I will never forget the conversation. It went something like this:

"What are you doing?" the officer asked. He was white, big, maybe 6-2 around 230 pounds with a broad chest, thick forearms and a bushy brown mustache. And glasses.

"I lost a lighter over here Thursday. It was really nice and monogrammed. So we were looking for it," I answered.

"It takes four eyes to look for a lighter?" he replied. "You work around here? Are you an American citizen?"

Before I could get anything else out, he asked for my license and registration, and I gave it to him. Our heads were swimming. What just happened? Why is he talking to us like that?

Steve and I sat in the car for about 15 minutes while he did ... whatever. He eventually came back, gave me my stuff and said, "This is your lucky night. I have another call that's more pressing. Get out of the street."

It's an understatement to say that we were taken aback by the officer's nasty, curt tone and his threatening nature. We were law-abiding guys. We weren't threatening. We were polite. We were citizens. We were journalists.

But such is life in America when you're black. Your life and your luck can turn on a dime with cops. That's why protesters are marching across America. People of color are tired of rolling the dice on whether we'll run into a so-called good cop or a bad one.

The past several years, it appears that those good cops are as scarce as unicorns. Where were they when Breonna Taylor was shot eight times in her apartment? Or when George Floyd literally was choked to death before our eyes? Or when Eric Garner was killed over selling single cigarettes? Single cigarettes.

This war on people of color is senseless and has cost us a generation. We must stop the killing of our sons, brothers, uncles, fathers and grandfathers now. Right now. But it starts one person, one episode at a time.

Steve and I indeed were lucky that night. The cop drove away. It could have been much, much worse.

It didn't end there, though. The next morning, I called the Arlington chief of police and told him about the uncomfortable conversation we had with the officer. He sort of apologized and said to call him if I had any more problems.

That encounter was worrisome. The next one is what really scared me.

Several weeks later, a young news assistant was at her desk crying as I was about to leave the office, again around 10. She told me she was late for work and had parked in an unfamiliar place and her car had been towed.

Those of us who worked at USA TODAY for a while knew exactly where the cars were taken, so I volunteered to drop her at her car.

As we drove through the quiet streets of Rosslyn and then Arlington proper, I spied something in my rearview that made my blood run cold: The same brash cop I had reported to the chief of police. He clearly was following me. No doubt, he recognized me.

I asked the news assistant if we were friends, and she said yes. So I told her that I was about to be pulled over any minute. I also told her that, if we're friends, please don't try to take up for me or defend me, no matter what the cop says.

You see, the news assistant was a young white woman. And my guess was the cop wouldn't appreciate that, given the vibe in our first encounter.

She assured me she wouldn't and I continued to drive. I made a right turn to head for the tow lot. He continued straight.

My friend cheered at the prospect that he'd gone away. I knew better. Within seconds, he burst around the block from the opposite direction and parked about 15 feet from me. He got out of his car and asked me -- from 15 feet away -- if I'd been drinking.

I told him no. He asked me to get out of the car for a field sobriety test.

He pulled out a Breathalyzer and placed it flat against my headlight. I asked why he was doing that. He said, "I've got to warm it up." Whatever that meant.

I blew. Then he asked me to walk a straight line. I did that, with my back to him. When he turned around, he already had walked back to his car and was about to get in.

I asked if I'd passed. He looked at me -- and this is real talk -- like he wanted to kill me, and said with a drawl that would make Bull Connor proud, "Yeah, you passed." He drove away.

The next morning, I again called the chief of police and liberally sprinkled in the fact that I worked for a national newspaper, and that I was afraid this guy would catch me alone and do something crazy. He'd say I reached for his gun. Or he felt his life was threatened. I was scared now. For real.

That afternoon, I got a call from the Internal Affairs Department at Arlington County. I talked at length to a sergeant there and he told me they'd had complaints about the officer and he appreciated me calling. They would investigate.

Part of that was my doing. For the better part of a year, I no longer went to our favorite Thursday night hangout. I stopped going there and I stopped going into Arlington proper.

It was a small sacrifice, but it's one of those things that you sometimes have to do when you're black in America.

Lee Ivory is a Hot Springs native and a proud Trojan. He's also a former top editor and publisher with USA TODAY and Gannett Co. Inc. He lives in Washington, D.C.