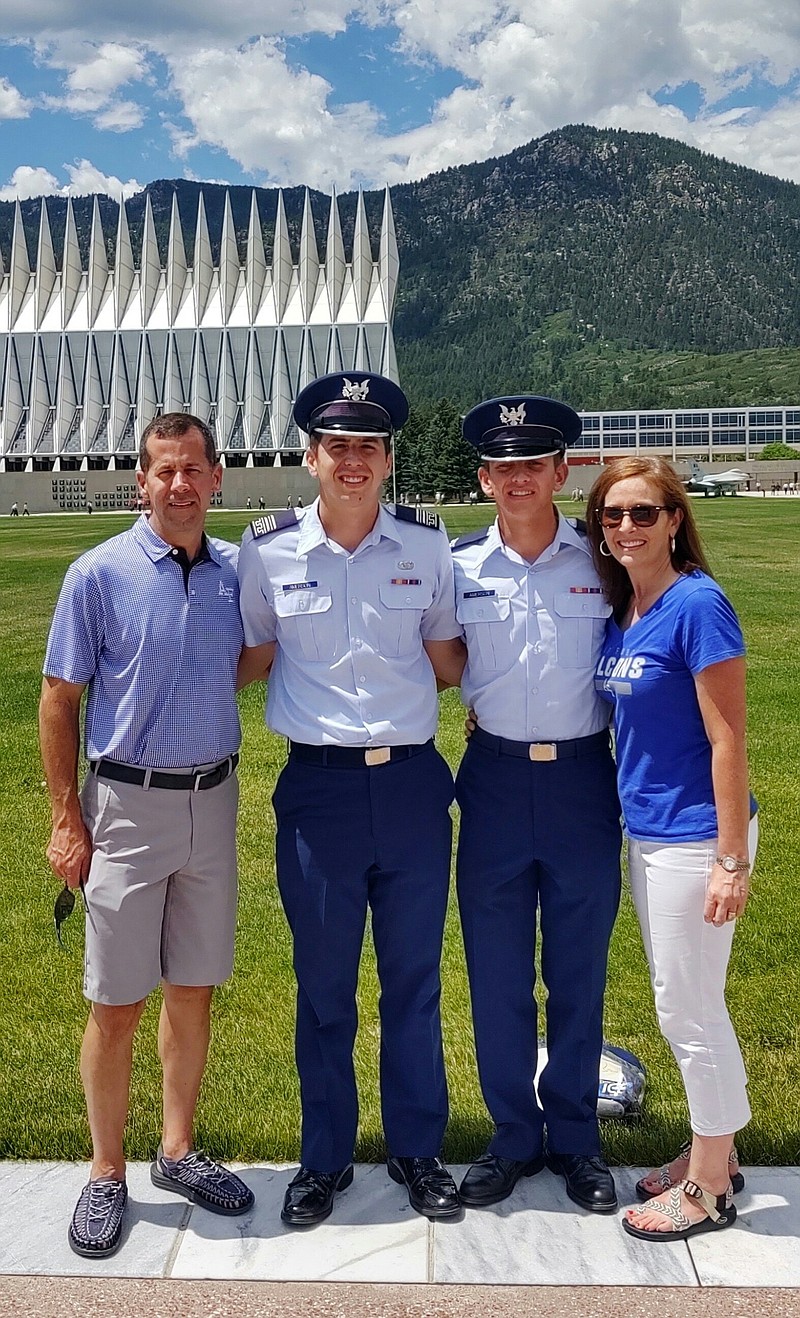 Chad and Christi Amerson, with their sons, Nicholas Amerson, a 2020 graduate of the U.S. Air Force Academy and newly commissioned as a 2nd lieutenant space operations officer, and Lucas Amerson, a Class of 2023 cadet also at the academy. - Submitted photo

Nicholas Amerson graduated from Lake Hamilton in 2016, and his brother, Lucas, graduated in 2019.

"Nicholas Amerson and Lucas Amerson are excellent examples of two Hot Springs area youth who have benefited from the generosity of a local donor with the Hot Springs Area Community Foundation," the foundation said in a news release.

The Lt. Colonel Shannon Beebe Memorial Endowment was established in 2011 by Charlotte Beebe in memory of her son "following his untimely death at the age of 42. Shannon was also a graduate of Lake Hamilton High School; United States Military Academy-West Point and the University of North Carolina-Chapel Hill. Recognized internationally as an expert authority on human security, he was instrumental in the development of the unified command for Africa, ARFICOM. He was an accomplished author, served numerous duty positions, and was an adjunct professor at George Washington University's Elliot School of International Affairs in Washington, D.C. and a frequent guest lecturer on Africa and human security," the release said.