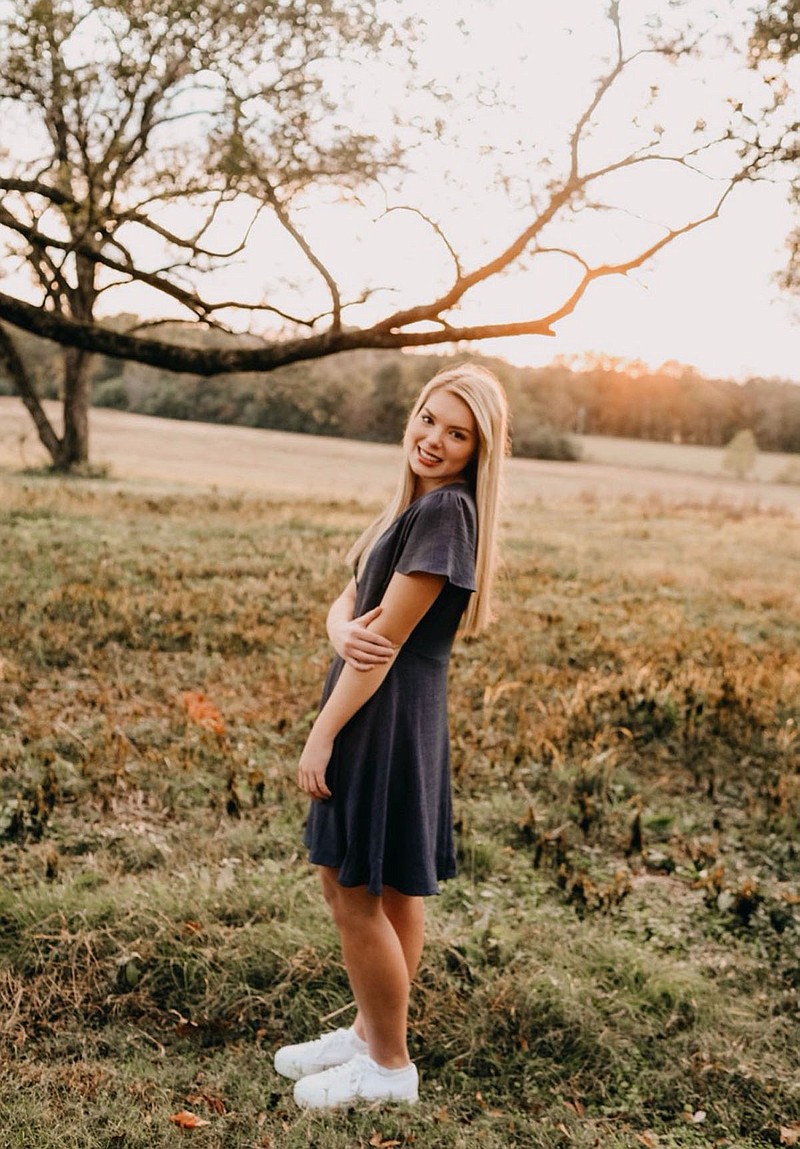 Isabella Grace Calhoun, a graduating senior at Lakeside High School, has been awarded the Chitwood, Johnson, Steinman Endowment Scholarship. Calhoun plans to attend the University of Arkansas in the fall and major in nursing. - Submitted photo

The fund was established in 1997 by Joseph Russell Chitwood, a longtime Hot Springs resident, former postal worker and history enthusiast. Following his death, his heirs have continued to honor his wishes and either awarded an annual scholarship or given one half of the allowable spendable funds to the Garland County Historical Society in years when there have been no applicants, according to a news release from the foundation.

"Since 2002, over $19,983 has been awarded due to Mr. Chitwood's generosity and desire to establish the perpetual fund," the release said.

To be chosen for the scholarship award, the student must be a graduating senior in Garland County who plans to major in social sciences or a related field and will attend an accredited college or university. The student selected must have a high school GPA of 3.00, show financial need, community leadership and the potential to succeed in college.

Calhoun graduated from Lakeside High School with a 4.33 GPA, among the top 5% of her class, and will be attending the University of Arkansas this fall. Calhoun will be majoring in nursing, followed by a Doctorate of Nurse Anesthesia Practice.

"She plans to work in a pediatric hospital because of her love for children," the release said. Calhoun said that she hopes to be a leader in the eyes of her patients.

"I hope that my actions will inspire these children to push through their illnesses and fight," she said in her required essay.

One of her former principals stated in his reference letter that "in everything she does, Isabella puts forth 100% effort and works to make a difference in the lives of others. It is for these reasons that I am certain that Isabella would be an excellent recipient of your scholarship."

"Her strong work ethic is also evidenced by her participation and leadership in a variety of activities, including the tennis team, Beta Club and National Spanish Honor Society," the release said.

More than 700 scholarships are managed by the foundation on their behalf. Email Joyce Whitfield, the foundation's executive director, at [email protected] or call 501-620-4008 for more information.