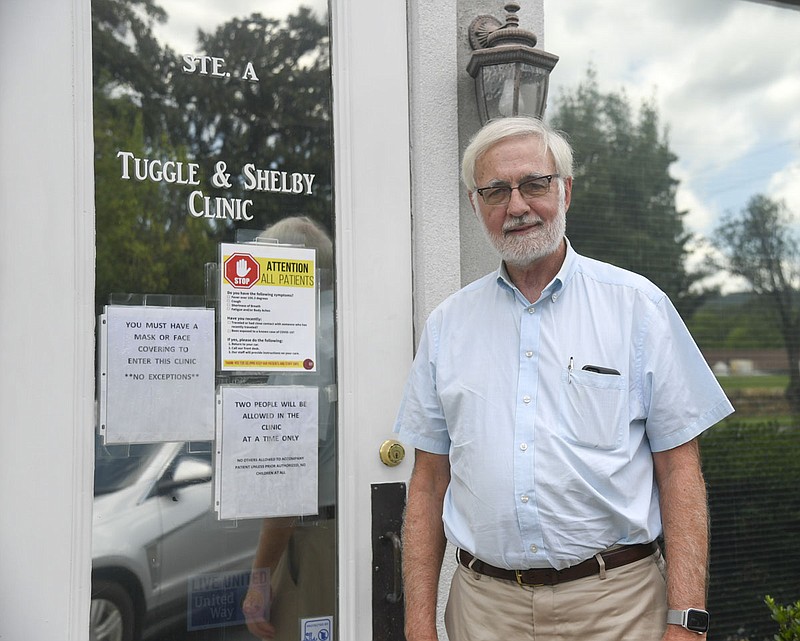 Seven weeks ago local officials were confident the coronavirus wasn't spreading in Garland County. The cumulative infection rate was less than 3%, the county's rolling seven-day average of new infections had been below one for 19 days in a row and only a handful of residents were actively infected.

The numbers tell a different story seven weeks later, pushing the curve of new and active infections to new peaks almost daily. According to data reported by the Arkansas Department of Health, the county's rolling seven-day average of new cases is approaching 30, active cases have increased 1,500% and the cumulative infection rate has risen 73%.

"The numbers don't look good," Dr. Gene Shelby, the county's health officer, told the taskforce organizing the local response to the pandemic Monday at its weekly meeting, according to a news release issued Tuesday. "We are certainly on a major upward trend."

Shelby said Tuesday that not enough people are social distancing and wearing masks, explaining that 80% to 90% needs to abide by the state's mask mandate for downward pressure to be exerted on the curve.

"I don't have any other explanation for why we'd have this uptick we're having," he said. "I think there's plenty of word out there about what people need to do."

Shelby said the advocacy campaign needs to have better reach into the county's Spanish-speaking population. The Health Department's local health unit doesn't have any Spanish-speaking staff, he said, noting The Greater Hot Springs Chamber of Commerce is working with Hispanic-owned businesses to improve outreach.

The county's infection rate during the second, third and fourth weeks of July was 7.5%, 11.7% and 10.8% compared to 2.5% for the week that ended July 5. The latter week had the highest number of test reports since the pandemic began, with more than 1,900. Positive tests as a percent of total tests was higher in subsequent weeks despite lower testing numbers.

"It was about 14 or 15 days after the Memorial Day weekend that we got the first bump," he said. "Then after the Fourth of July weekend we got a big bump just about nine or 10 days after that weekend. I definitely feel like there's a correlation.

"Back in May we really had the virus contained. We had two or three active cases for the whole county, and then all that changed after Memorial Day. I definitely feel like that is one source of our infections."

Shelby said Hot Springs Village residents accounted for only a few of the county's more than 200 active cases. He credited the retirement community for its conscientiousness, noting younger demographics could learn from the older set's response to the pandemic.

He said those 25 and younger account for the biggest growth in cases.

"They're following the guidelines," he said of the Village. "I think they're doing what they're supposed to do. I would say in that population they're not out congregating like some of the younger people around the county."