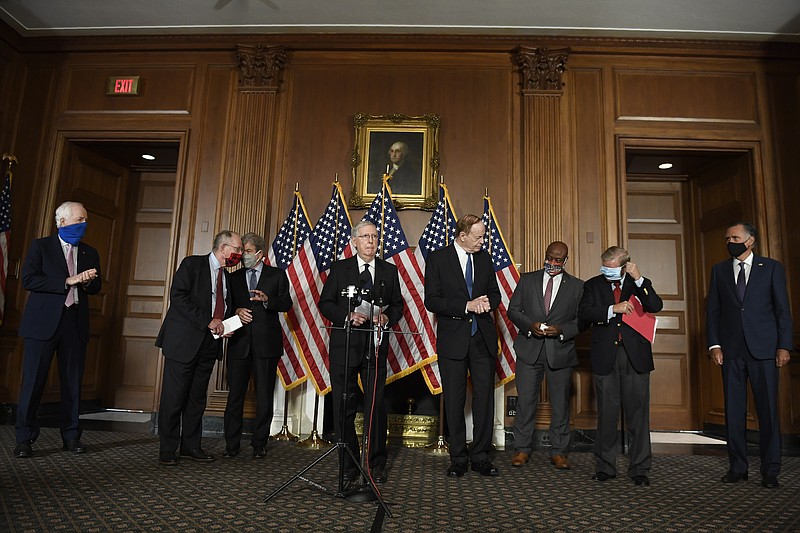 WASHINGTON -- The differences over the next coronavirus aid package are vast: Democrats propose $3 trillion in relief and Republicans have a $1 trillion counteroffer. At stake are millions of Americans' jobless benefits, school reopenings and eviction protections.

As top White House negotiators returned to Capitol Hill on Tuesday, the leverage is apparent. They are meeting in House Speaker Nancy Pelosi's office. Republicans are so deeply divided over the prospect of big government spending that Senate Majority Leader Mitch McConnell is left with a weakened hand.

Striking any agreement between Congress and President Donald Trump by Friday's deadline for expiring aid will be daunting.

The outcome will be a defining one for the president and the parties heading into the November election as an uneasy nation is watching and waiting for Washington to bring some end to the health crisis and devastating economic fallout.

But McConnell acknowledged the limits with Republicans split: "We've done the best we can."

Key to the debate is the $600 weekly unemployment benefit bump that is expiring for millions of jobless Americans. Republicans want to slash it to $200 a week as an incentive to push people back to work. Democrats have shown flickers of willingness to curb the federal aid but are refusing to go that low.

Defending cuts to unemployment assistance, Republicans said the federal supplement is too generous, on top of state benefits, and people should not be paid more while they are at home than they would if they were on the job.

"The American people don't call that a controversy,," McConnell said. "They call that common sense."

Pelosi dismissed the GOP's approach as "wrong," and Schumer responded by waving a copy of a New York newspaper on the Senate floor with the headline summing up the Republican attitude as "Let them eat cake."

With the virus death toll climbing and 4.2 million infections nationwide, both parties are eager for relief. There is some agreement that more money is needed for virus testing, to help schools prepare to open in the fall and to shore up small businesses.

Treasury Secretary Steven Mnuchin and White House chief of staff Mark Meadows arrived on Capitol Hill for a second day of talks with Pelosi and Schumer. They also heard an earful during a private GOP lunch.

Half the Republican senators are expected to oppose any bill. Several senators vigorously questioned Mnuchin, Meadows and McConnell behind closed doors. They warned against caving to liberal demands and worried the price tag will balloon past $1 trillion, said Republicans who spoke on condition of anonymity to discuss the private lunch.

Democrats want to extend a federal eviction moratorium on millions of rental units that is expiring Friday, but Republicans are silent on evictions.

One major sticking point will be over funding for cash-strapped states and cities. Democrats proposed nearly $1 trillion for states and cities to avert municipal layoffs of government workers. Republicans gave no new money and prefer providing them with flexibility in previously approved aid.

The two bills are widely seen as simply starting points in talks. Sen. Lindsey Graham, R-S.C., said McConnell would be lucky to get half the Republicans on board.

"We're in a war, OK, with the virus," Graham said at the Capitol. "If you don't think we need money for hospitals and doctors, you're not looking at the same movie I'm looking at."

An area of common ground is agreement on a new round of $1,200 direct payments to Americans earning $75,000 or less.

But Democrats also add a "heroes' pay" bonus for front-line workers, money for food stamps and other assistance.

The Republicans come to the negotiating table hobbled by infighting and delays. Conservative Republicans quickly broke ranks, arguing the spending was too much and priorities misplaced.

Sen. Rand Paul, R-Ky. scoffed earlier that McConnell's bill was sure to win support -- from Democrats.

Republicans were scrambling to justify providing $1.7 billion for a new FBI headquarters in Washington that's a top priority of the president but not of lawmakers or McConnell. Trump's hotel is across the street from it on Pennsylvania Avenue. Keeping the property in federal hands, rather than relocating the FBI to neighboring Maryland or Virginia as some propose, prevents competing hotels on the prime downtown corner.

As bipartisan talks unfold, the White House has suggested a narrower relief package may be all that's possible. Democrats have dismissed that as too meager. And Sen. John Cornyn, R-Texas, said, "I haven't heard any support for that."

The $600 weekly jobless benefits boost, approved as part of the March aid package, officially expires Friday, but because of the way states process unemployment payments, the cutoff has effectively begun.

Under the GOP proposal, the jobless boost would be reduced to $200 a week through September and phased out to a new system that ensures no more than 70% of an employee's previous pay. States could request an additional two months, if needed, to make the transition. 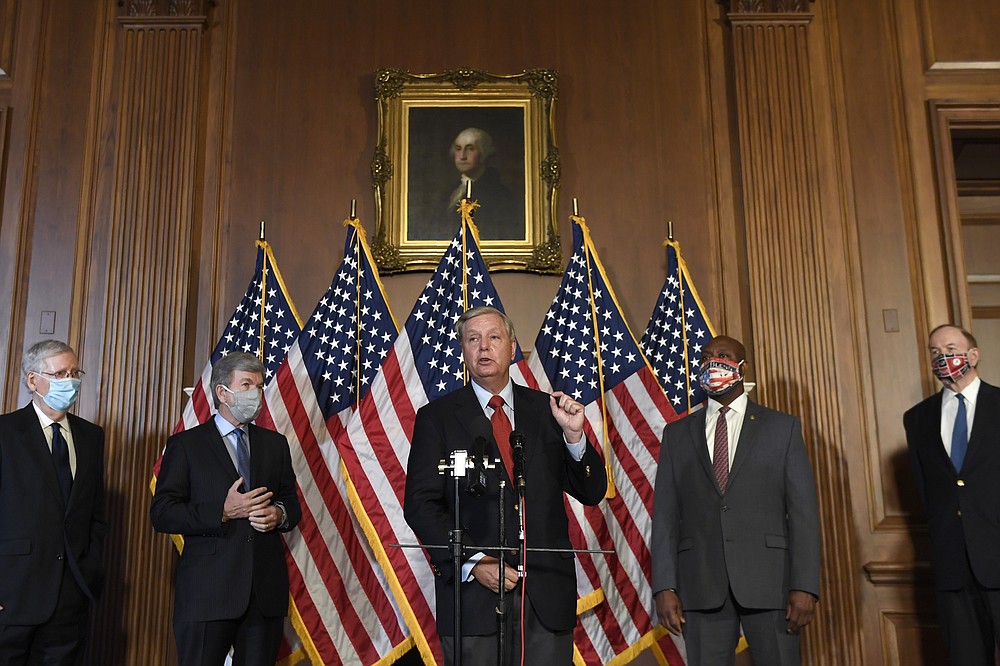 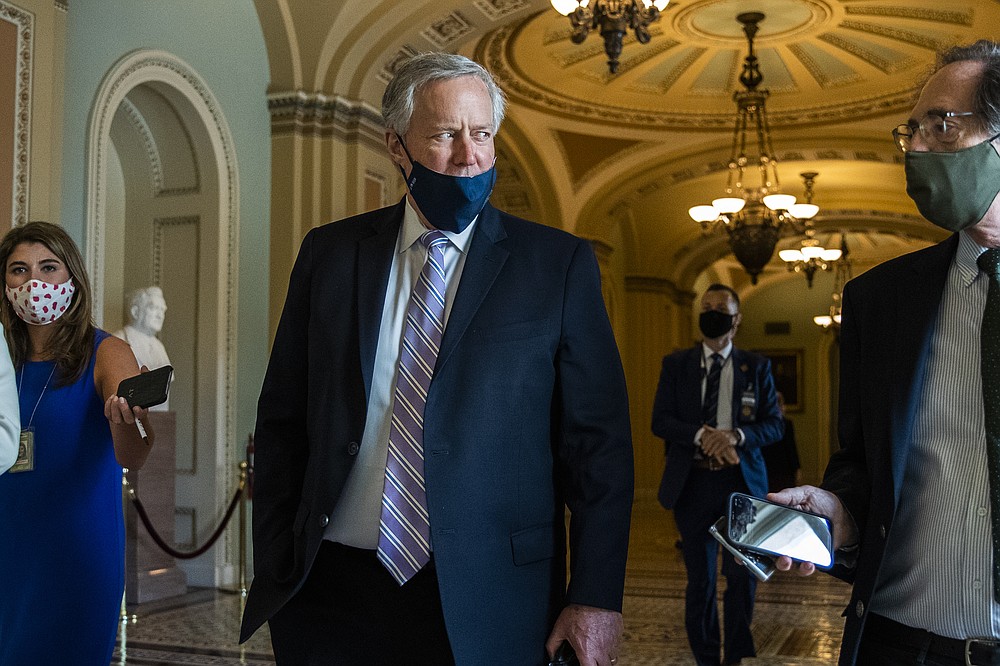 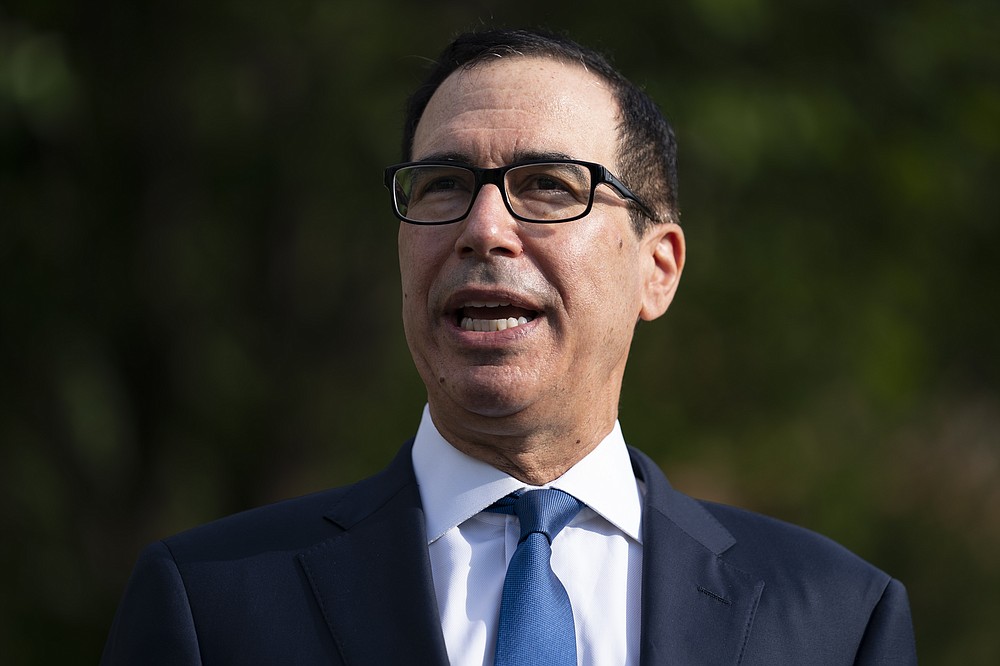 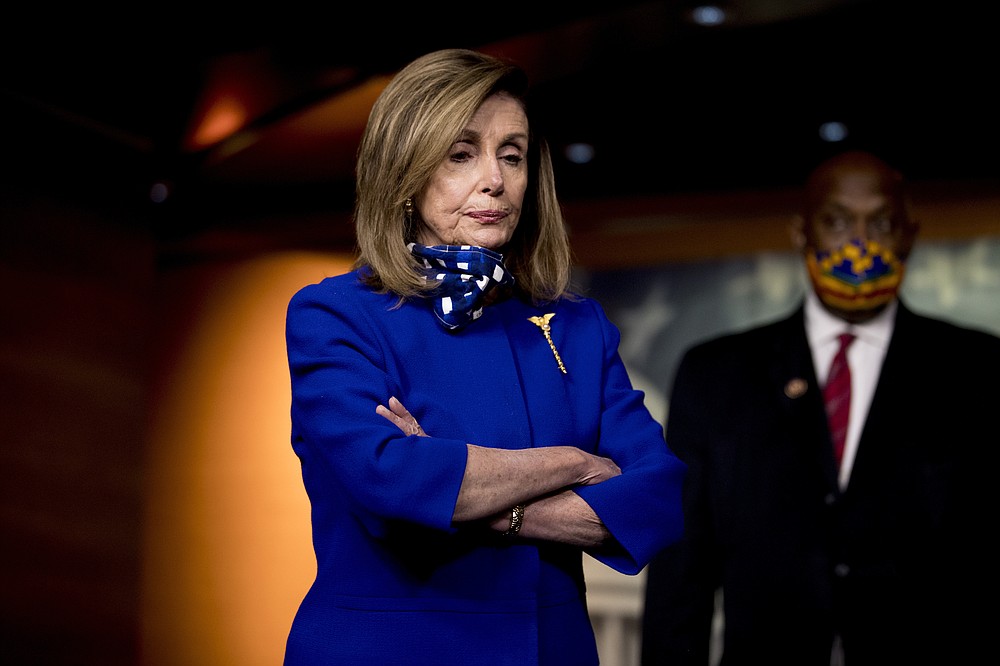 House Speaker Nancy Pelosi of Calif., left, accompanied by Rep. Dwight Evans, D-Pa., right, listens to a question from a reporter during a news conference on Capitol Hill in Washington, Friday, July 24, 2020, on the extension of federal unemployment benefits. (AP Photo/Andrew Harnik) 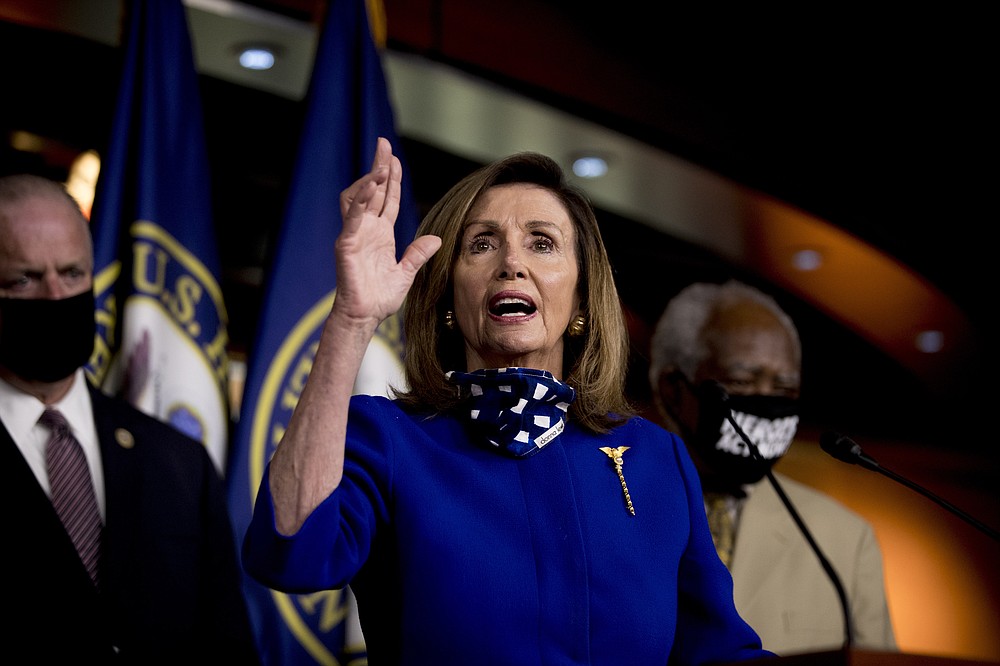