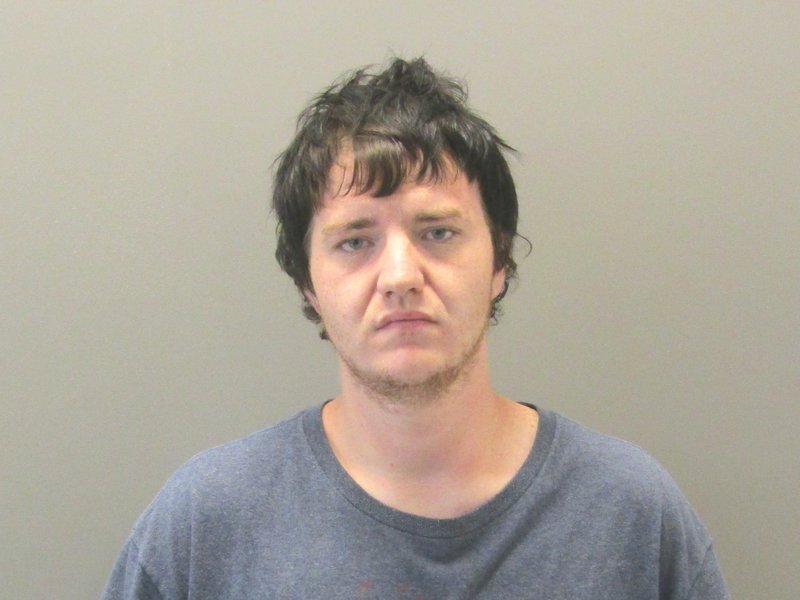 A Mountain Pine man was sentenced to 25 years in prison Monday after pleading guilty to the rape and sexual assault of a 3-year-old girl last year and to assaulting two Garland County sheriff's deputies while in jail.

A court order permanently barring Jones from any contact with the victim or her family was also issued and Jones will have to register as a sex offender upon his release. He will be given credit for time served and court costs were expunged.

Garland County Prosecuting Attorney Michelle Lawrence told The Sentinel-Record Tuesday that the minimum sentence on the rape charge, because the victim was under the age of 14, was 25 years and Jones was willing to accept the sentence without the victim having to testify in court.

"We consulted with the victim's family and this is what they wanted," Lawrence said. "Their main concern was that he serve a large chunk of time without her having to testify."

Lawrence noted Jones will have to serve 70% of his sentence, or almost 18 years, before he is eligible for parole and the victim, who is 5 now, will be 22 or 23 by then.

"We had good evidence in the case, some really compelling evidence," she said, but the victim not having to testify or go through a trial at her young age was a deciding factor.

According to the probable cause affidavit on the rape and sexual assault charges, on May 13, 2019, Garland County sheriff's Deputy Elwood McConnell responded to a residence in Mountain Pine regarding the sexual assault of a 3-year-old girl by a known suspect, identified as Jones.

McConnell was shown a green Mead composition book by the girl's mother that contained sexually explicit writings about the girl, including a detailed description of rape involving the girl.

On May 21, the girl was questioned at the Cooper-Anthony Mercy Child Advocacy Center by forensic interviewer Lauren Walker which was observed by sheriff's Investigator Jennifer Tonseth and advocate Taylor May. During the interview, the girl reportedly stated Jones was "talking in her ear" in her room and said, "I love you."

The victim reportedly described Jones as "a monster."

That same day, Jones was questioned at the sheriff's department after being read his rights and admitted the composition book was his, but initially denied writing anything sexual about the victim. Then he stated the writing "does look like his handwriting."

Later in the interview, Stone admitted to writing the things about the victim and asked to see photocopies of the writings. He then outlined areas of the writings and stated "this is what I did and the rest was just fantasy."

Jones was charged later that same day with the three felony counts. On Oct. 15, 2019, his attorney, Clay Janske, filed a motion for a mental evaluation which was granted and ordered. He was found fit to proceed at a hearing on Dec. 27.

According to the affidavits on the two separate battery charges, on Oct. 4, 2019, shortly before 5:30 p.m., Jones punched Deputy Lance Cooper in the face multiple times during an altercation at the jail, injuring Cooper.

It was noted the entire incident was captured on the jail's security video and Jones later admitted to hitting Cooper.

On Jan. 2, around 5 p.m., Jones struck Deputy Jeremy Rowland in the face using the phone located in the day room. Rowland then wrestled him to the floor and held him until other deputies arrived to assist.

Jones continued to resist and he had to be pepper-sprayed at one point before they got him under control. Rowland reportedly sustained a laceration under his right eye and redness to the right side of his body.