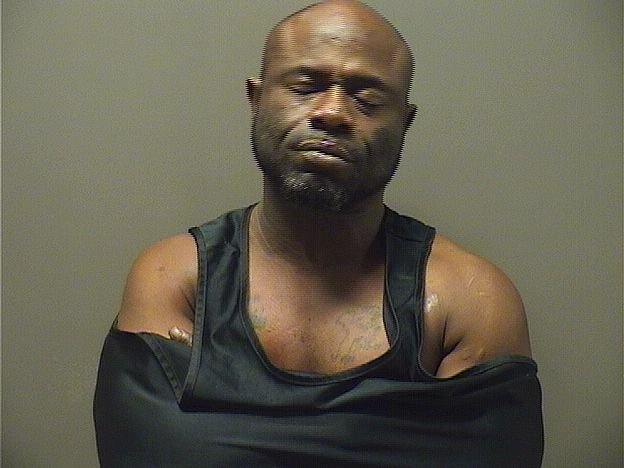 A felon sought on warrants was arrested early Tuesday on multiple felony charges after fleeing a routine traffic stop when a gun and drugs were allegedly found in his possession.

Bowman, who also had warrants for two counts of failure to appear and one count of delivery of meth, punishable by up to life in prison, was also cited for driving on a suspended driver's license, failure to obey traffic devices, improper vehicle lights, no proof of insurance, impeding traffic and not wearing a seat belt.

He remained in custody Tuesday on zero bond and is set to appear today in Garland County District Court.

According to the probable cause affidavit, shortly before 1 a.m. Tuesday, Garland County sheriff's Deputies John Blunkall and Kevin Hampton tried to make a traffic stop on a green Nissan pickup truck at North Mission Street and Albert Pike Road after noting the truck's passenger side headlight was out and impeding the flow of traffic.

They activated their lights, but the driver, later identified as Bowman, refused to stop and ran the red light at Albert Pike and Airport Road and continued eastbound. They activated their siren as Bowman turned onto Cooper Street and pulled into the Shadowbrook Apartments at 220 Cooper where he finally stopped.

The deputies got out and ordered Bowman to put his hands up. Bowman allegedly tried to exit out the passenger door, but Hampton opened the driver's door and told Bowman to get out and get on the ground. Bowman got out and began to go toward the ground but then abruptly fled on foot.

He only went about 50 feet before falling over a curb and finally surrendering. While he was being taken into custody Bowman allegedly stated he ran "because I have warrants."

In searching the truck, deputies reportedly found a 9-mm semi-automatic pistol in the center console and a search of Bowman's person uncovered a glass pipe. A computer check revealed the three felony warrants for his arrest and he was cited for the traffic violations.

Once at the jail, a more thorough search of Bowman's person uncovered a baggie of what later tested positive for meth, .08 gram, in his shoe.

According to the affidavit on the delivery of meth warrant, which was issued Jan. 22, between Aug. 1, 2019, and Jan. 14, agents with the 18th Judicial District East Drug Task Force and Homeland Security used a confidential informant to purchase meth from Bowman in Garland County.

The affidavit notes the amount of meth was over 10 grams, but less than 200 grams.