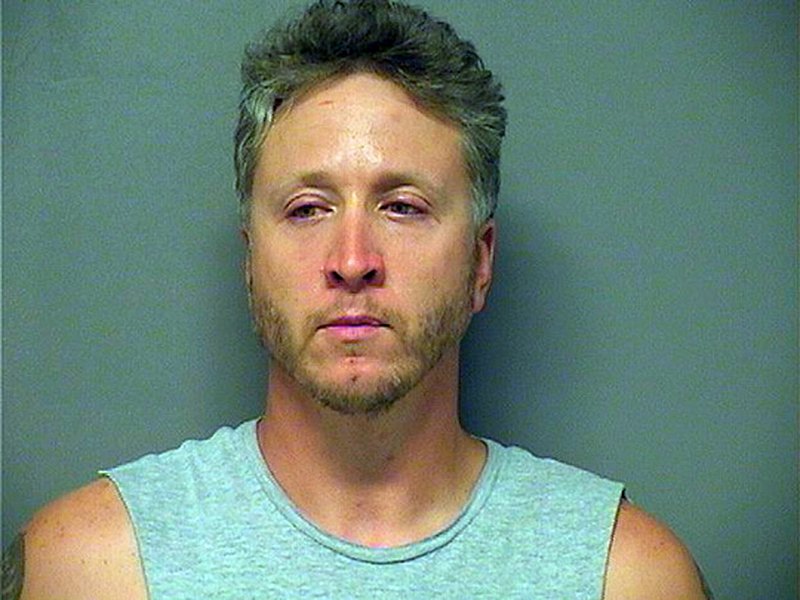 A Hot Springs man was arrested late Tuesday on a felony battery charge after allegedly brutally beating his wife, knocking out several of her teeth and possibly breaking her jaw.

Jason Robert Fryhover, 39, who lists a Coventry Trail address, was taken into custody shortly after 11 p.m. and charged with second-degree domestic battery with aggravating circumstances, punishable by up to 20 years in prison.

Fryhover was being held on zero bond and was set to appear Wednesday in Garland County District Court.

According to the probable cause affidavit, shortly after 8 p.m. Tuesday, Hot Springs police responded to 847 Third St. regarding a battery that had just occurred and were told the victim, Hali Breann Fryhover, 29, was at the McDonald's, 1214 Albert Pike Road.

Officer Jason Greene responded to the McDonald's and made contact with Hali Fryhover who "seemed disoriented" and was bleeding from several areas on her face. Greene noted she couldn't open her jaw without extreme pain, but was able to tell him Jason Fryhover had punched her "over and over and over" at the Third Street location.

Greene noted the victim had blood running from her nose and lips, several of her front teeth were broken off, some at the gum line, and she had large amounts of bruising on both sides of her face, a bleeding cut below her left temple, swelling above her hairline and numerous bruised areas on her arms.

Hali Fryhover was transported by LifeNet to National Park Medical Center and later told Greene she could remember at least five punches before she lost consciousness. She said she woke up on the floor and could not say if she was hit more after she was unconscious. She was able to get in her car and drive away as Jason Fryhover fled the scene.

The affidavit notes it was unknown Tuesday night if Hali Fryhover suffered a broken jaw or any other facial fractures because X-rays had not been taken at the hospital yet at the time of report.

Officers canvassed the area but were unable to locate Jason Fryhover at that time. About three hours later, he was located back at the Third Street location and taken into custody. While en route to the jail, he allegedly made several comments about "how he hoped Hali was injured."

According to court records, Jason Fryhover was previously arrested on Oct. 9, 2019, on a misdemeanor count of third-degree domestic battery involving Hali Fryhover. On Oct. 11, he pleaded not guilty to the charge in district court and was released on a $1,000 bond. A court order barring him from contact with his wife was issued.

At a hearing on Nov. 21, Jason Fryhover and his wife both appeared and she requested the no-contact order be removed. He was told to attend an "Art of Marriage" class and the case was set for a review on June 18.

On Dec. 17, 2019, Hali Fryhover was arrested on a misdemeanor count of third-degree domestic battery against her husband. She pleaded not guilty the next day in district court and was released on $1,500 bond. That case is also set for trial on June 18.