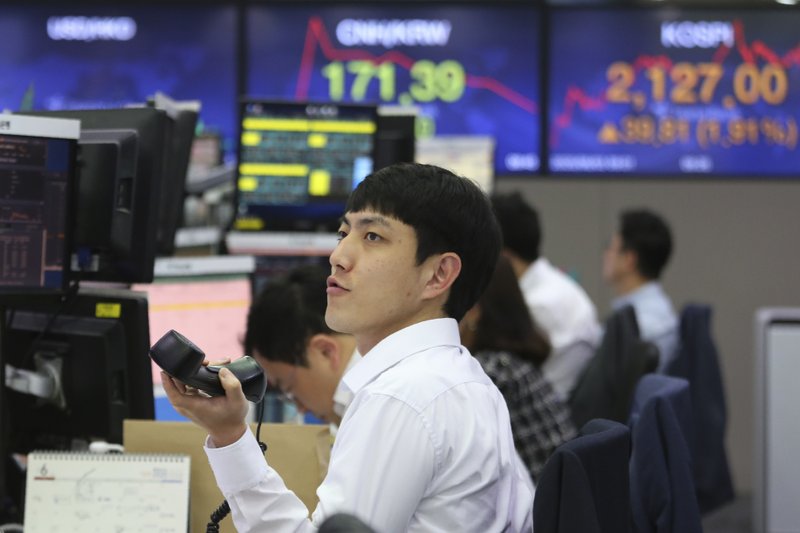 Stocks bubbled even higher on Wednesday, vaulting Wall Street back to where it was just one week after it set its all-time high earlier this year, as optimism builds that the economy can climb out of its current hole relatively quickly.

The S&P 500 rose 1.4% for its fourth straight gain as lockdowns loosen around the world and raise hopes for a coming economic recovery. Treasury yields also strengthened in a sign of improved confidence after reports suggested that while the U.S. economy is still getting pummeled, it may not be as bad as economists had feared.

"It's fairly clear to us that the economy clearly bottomed in late April and early May," said James Ragan, director of wealth management research at D.A. Davidson. "At some point the concern will be on the pace of the recovery and not just the recovery itself."

A survey from payroll processor ADP said that private employers cut nearly 2.8 million jobs last month, but that was much milder than the 9.3 million that economists told investors to expect. That raises optimism that Friday's more comprehensive jobs report from the U.S. government may also not be as bad as feared. Economists say it may show a loss of 8 million jobs, which would be a deceleration from April's loss of 20.5 million jobs.

Companies that would most benefit from a growing economy led the market Wednesday, continuing a recent trend as hopes rise that the economy and life in general can return closer to normal as business-shutdown orders lift.

Financial stocks in the S&P 500 jumped 3.8% for one of the largest gains among the 11 sectors that make up the index. JPMorgan Chase rose 5.4%, and Wells Fargo added 5.2%. They recovered more of the losses sustained earlier this year on worries that the recession would mean waves of loan defaults for them.

Smaller stocks were also among the market's biggest winners, as they often are when expectations are rising for the economy's strength. The Russell 2000 index of small-cap stocks rose 2.4%.

Stocks that had been stalwarts earlier when investors were building portfolios that could win in a stay-at-home economy, meanwhile, were lagging. Netflix fell 1.2%.

In other trading, chicken company Pilgrim's Pride lost 12.4% after its CEO was among several industry executives charged with price fixing by a federal grand jury, and movie theater operator AMC Entertainment fell 2.5% after saying it may not survive the coronavirus pandemic, which has shuttered its theaters.

The four straight gains for the overall S&P 500 mark its longest winning streak since early February, before the market sold off by nearly 34% on worries that the coronavirus outbreak will send the economy into its sharpest recession in decades.

Stocks have been climbing since late March, at first on relief after the Federal Reserve and Congress promised massive amounts of aid for the economy. More recently, the driving force has been optimism that growth can resume as states across the country and nations around the world lift restrictions on businesses intended to slow the spread of the outbreak.

Widespread protests around the country following the killing of George Floyd haven't dented the rally, at least so far. One worry is that by bringing so many people together, the protests could also lead to more infections of the coronavirus.

Many professional investors have been warning that the stock market's rally may have been too much, too soon. The recovery for the economy is likely to be much slower than the sharp rebound the stock market has just undertaken, which could be setting investors up for disappointment.

Concern is particularly high that stock prices have climbed much faster than expectations for coming corporate profits and other measures of financial health, which is pushing up what Wall Street calls "valuations" for stocks.

Even though early data suggests people want to get back to restaurants and shops, the recovery may be slower than expected, said Megan Horneman, director of portfolio strategy at Verdence Capitol Advisors.

"This is a combination of some better economic indicators with the amount of money that the Fed has pumped into the economy," she said of the market's rally. "However, when you're dealing with heightened valuations, it is dangerous to chase some of that momentum."

The yield on the 10-year Treasury rose to 0.75% from 0.68% late Tuesday. European and Asian stock markets also rose.

Print Headline: Wall Street's rally rolls on; S&P; 500 back within 8% of high