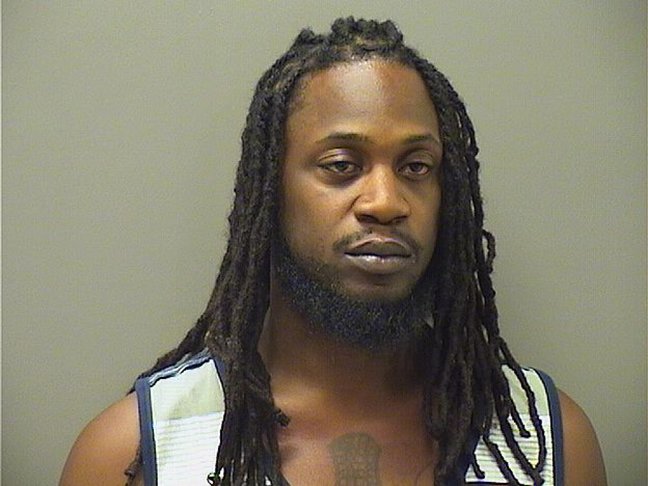 A Hot Springs man arrested early Wednesday on felony charges after allegedly shooting a woman passing by in a car and at a neighboring house reportedly told Hot Springs police that two others fired the shots.

Antramon Juvar Ford, 29, was taken into custody at 205 Wood St. shortly after 2:30 a.m. and charged with two counts of committing a terroristic act, punishable by up to life in prison, and one count of first-degree battery, punishable by up to 20 years. He was being held on zero bond and is set to appear today in Garland County District Court.

According to the probable cause affidavit released Thursday, around 2 a.m. Wednesday, officers responded to 205 Wood St. regarding a shooting. They found a white Ford F-150 pickup truck off the road in front of a residence at 216 Wood St. with multiple bullet holes in it.

Officers approached the vehicle and found the driver, identified as Melissa Passarelli, 34, of Hot Springs, who had been shot and was screaming for help. She was transported by LifeNet to CHI St. Vincent Hot Springs where she was treated for gunshot wounds to her left leg.

The affidavit notes officers also found multiple bullet holes in the residence at 216 Wood, which was occupied at the time of the shooting.

Officers made contact with the occupants at 205 Wood St. after locating multiple casings in front of the house. Detective Joey Vanderburg questioned one male occupant who stated he was there visiting his girlfriend and was standing outside in the front yard smoking a cigarette.

After being read his rights, Ford was questioned and stated he had seen a white truck drive by the house several times "real slow." He said he told two other persons in the yard to "get ready" and then got his gun ready.

He said as the truck came back toward the house from the east, the other two persons began shooting at it.

The inmate roster lists Ford's address as Bryan, Texas, but Cpl. Joey Williams, the department's public information officer, noted Wednesday that Ford has been living in the Hot Springs area for several years.