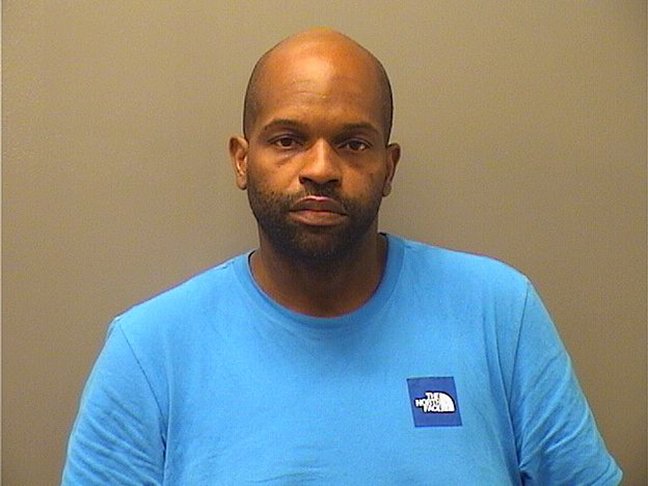 A North Little Rock man was arrested on felony assault charges after allegedly trying to run over multiple shoppers in the parking lot of Hot Springs Mall Thursday morning.

Dadrain Dantwone Banks, 42, was taken into custody around 11 a.m. at the mall, 4501 Central Ave., and charged with three counts of aggravated assault, punishable by up to six years in prison.

Banks was being held on a $7,500 bond and was set to appear Friday in Garland County District Court.

According to the probable cause affidavit, shortly before 10:30 a.m. Thursday, Hot Springs police responded to the mall regarding an assault involving the driver of a gold or silver passenger car trying to run over people in the parking lot near Sears.

The victims stated that as he passed them, the driver yelled, "Get your racist (expletive) out of here!" A male witness later told police he saw a gold Chevrolet car speed toward the couple and saw them jump out of the way. He said the car stopped and he saw the driver's door open and could see the driver yelling at the couple but could not hear what he was saying.

A third alleged victim told police the same vehicle tried to run him over. He said he was walking around the mall and the Chevrolet car accelerated toward him and he had to jump into the grassy area near Central to avoid being hit.

He said the car circled the island and accelerated toward him a second time and he jumped out of the way again as the car "turned sharply just prior to hitting the curb." He said the male driver was yelling as he passed but he couldn't understand what he was saying.

He said he ran toward Ross Dress for Less, 4415 Central, and the car began chasing him. As he got to the business, the driver got out of the car and "stared at him" while "mumbling something." He said he went inside the store to call police and when he came back out the man was gone.

According to court documents, Banks pleaded guilty on March 11 to a felony count of second-degree domestic battery in Pulaski County Circuit Court and was sentenced to six years' probation and ordered to seek mental health treatment.