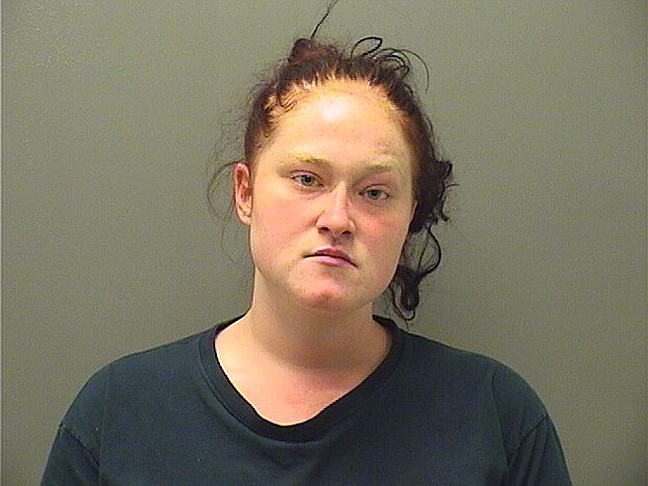 An Amity woman who reportedly broke into the Hot Springs home of an acquaintance earlier this year, stole his vehicle and then wrecked it was arrested on felony warrants Tuesday morning.

Cook, who lists no prior criminal history, was held overnight in lieu of $7,500 bond and was set to appear Wednesday in Garland County District Court.

According to the probable cause affidavit, on April 12, a local man reported the theft of his 2009 Kia Optima that was parked at his residence in the 2300 block of Lakeshore Drive.

He told Hot Springs police he woke up that morning and discovered the front window of his house was open and his car keys were missing from inside the house and his car was gone. He noted he and his family were sleeping at the time of the burglary and theft.

Shortly before midnight the night before, police had responded to the 500 block of Summer Street regarding a vehicle that struck a building. The driver had fled the scene, but officers were able to locate her and identify her as Cook, who reportedly admitted to driving the vehicle and fleeing the scene because the car did not belong to her.

The Optima had not been reported stolen at that point, so Cook was cited for careless and prohibited driving and charged with a misdemeanor count of leaving the scene of a property damage accident.

The owner of the vehicle said he had received a text message from Cook, described as an acquaintance, saying she was sorry for taking the vehicle and she would replace it. The owner noted Cook did not have permission to enter the house or to take his car.

The affidavit notes the Optima was valued at $3,763 prior to the wreck but sustained substantial front-end damage from crashing into the building.