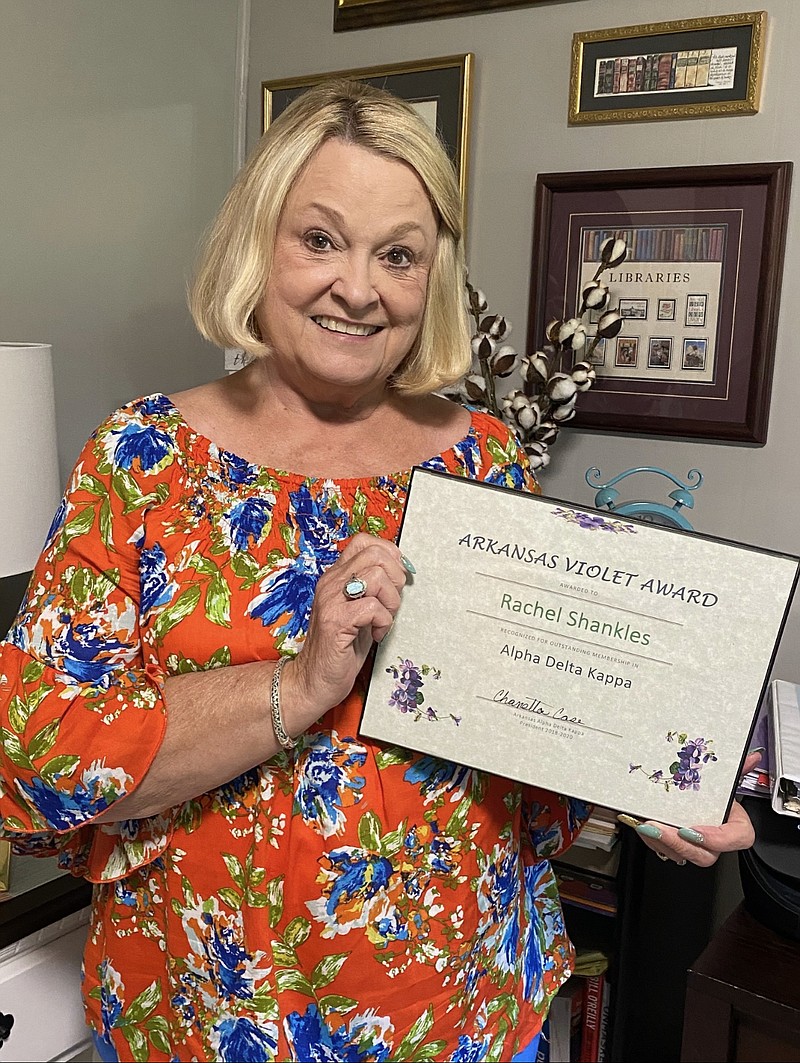 "It's very rewarding because I always try to help pay back the organization for everything it has done for me over the years. I've been a member since 1982," said Shankles, a retired library media specialist for the Lakeside School District.

"We are an organization for female educators. So, we try to find young teachers that need mentoring and try to help them. We provide a lot of scholarships for teachers to go to further their education," she said.

"We talk to teachers about that. We can accept teachers of any age group, any amount of service and even retired teachers. We asked all our friends, and we have people from all the school districts in the county," Shankles said.

She said that the President's Violet Award is given every two years. The award was established in the last biennium to recognize someone for outstanding service to the organization.

"We've built several schools in other countries -- two schools in Vietnam, one in Peru and one in Haiti. We're in the process of building another one in Haiti, and I'm in charge of that right now," she said.

Shankles said that the organization funds the schools, and they mainly check on it through email. Every two years, the international Alpha Delta Kappa picks a new world understanding project to find.

"Being the committee chair for international world understanding, I have to coordinate the fundraising and (things of that nature)," she said.

Getting the award has reinforced what she does to further education in Arkansas, Shankles said.

She decided to join Alpha Epsilon Chapter in 1982 because it represented an elite group of teachers who had leadership abilities and who were outstanding teachers.

"We tried to look for the best teachers to join the group. I wanted to be a part of it because they do all kinds of altruistic work, like my local group, Alpha Epsilon gave a $1,000 dyslexia scholarship this year, and to $500 scholarships to Lakeside students," Shankles said.

Joining the organization has helped Shankles as a person to gain friendships not just in Alpha Delta Kappa and the United States but all over the world such as Canada, Puerto Rico and Hawaii.

"I get to see (my friends) at conventions and conferences in the summertime. (I have) made some very special friends. It helped me develop leadership skills," Shankles said.