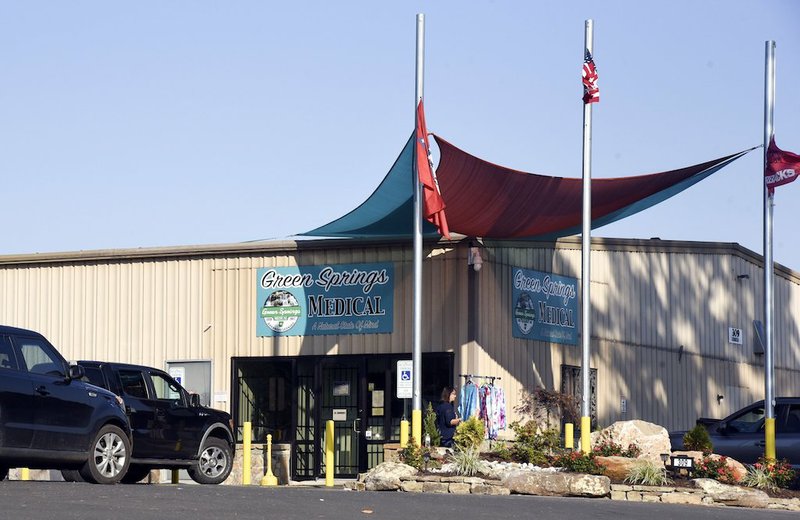 The 22 dispensaries in operation statewide reported $99.16 million in sales on 15,838 pounds sold through Thursday. The $100 million threshold has been crossed 13 months after the state's first legal sale of marijuana last May in Garland County.

Green Springs Medical, the only licensed dispensary in the city limits of Hot Springs, trailed the ReLeaf Center in Bentonville for the statewide sales lead during the 15 days covered by the Arkansas Department of Finance and Administration's latest sales report. It was the first time the Seneca Street location wasn't the top seller.

It reported 123.23 pounds sold from June 12 through Thursday, trailing the 128.03 pounds reported by the ReLeaf Center. Green Springs' 2,774.97 pounds sold since it opened last May leads the state, more than doubling the next closest dispensary, Acanza in Fayetteville.

The northwest Arkansas location has reported 1,257.83 pounds sold since it opened in September.

Suite 443, Garland County's other licensed dispensary, trailed Natural Relief in Sherwood for third place on the latest sales report. Its 83.93 pounds sold during the 15-day reporting period lagged Natural Relief, 84.89 pounds, by less than a pound. The state's first legal sale of marijuana came last May at Suite 443, the Malvern Avenue dispensary near the Hot Spring County line.

The Arkansas Department of Health had issued 63,951 patient cards as of Friday. Arkansas voters legalized marijuana for medicinal use in 2016, with 53% supporting the enabling amendment to the state Constitution.