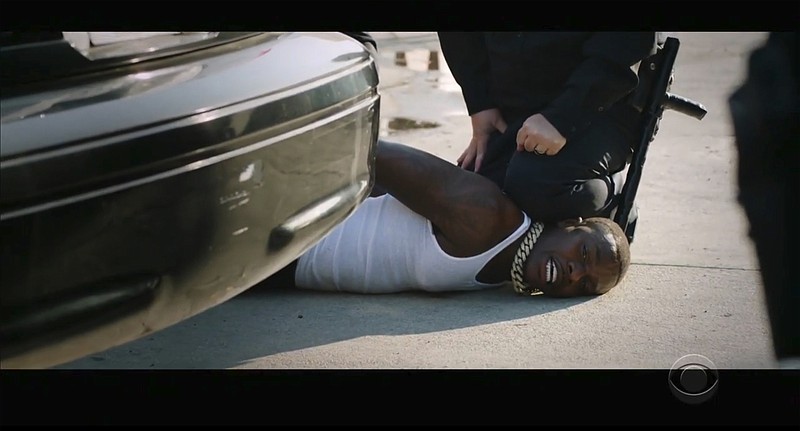 NEW YORK (AP) -- The BET Awards served as an extension of the voices of Black people protesting in the streets about the inequalities Black people face daily, as artists used their performances to highlight the Black Lives Matter movement, civil rights and the lives of those lost because of police officers, including George Floyd.

DaBaby, with his face pressed against the ground as an officer's knee crippled his neck -- replicating the last moments of Floyd's life -- rapped a verse from the Black Lives Matter remix of his hit song "Rockstar." His performance also featured images from protests, a reflection of the current world in the wake of Floyd's death and the death of others, including Breonna Taylor and Ahmaud Arbery.

Sunday's show, a virtual event because of the coronavirus pandemic, featured a number of highly produced, well-crafted and pre-taped performances. The BET Awards kicked off with Black artists rapping and singing anthems about the Black experience and fighting for equal rights.

The 12-year-old sensation Keedron Bryant, who turned heads on social media with his passionate performance about being a young Black man in today's world, started the show with an a cappella performance of his poignant song "I Just Wanna Live," which earned him a record deal. That was followed by an all-star performance of Public Enemy's 1989 anthem "Fight the Power," featuring Nas, Black Thought, Rapsody and YG adding new lyrics to the song, even namedropping Taylor and others.

Michelle Obama highlighted Beyoncé's commitment to the Black community before presenting her with the humanitarian award, saying: "You can see it in everything she does, from her music that gives voice to Black joy and Black pain, to her activism that demands justice for Black lives."

Beyoncé used her speech to encourage viewers to vote "like our life depends on it" in the upcoming election.

"I want to dedicate this award to all of my brothers out there, all of my sisters out there inspiring me, marching and fighting for change. Your voices are being heard and you're proving to our ancestors that their struggles were not in vain. Now we have one more thing we need to do to walk in our true power, and that is to vote," she said. "There are people banking on us staying at home during local elections and primaries happening in states across the country. We have to vote like our life depends on it, because it does."

Sunday's show celebrated BET's 20th awards show and BET's 40th year as a network. The three-hour event, which aired on CBS for the first time, was hosted by comedian, actress and TV personality Amanda Seales, who starred in several skits, including one about women who identify as "Karen," a common stereotype and term for racist and privileged white women.

Other artists were political during their performances, including Roddy Ricch, who wore a Black Lives Matter shirt while he rapped, Alicia Keys, Anderson Paak and Jay Rock, as well as brothers SiR and D Smoke, who performed with their mother Jackie Gouché.

Lil Wayne paid tribute to NBA icon Kobe Bryant, who died in January, with a performance of his 2009 song "Kobe Bryant," weaving in new lyrics. Wayne Brady, in a glittery suit, rolled around on top of a piano as he sang a medley of Little Richard hits.

Nipsey Hussle, who was named best male hip-hop artist and earned the humanitarian award at last year's BET Awards, won video of the year for "Higher," a clip he filmed with DJ Khaled and John Legend shortly before he died .

"This is for Nipsey Hussle and hip-hop," Khaled said in a taped video. "Nipsey Hussle, thank you for working with me on this 'Higher' record. I appreciate you. Nipsey's family, we love you."

The BET Awards, one of the first awards shows to air virtually, featured performances that were sharp with artsy stage production, giving extra life to the songs being performed. It was a welcome break from the "living room" and homebound performances hundreds of artists have shared on social media since the pandemic hit in March.

Chloe x Halle, who have successfully performed for various TV shows and events during the pandemic while promoting their new album, gave an epic performance of their songs "Do It" and "Forgive Me." R&B star Summer Walker, who played guitar and sang, was also impressive during her performance, which featured Usher.

Megan Thee Stallion went to the desert with background dancers as she twerked and rapped her No. 1 hit "Savage." She won best female hip-hop artist, beating out Cardi B and Nicki Minaj.

"Oh my God, I probably recorded this video like 10 times. It feels so crazy doing this from my house," she said. "I used to watch the BET Awards all the time thinking, 'One day that's going to be me going up there accepting my award' -- and now it is."

Though the BET Awards are technically about handing out trophies, the awards were an afterthought. During the live telecast, Richh won album of the year for his debut "Please Excuse Me for Being Antisocial"; Lizzo was named best female R&B/pop artist; and Burna Boy won best international act. Overall, Chris Brown, Beyoncé and Ricch were the night's big winners, taking home two honors each. Beyoncé won the BET HER award for "Brown Skin Girl," shared with daughter Blue Ivy Carter as well as Wizkid and Saint JHN. The song also won Beyoncé and Blue Ivy a Soul Train Music Award last year. 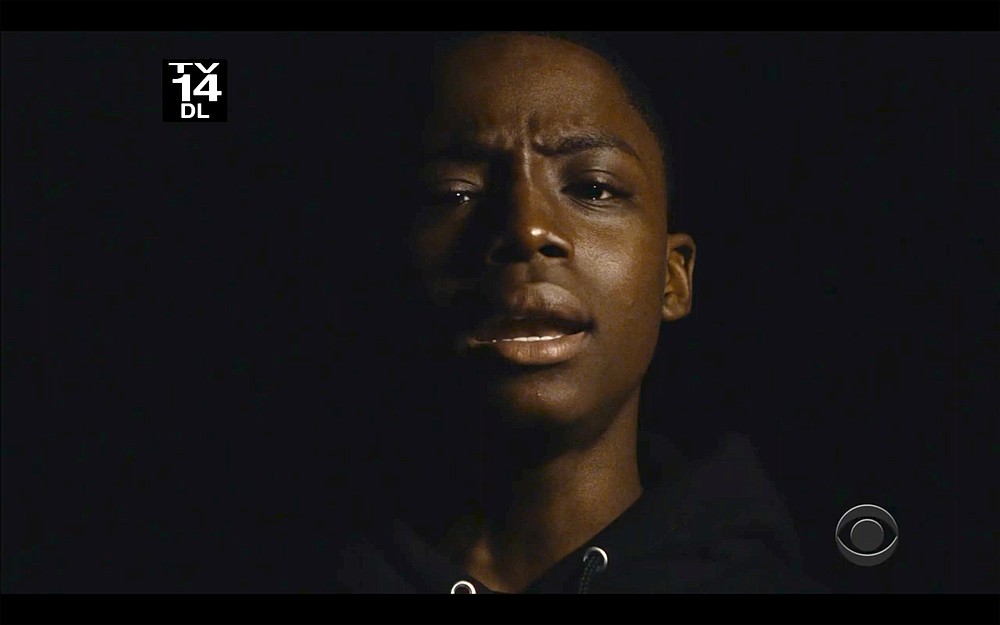 In this video grab issued Sunday, June 28, 2020, by BET, Keedron Bryant performs "I Just Wanna Live" during the BET Awards. (BET via AP) 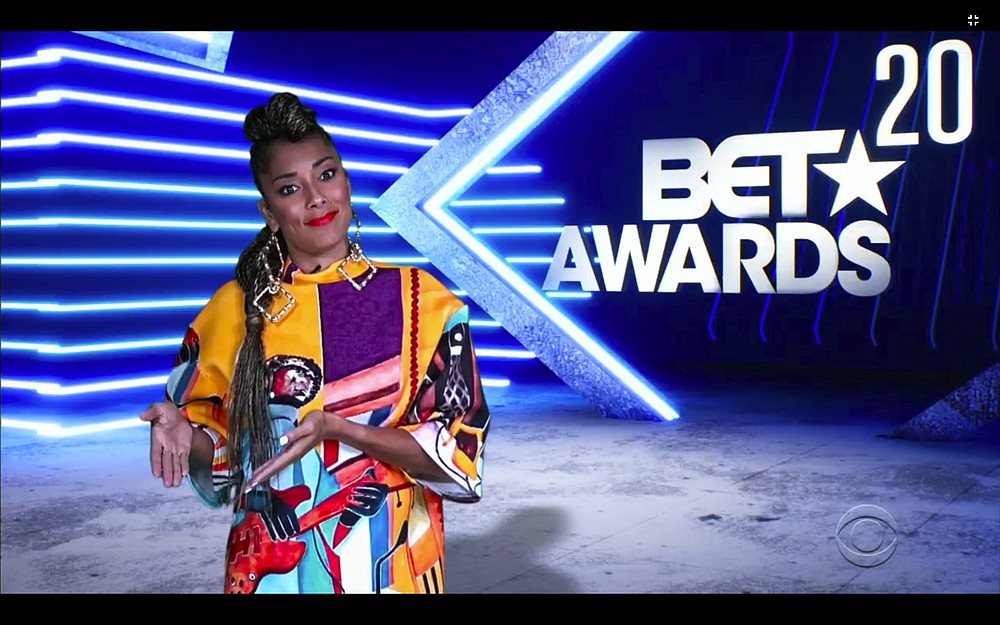 In this video grab issued Sunday, June 28, 2020, by BET, host Amanda Seales speaks during the BET Awards. (BET via AP) 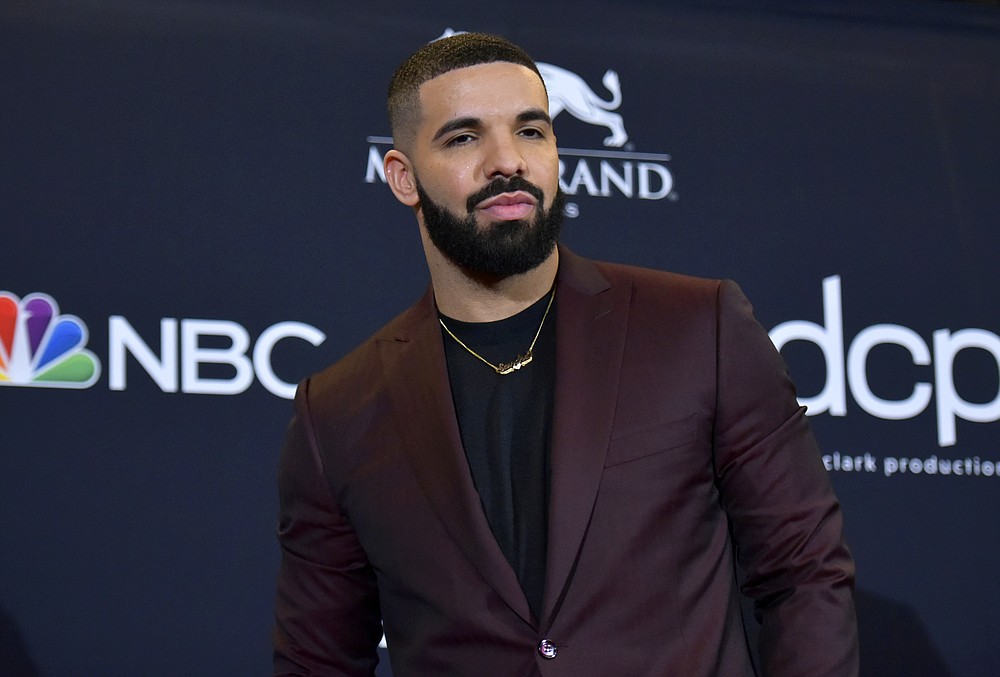 FILE - This May 1, 2019 file photo shows Drake at the Billboard Music Awards in Las Vegas. Drake is the leading nominee at the 2020 BET Awards, which will celebrate its 20th anniversary later this month. BET announced Monday that Drake is nominated for six honors, including video of the year and best male hip-hop artist. For both best collaboration and the viewer's choice award, Drake is nominated twice thanks to the hits "No Guidance" with Chris Brown and "Life Is Good" with Future. (Photo by Richard Shotwell/Invision/AP, File) 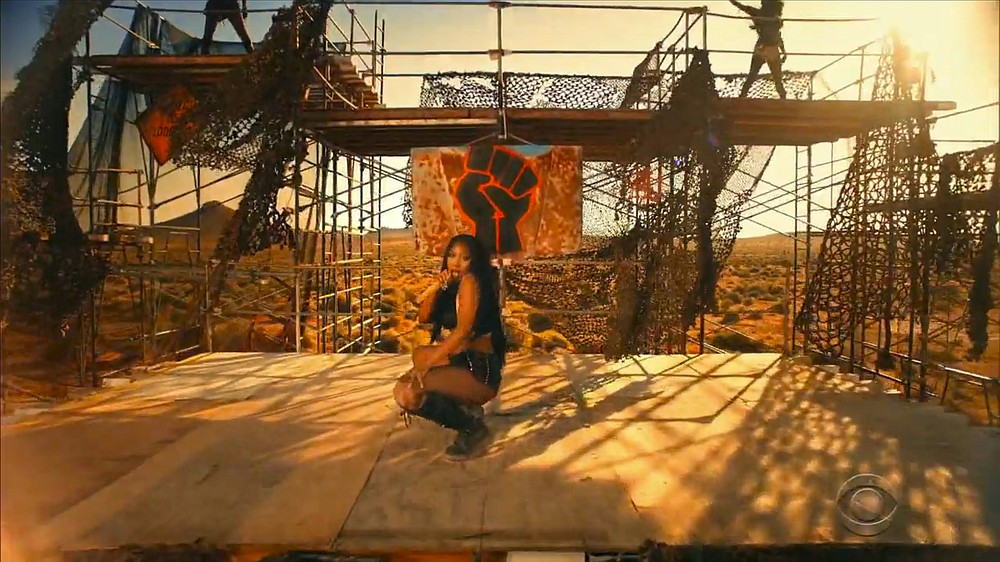 In this video grab issued Sunday, June 28, 2020, by BET, Megan Thee Stallion performs during the BET Awards. (BET via AP) 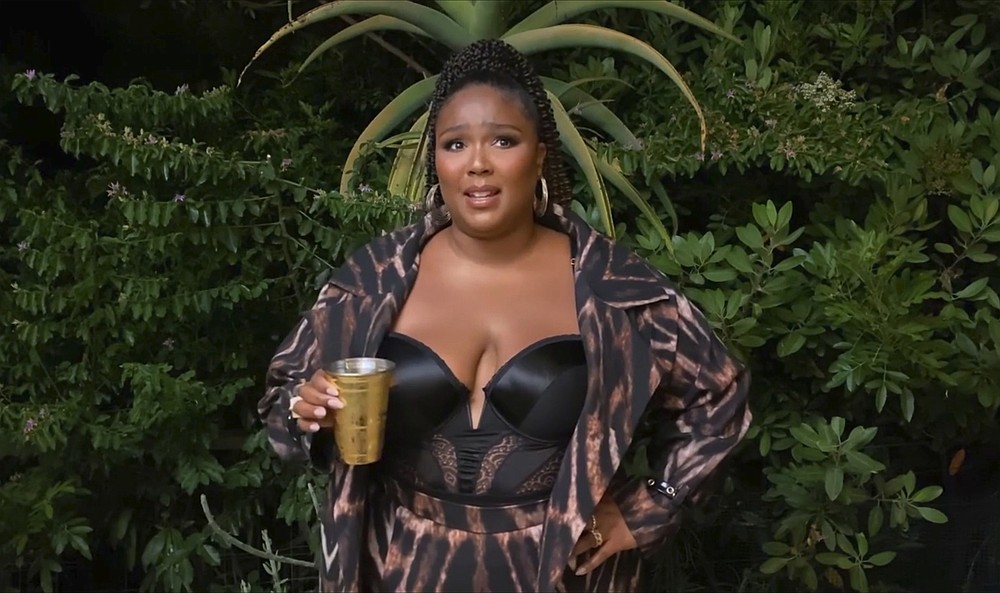 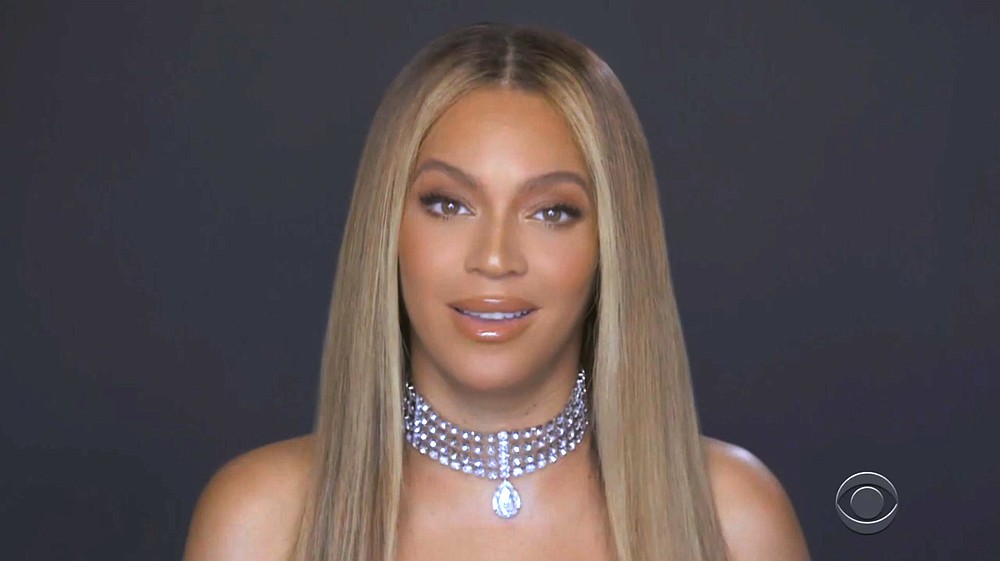 In this video grab issued Sunday, June 28, 2020, by BET, Beyonce accepts the humanitarian award during the BET Awards. (BET via AP) 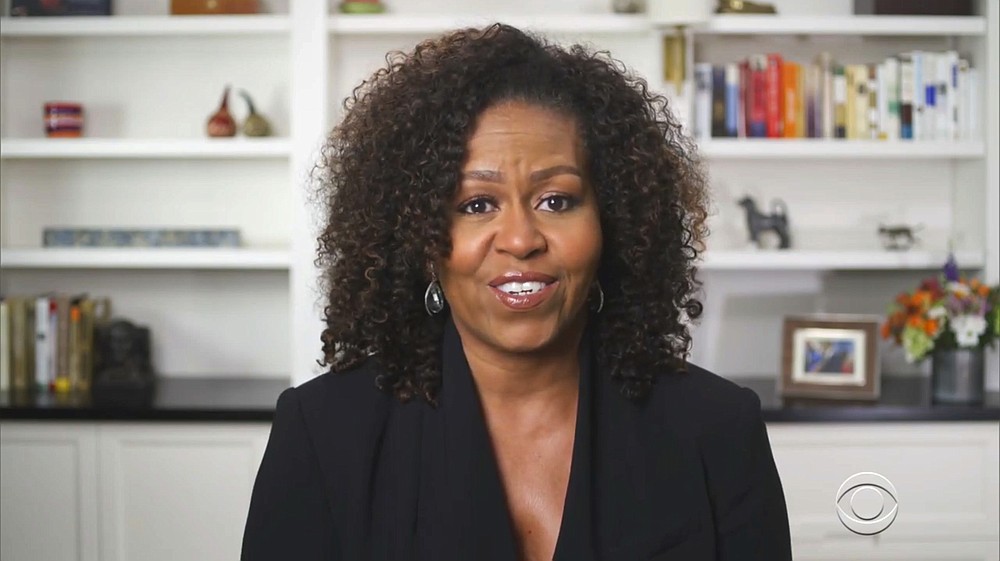 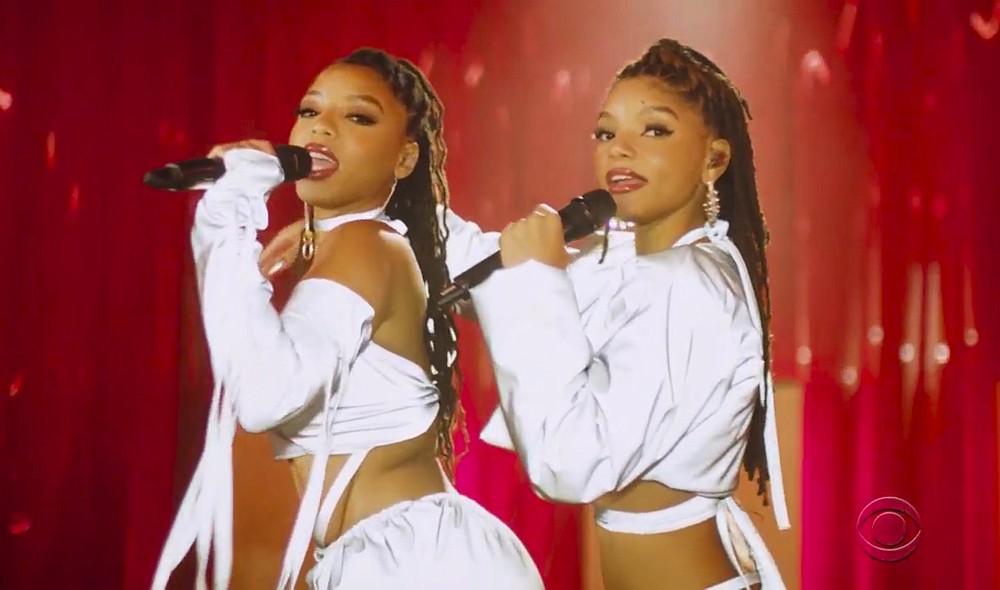 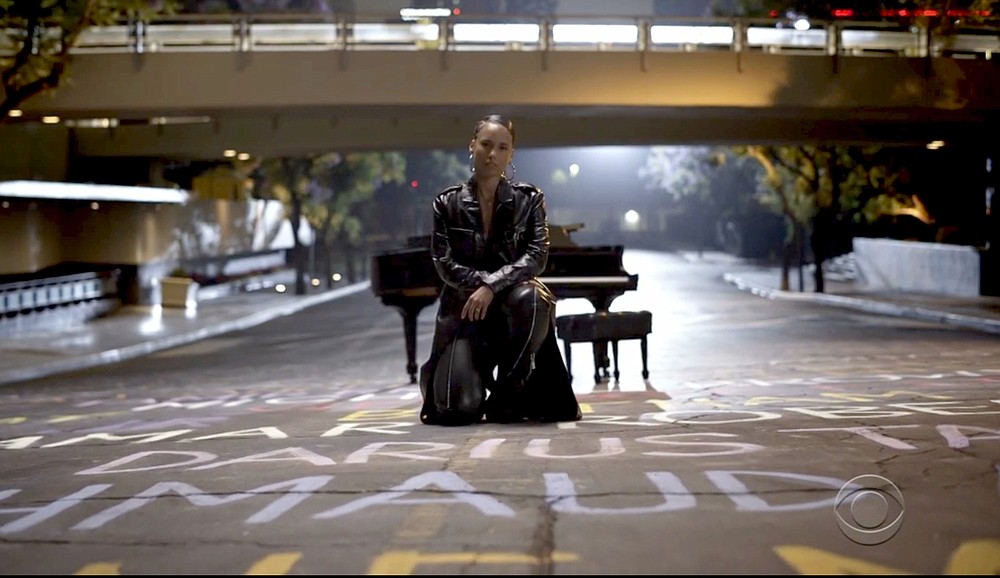