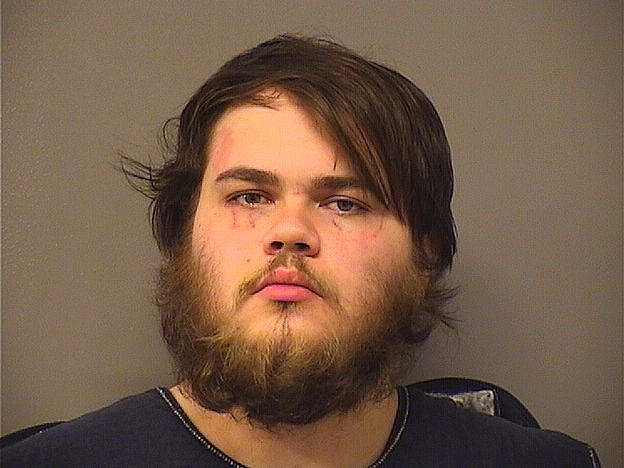 A Hot Springs man was arrested on a felony battery charge Saturday after allegedly causing injuries to a 3-year-old boy while reportedly spanking him.

Hunter Ray Strunk, 22, of 601 W. Glazy Peau Road, Apt. 4, was taken into custody at his residence shortly before 3:30 p.m. and charged with one count of second-degree domestic battery, punishable by up to 10 years in prison.

Strunk, who lists no prior criminal history, remained in custody over the weekend on zero bond and was set to appear Monday in Garland County District Court.

According to the probable cause affidavit, around 2:45 p.m. Saturday, Garland County sheriff's Deputy Stacy Morgan and Sgt. Terry Threadgill were dispatched to Strunk's apartment regarding a possible battery and Threadgill arrived first and made contact with the victim's grandmother, 38, the victim, and Strunk.

Threadgill had LifeNet check the victim and detained Strunk in the apartment. Morgan spoke to the grandmother who stated the victim had "multiple marks and bruises on his back." LifeNet personnel had the victim in the ambulance and Morgan notes he could observe injuries, including whelps and bruises, to the victim's buttocks and small of his back.

The grandmother said her daughter, 22, had called her asking her to pick the victim up at Strunk's residence while she was at work. She said when she arrived and saw the bruises on the child's back she immediately called 911. Threadgill contacted the Department of Human Services who advised him to contact Arkansas Crimes Against Children.

The victim was transported to CHI St. Vincent Hot Springs by the grandmother for treatment of his injuries. The victim's mother arrived at the apartment after the grandmother had left and said the injuries must have occurred between 6 a.m. and 7 p.m. on Friday while she was at work.

She noted this had never happened before and Strunk "watches (the victim) all the time while she is working."

Strunk was taken into custody and while being escorted to Morgan's unit reportedly asked if he could speak privately to Morgan. He allegedly stated he "didn't mean to spank the victim so hard" and he "guessed he wasn't aware of his own strength." He told Morgan he felt bad after seeing the bruises and again stated he didn't mean to spank him "that hard."