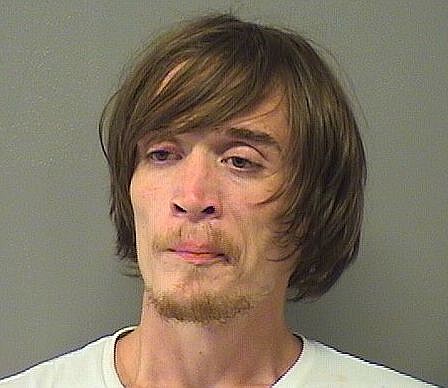 A felon on parole was arrested Saturday morning after allegedly smashing the windows of three businesses in the Highway 7 north area near Hot Springs Village, including a restaurant, gas station and liquor store.

Frank Alexander West, 26, who lists a Tall Timber Road address, was taken into custody shortly before 9 a.m. and later charged with three felony counts of first-degree criminal mischief, each punishable by up to six years in prison.

West, who also had a parole warrant for his arrest, was being held on zero bond and was set to appear Monday in Garland County District Court.

According to the probable cause affidavit, shortly before 8:30 a.m. Saturday, Garland County sheriff's deputies responded to a call about a trespasser at a residence on Tall Timber Road and upon arrival were told the suspect, later identified as West, had fled the scene.

West's father, the owner of the residence, said West was "not to be on the property" and that he had a warrant for absconding on his parole.

While investigating that scene, deputies learned windows had also been broken at Top the Mountain Shell, 4401 Highway 7 north, and Village Wine and Spirits, 4350 Highway 7, both in that same area.

Deputies were told by Hot Springs Village police that West was seen in the area of McNeely Circle so deputies responded there, located West and took him into custody on the parole warrant.

Security video was obtained from Top of the Mountain Shell and Village Wine and Spirits. West could reportedly be seen walking through the gas station's property multiple times and then throwing a rock at the front door at one point. Then West picked up another rock and could be seen leaving the property and then returning and throwing the rock, breaking more glass. The total of damages at the gas station was $1,000.