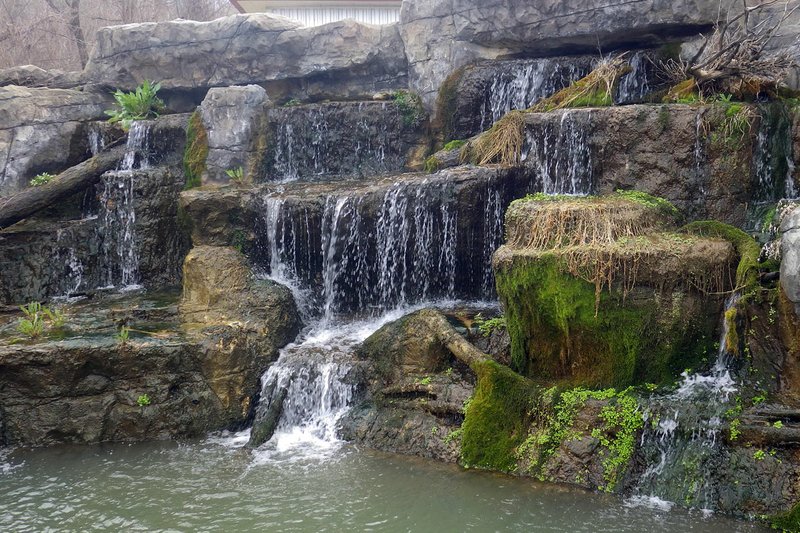 Mammoth Spring Fish Hatchery Visitor Center offers displays that are both natural-looking and educational. - Photo by Corbet Deary of The Sentinel-Record

Lakes, rivers and streams cutting their way through Arkansas are bountiful with various fish species. However, each body does not produce the same environment. And it just so happens that a portion of the fish calling our state home are dependent upon a very specific habitat.

The crystal-clear streams and rivers meandering through the Ozarks are world-renowned trout fisheries. Smallmouth bass are also plentiful throughout Ozark streams, as they are along many of the mountain-fed waterways cutting their way through the Ouachitas.

Some rivers and lakes, including Lake Ouachita, are noted as reputable walleye fisheries. Stripers thrive in some waters and the Arkansas River produces a habitat where a plethora of fish species can thrive. And let's not forget the Florida strain of largemouth bass that flourish in some of southern Arkansas' reservoirs.

Although we are blessed with waters that are capable of supporting an array of fish species, it's easy to forget that the habitat conducive to the species we might be pursuing is sometimes very limited. 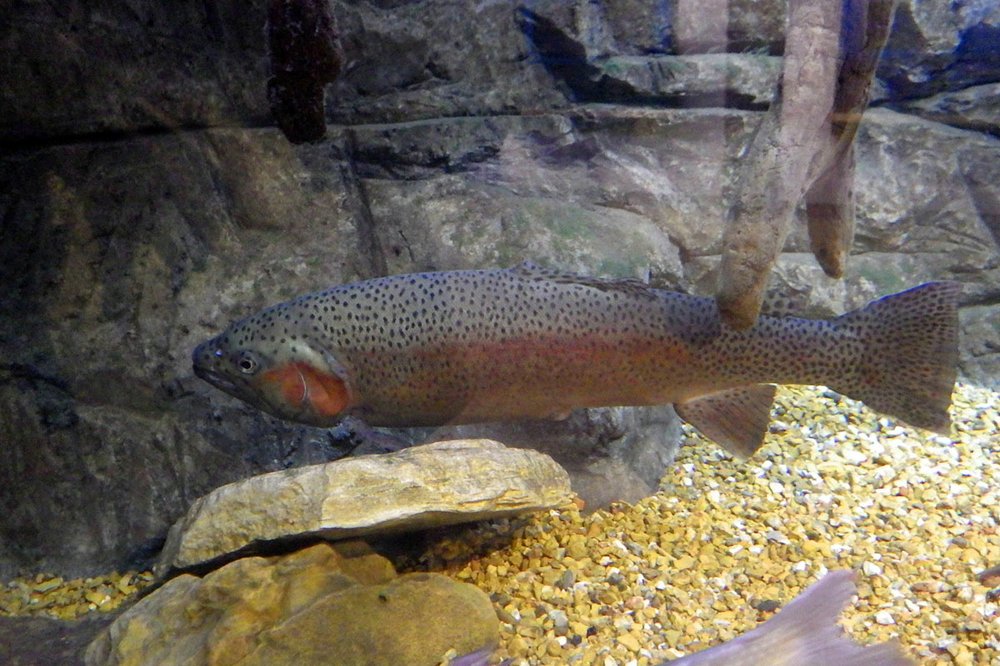 Many of the interpretive displays in the visitor center contain live fish species of that can be found swimming within the perimeters of Ozark waterways. - Photo by Corbet Deary of The Sentinel-Record

Our lakes provide worlds of fishing and recreational opportunities. And they produce an optimal habitat for many fish species to thrive. But we should bear in mind that the construction of dams also had an adverse effect on some of the native species that are dependent upon a river habitat.

That in mind, restoration measures have been taken to give species that are struggling to maintain a handhold a fighting chance. Strict fishing regulations are the answer, on occasion. There are also times when a specific habitat is protected or restored.

Restocking, on a consistent basis, has also proven an essential management practice. In fact, there are several facilities throughout Arkansas, both state and federally funded, that are responsible for maintaining healthy fish populations in our waters.

I recently had the opportunity to stop in and visit Mammoth Spring Fish Hatchery during a recent excursion to the north-central extremity of the state. And to say the visit was enjoyable and intriguing would practically prove an understatement.

Located just north of Hardy, and within sight of Mammoth Spring State Park, the facility has a rich history. In fact, it has been in operation for more than a century. The hatchery was established in 1903 and is one of the oldest in the nation.

The facility benefits from its close proximity to a reliable water source. Mammoth Spring is one of the 10 largest springs throughout the world and provides the hatchery with a water source that is consistently 58 degrees throughout all seasons and a naturally high dissolved oxygen content with a pH that is optimal for fish culture.

The spring produces 9.78 million gallons of water per hour. The hatchery uses very little of the volume produced by the spring. However, the water they do use is eventually re-dispersed back into the Spring River.

This particular hatchery is involved in some interesting projects, including the recovery of some threatened and endangered aquatic species. They are in the process of developing techniques for the spawning and rearing the pallid sturgeon, as well as for the alligator snapping turtle and the Ozark hellbender salamander.

The facility also works in cooperation with Arkansas State University as an effort to maintain and restore specific mussel populations, some of which are endangered, and others which are not. In fact, according to the hatchery's brochure, "Around 5,000 freshwater mussels are produced for research and supplemental stocking by this hatchery each year."

The facility "maintains the only captive spawning population of Gulf Coast striped bass in the world." The brochure suggests that 2 million of this particular species are produced at the hatchery and released to ensure greater numbers in natural habitats.

The hatchery is also responsible for the restoration and stocking of smallmouth bass and walleyes in the White River basin. In fact, around 400,000 walleyes and 100,000 smallmouths are reared on the premises on an annual basis.

I found it very interesting to learn of a portion of the projects that are currently taking place at the facility. However, I was equally as impressed with what awaited at the visitor center.

Pulling into the parking area, I instantly noticed an impressive water feature that had been constructed near the structure's entrance. They had gone to great lengths to build what appeared as a stream running alongside a rock formation resembling what one might happen upon in the Ozark region of the state.

Walking across the bridge spanning the man-made creek, we followed a sidewalk for a short distance to the building's entrance. I was immediately intrigued upon noticing several large aquariums, all of which contained native fish species.

The largest aquarium contained many species that I was accustomed to seeing right here in our backyards. I enjoyed watching largemouth bass suspending at various depths and I certainly savored the opportunity to get close up views of smallmouths.

The channel catfish were constantly on the move and I wasn't surprised upon noticing a flathead that had settled in a hollow log that was resting on the substrate. Easing in the direction of a number of smaller aquariums that were situated in the back of the room, I stopped momentarily to get a good look at the small gator that remained motionless on a partially submerged log.

It didn't take long for me to come to the conclusion that although smaller, the aquariums along the walls were certainly not less impressive. I guess, first, I should stress that "smaller" does not mean 55 gallons or below. In fact, these enclosures were rather large in comparison to what we might have at home. And each enclosure lent to a habitat that was suitable for the particular species on display,

I spent my fair share of time admiring each and every species. However, I was most intrigued with the eel enclosure. I had actually managed to catch a few eels on my favorite secluded river. But this was my first opportunity to watch as this primitive-looking fish actually went about it everyday rituals.

After taking in all of the aquariums, I dedicated yet a little more time to admiring the displays that shared some of the areas' history. And although there were no live displays at these particular stations, I was satisfied with imagining how folks who lived in an era where they were not privy to all of the bells and whistles that we take for granted managed to survive.

Bidding farewell to the facility, I found myself excited that we had happened upon yet another destination in the uppermost extremities of the state that would likely beckon my return again, sometime in the near future.

To get to Mammoth Spring National Fish Hatchery from Hot Springs, take Highway 70 east to Interstate 30 and remain in an eastward direction to the I-40 split, where you will travel east for a short distance prior to turning left at Exit 155 onto U.S. 67/167 north toward Jacksonville.