A Cinderella story set in the Gilded Age 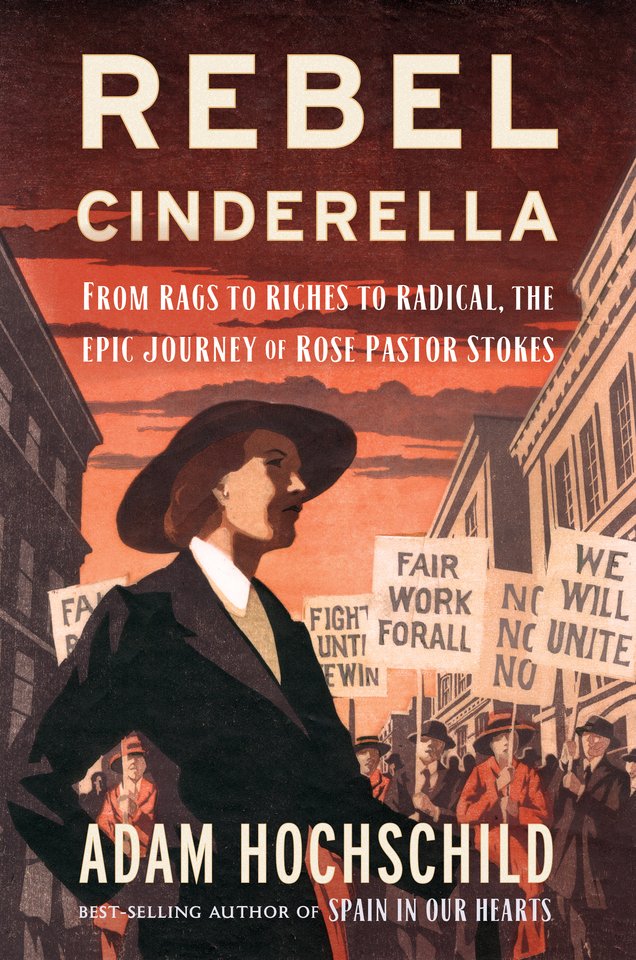 Adam Hochschild is among the most readable of historians. With his latest book, "Rebel Cinderella," he has latched on to an extraordinary love story, with echoes of the classic fairy tale, set in a time of enormous social upheaval during this country's first Gilded Age.

It centers on Rose Pastor Stokes, a penniless Russian Jewish immigrant, socialist and union organizer, who in 1905 married James Graham Phelps Stokes, scion of a wealthy WASP family whose fortune flowed from the Phelps Dodge mining empire, as well as railroads, real estate, and gold and silver mines.

During their 20-year marriage, the couple befriended some of this country's best-known radicals including anarchist Emma Goldman, birth control pioneer Margaret Sanger, and labor leader and five-time Socialist candidate for president Eugene V. Debs. For a time, Rose herself was one of the era's most renowned orators, dazzling audiences in English or Yiddish, never once speaking from a text or notes.

Hochschild says he was drawn not just to the vivid characters but also to the period - right before, during and after the First World War, which he wrote about so movingly in his 2011 book, "To End All Wars." He was also struck by the story's contemporary relevance:

"Today, the appeal of making that magical leap from poverty to great affluence is once again resurgent," he writes. "The chasm between rich and poor in our second Gilded Age makes it painfully clear that much of what Rose fought for remains to be achieved."

Rose and Graham were the Harry and Meghan of their day. Their marriage was front-page news, with the headline in The New York Times focusing more on the differences in religion than class: "J.G. Phelps Stokes to Wed Young Jewess."

For a time, the improbable union worked - until it didn't. Besides their very different temperaments, Stokes couldn't handle her success. "After spending the first part of his life in the shadow of his parents and the ancestors who mattered so much to them, he now lived in the shadow of his wife," Hochschild writes.

Given their wildly different backgrounds, perhaps it's remarkable the marriage lasted as long as it did. Hochschild has done a brilliant job of bringing it to life and in doing so, illuminating the complex social and economic history of a generation whose rabble-rousers and dreamers bequeathed us such reforms as Social Security, Medicare, child labor laws and the eight-hour day.

Print Headline: A Cinderella story set in the Gilded Age