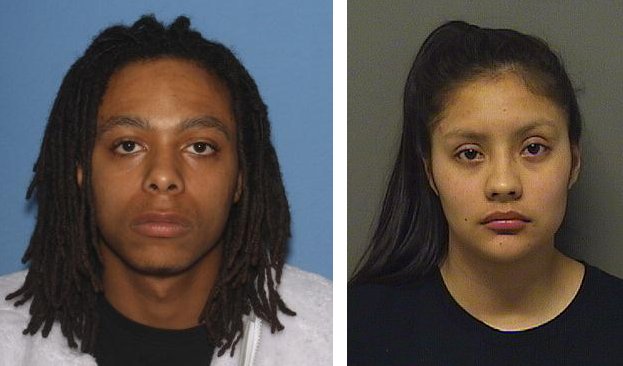 Capital murder charges were filed Thursday against a local man and woman for the shooting death Tuesday of Hot Springs police Officer 1st Class Brent Scrimshire and the state plans to seek the death penalty on both suspects, Prosecuting Attorney Michelle Lawrence said in a news release.

Coriama Hernandez, 20, who lists a Linwood Avenue address, was booked into the detention center shortly before 3 a.m. Wednesday on a 48-hour hold and was charged Thursday as an accomplice to capital murder and with aggravated assault on a law enforcement officer, punishable by up to life in prison.

The charges against both suspects were filed under seal Thursday per an order by Garland County Circuit Court Judge Marcia Hearnsberger and Lawrence noted she also planned to seek a gag order limiting pretrial publicity in the case.

Ward has been sought since Aug. 18, 2019, on unrelated felony warrants for first-degree battery and a misdemeanor count of third-degree battery stemming from allegations he shot Zachary Bennett, 21, following an altercation that day at 315 Grove St. Bennett reportedly sustained non-life-threatening injuries.

Hot Springs police had posted Ward's photo and information to the media and on social media, noting he was to be considered "armed and dangerous" after the August incident.

According to a news release issued by Lawrence, on Tuesday, around 6:30 p.m., Scrimshire conducted a routine traffic stop on a red Nissan Xterra in the 100 block of Kenwood Street after noting the vehicle failed to stop at a stop sign at Hobson and Linwood avenues.

Scrimshire made contact with the driver, later identified as Ward, and noted there was a small child, approximately 2 years old, in the rear of the vehicle who was not in a child safety seat. Scrimshire asked Ward for his driver's license and current proof of insurance and asked him to contact someone to retrieve the child or bring a car seat for the child.

Ward reportedly provided a false name and date of birth at that time. Officer Anthony Larkin arrived to assist Scrimshire and a few minutes later, Hernandez arrived on the scene. The officers asked her what the driver's name was, but she would not provide his name, the release said.

Ward began attempting to exit the vehicle as the officers were speaking with Hernandez. The officers attempted to stop Ward and handcuff him at that point. Ward allegedly told the officers three different times "they were not going to arrest him" and resisted arrest and began "actively fighting both officers."

Hernandez allegedly began pulling and pushing on the officers and yelling at them to stop and leave Ward alone. Larkin then told Hernandez to get off him and used his arm to push her off.

"Hernandez's actions allowed Kayvon Ward to break free from both officers and run into a fenced-in backyard," the release states.

Once in the backyard, Ward allegedly fired multiple shots at Scrimshire and Larkin and one of the shots struck Scrimshire in the upper torso above his bulletproof vest. Both officers then returned fire striking Ward.

Hernandez allegedly got into the driver's seat of the Nissan and fled the scene of the incident once the shots were fired. A defaced firearm was recovered from underneath Ward.

Both Scrimshire and Ward were transported by LifeNet to local hospitals where Scrimshire was later pronounced dead "as a result of the gunshot wound inflicted upon him by Kayvon Ward," the release states.

The incident was investigated by Arkansas State Police to ensure transparency, Lawrence had said earlier.