Rebel with a clause: No Oaklawn crowd 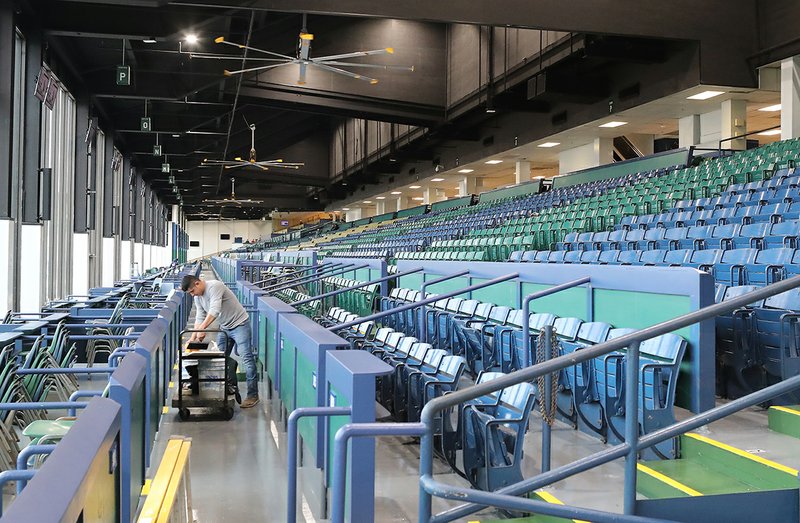 A worker at Oaklawn Racing Casino Resort prepares the grandstand for the beginning of the 2020 live race meet in January. - Photo by Richard Rasmussen of The Sentinel-Record

A harbinger of spring for all and a springboard to the Kentucky Derby for some horses involved, the Rebel Stakes at Oaklawn Park is a little different this year.

There'll be no cheering crowd to bring them home under Vic Stauffer's call.

Even if weather permitted -- an 80-percent chance of rain existed Friday -- Rebel Saturday at Oaklawn will be unlike any other in the track's history. Three stakes with total value of $1.7 million command the spotlight on an 11-race card sure to be watched by more on TV than in person.

On the day that President Donald Trump declared a national emergency regarding the coronavirus outbreak, Oaklawn began a weekend of racing without fans in the grandstand. Sky Promise, from the barn of leading trainer Robertino Diodoro, won the inaugural running of the $125,000 Temperence Hill, honoring the 1980 Arkansas Derby winner and 3-year-old champion owned by Hot Springs lumberman John Ed Anthony.

Minus the background noise, eight starters in the Grade 2 $1 million Rebel are scheduled to follow seven each in the ungraded $350,000 Essex Handicap and Grade 2 Azeri. First post time is 12:35 p.m. after a morning that Dawn at Oaklawn and barn tours were canceled because of health concerns. Per Oaklawn's announcement Thursday night, the track casino remained open Friday.

Still, out of habit, remembering past Rebel Saturdays, someone asked Oaklawn media relations director Jennifer Hoyt between races, "What kind of crowd are you expecting tomorrow?"

An estimated 45,000 on a March Saturday last year witnessed two epic runnings of the Rebel, which Oaklawn split to accommodate West Coast horses affected by a track closure at Santa Anita. In both races, a Grade 1 winner trained by Bob Baffert suffered his first career defeat, Improbable by a neck to Long Range Toddy and champion Game Winner by a nose to subsequent Arkansas Derby hero Omaha Beach. 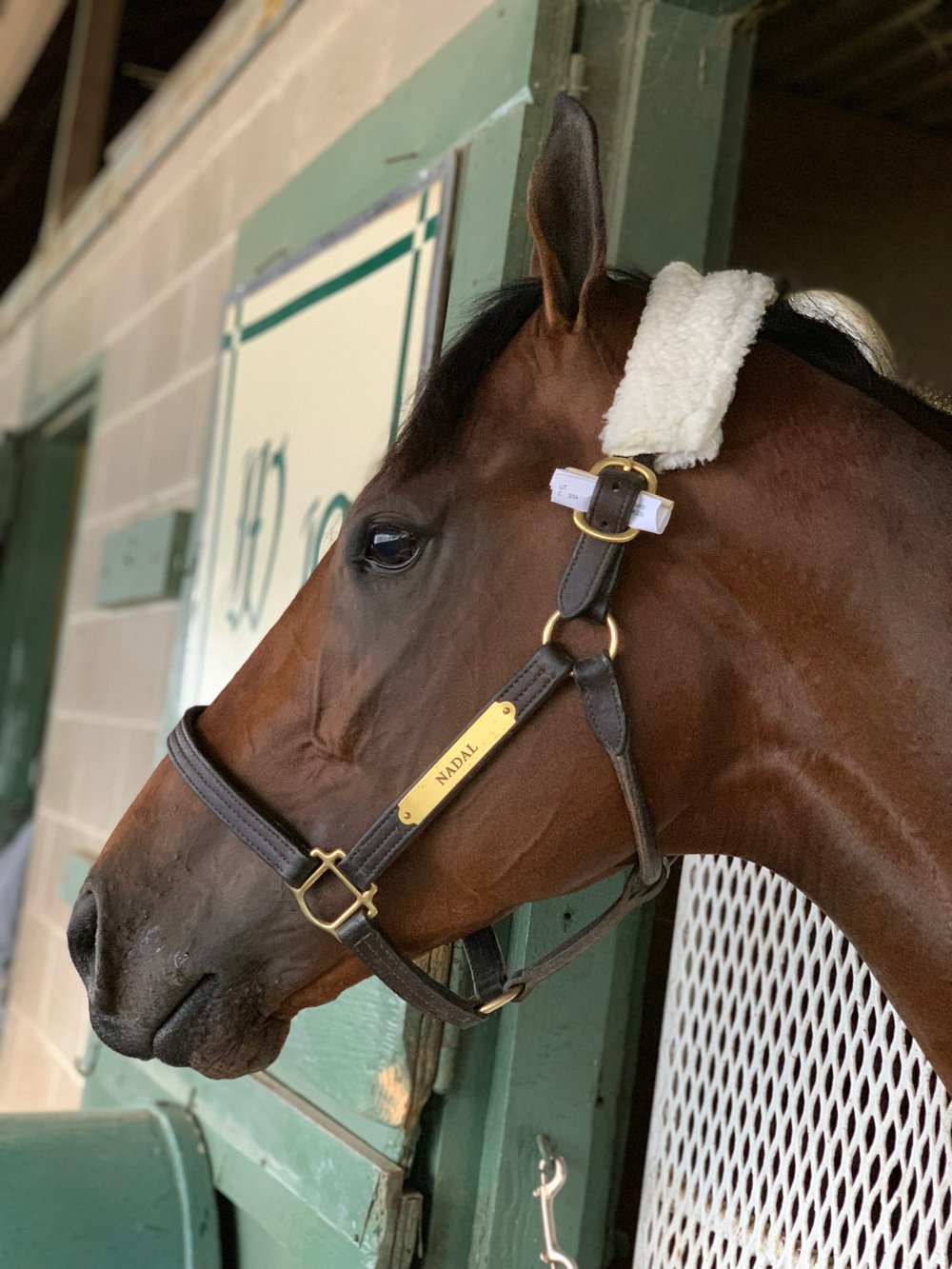 Baffert is back with the probable favorite in the race that he won a record six times in the last decade. Unbeaten Nadal gets blinkers off after two romping victories in California for his first start around two turns and outside California. Named for a tennis star and sired by 2010 champion older male Blame, the Breeders' Cup Classic upsetter of Zenyatta, Nadal is the 9-5 program favorite from the rail post with Joel Rosario riding.

"He shipped really well," said Baffert. "He's a big, strong horse. Hope we don't get too much bad weather. Would like to see what he does on a dry track, but it's all out of my hands."

Raising the stakes is that Nadal, for all his hype and $700,000 purchase price as a 2-year-old, needs to earn qualifying points for the May 2 Kentucky Derby. With the Rebel winner receiving 50 points, the runner-up 20 and the third-place finisher 10, Baffert is hoping Nadal joins stablemates Authentic (60), Thousand Words (25), Azul Coast (14) and Eight Rings (10) on his Derby list.

"We're getting to game time now," trainer Jeremiah Englehart said of the Mr. Speaker colt owned by two-time Super Bowl-winning coach and Pro Football Hall of Famer Bill Parcells. "The horse has to run his race now. I'm glad that we got Luis (Saez) up. He's very familiar with my barn. It gives me a lot of confidence in having the right rider in the afternoon, too."

Hall of Fame trainer Steve Asmussen has the field's only Grade 1 winner, though Basin has been off since the Hopeful at Saratoga on Labor Day. Asmussen also sends out Southwest winner Silver Prospector and expected longshot Excession. Hall of Fame jockey Javier Castellano lands the mount on Basin (3-1 second choice) while Ricardo Santana Jr. stays aboard Silver Prospector (7-2).

American Theorem can emulate sire American Pharoah's 2015 Rebel victory down to the point of making it his 3-year-old debut. Trainer George Papaprodromou did not appear overly concerned that his colt would be disadvantaged by not starting since placing third in the Grade 1 American Pharoah Sept. 27 at Santa Anita.

"He had a little setback, nothing serious," said Papaprodromou. "We didn't want to rush anything and just give him the time he wanted to grow up and go from there."

American Theorem and Nadal bedded down this week in Oaklawn's Royal Glint barn, where Hall of Fame trainer Wayne Lukas is keeping an eye on both colts. Baffert is represented locally by longtime assistant Jimmy Barnes.

"Baffert, we train back home at Santa Anita," said Papaprodromou. "He sees him (American Theorem) every day training and he really likes him a lot. He was impressed with his last two workouts. Obviously, I think he wants him to do well ... because of the sire."

Completing the field are unbeaten Louisiana-bred stakes winner No Parole and expected longshot Coach Bahe. Post time for the Rebel is 5:23 p.m.

Print Headline: Rebel with a clause: No Oaklawn crowd