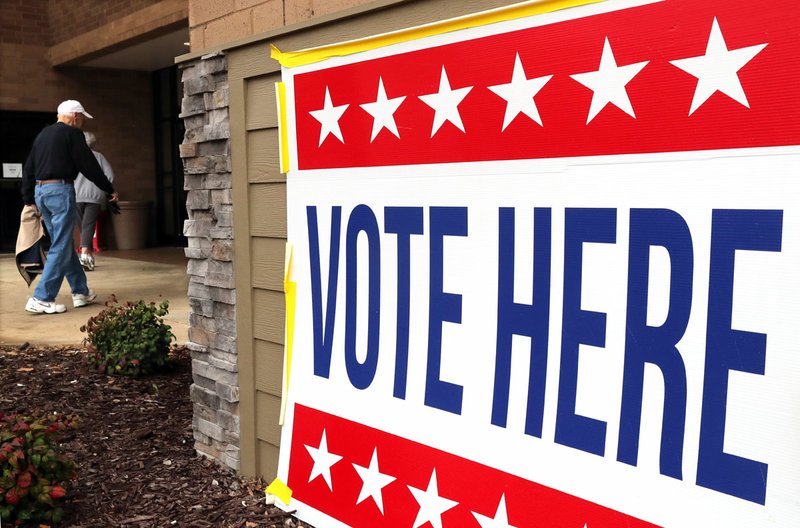 Early voting for Position 4 on the Lakeside School Board begins March 24. According to the state's election calendar, March 24 is also the deadline for county clerks to receive absentee ballot applications by mail, fax or email. The clerk's office said applying by mail should be done as soon as possible.

Applications are also available on the county's website, http://www.garlandcounty.org, by entering "absentee ballot" in the search bar. Those with questions can call the clerk's office at 622-3610.

The state election code limits absentee voting to people who are unavoidably absent from their voting place or who can't get to the polls because of illness or disability, but a letter the State Board of Election Commissioners sent local election officials Monday said circumstances warrant an expansion of the applicant pool.

"The SBEC is taking the position that warnings from public health officials to avoid large gatherings of people when possible is a sufficient basis for voters who ordinarily would not qualify for absentee voting to do so in the March 31 primary runoff election," the letter said.

The SBEC recommended older people shouldn't be selected as poll workers, given their vulnerability to the coronavirus that causes COVID-19.

"The information currently available suggests that the most severe risk posed by this virus is to our aging population," the letter said. "Many counties commonly utilize poll workers who are of an age which should place them at greater risk of serious complications from COVID-19. ... The SBEC recommends not appointing any poll worker who is considered an older adult or a person who has serious chronic medical condition."

"There is no mechanism in Arkansas law for anyone to postpone or reschedule an election," Haley said. "Us and several other counties have asked the governor and attorney general to petition the courts for a judgment, but who knows if that will happen. I've asked the prosecuting attorney to look into it but haven't heard back."