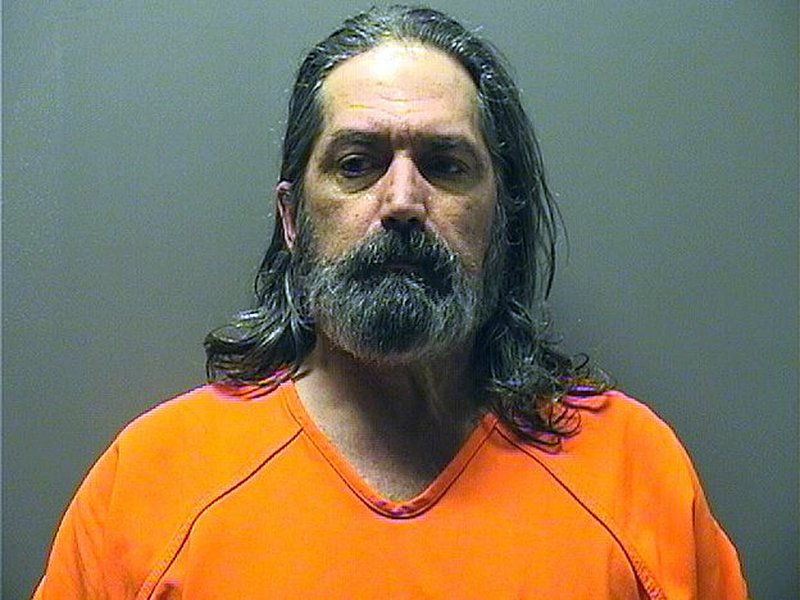 Thorne remained in custody Thursday on zero bond and is set to appear today in Garland County District Court.

According to the probable cause affidavit, around 8:30 p.m. Wednesday, Mountain Pine Police officers responded to the 200 block of 10th Street regarding a woman "bleeding from her arm." They made contact with the victim, 67, who stated her boyfriend, identified as Thorne, had "shoved her to the ground" causing her injuries.

She told police Thorne was still at her residence on Seventh Street so officers went to the residence and made contact with Thorne, who reportedly refused to talk to them and tried to close the door. He asked the officers, "What did I do?" and when officers asked how he got blood on his shirt, he told them he didn't have to answer them.

He allegedly refused to give his name to the officers and told them he had the right to remain silent. The officers explained that he wasn't being arrested and was only being detained "for his safety and the safety of the officers" because he was "getting hostile."

At that point, Thorne reportedly said, "Let's go to jail." When asked if he had been drinking, he again refused to answer questions. The officers put him in their police unit and took him to where the victim was so she could identify him.

After he was identified, he was taken to the detention center where he was "still being uncompliant" and refused to answer the booking questions. He refused to take a Breathalyzer test and at one point he allegedly turned to the officers "with both hands pointed at them like guns" and stated, "I got you," which they considered a threat.

According to court records, Thorne had no prior felony history.