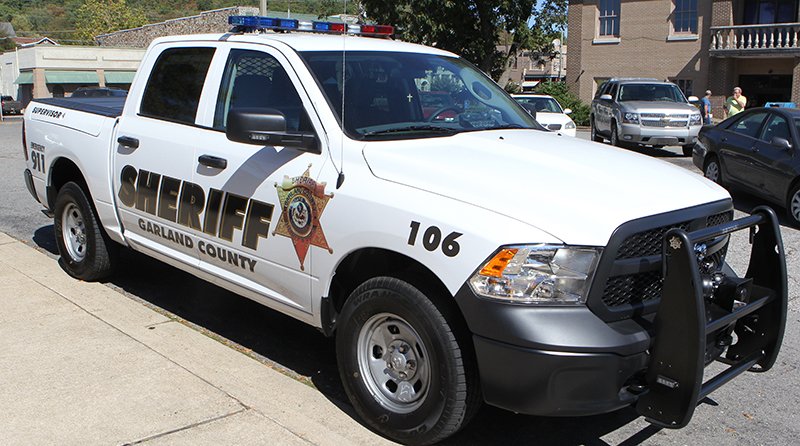 A Pearcy man was reportedly attacked and robbed of his pickup truck late Friday after letting a woman borrow his vehicle earlier in the day, according to a Garland County sheriff's incident report released Monday.

The victim, 36, told sheriff's investigators he was at the Red Roof Inn, 1125 E. Grand Ave., around 2 p.m. Friday when he allowed a woman he knew as "Yolanda" borrow his white 2008 Chevrolet pickup. After several hours went by and she didn't return the truck, he went looking for and learned it might be at a location on Spring Street.

He reportedly found the truck in the driveway of a residence on Spring Street around 11 p.m. and noted "Yolanda" and a man he knew as "Joe" were inside it. When he asked for the truck back, he said "Joe" began to attack him and then another unknown man emerged from behind the truck and joined in the attack on him.

After the attack, all three suspects jumped back in his truck and fled the area, he said. The report notes the victim had multiple injuries, including a laceration on his head and several scrapes and bruises on his stomach, legs and feet.

The victim was transported by LifeNet to CHI St. Vincent Hot Springs for treatment of his injuries. The incident was still under investigation on Monday.