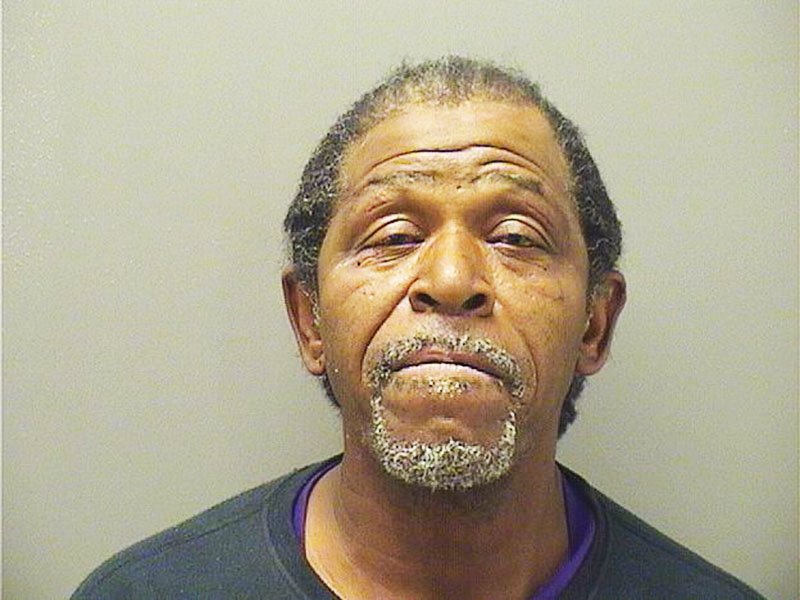 A homeless man was arrested on a felony assault charge Friday evening after allegedly attacking another man with a knife at Walmart.

Michael Dennis Hall, 57, who lists "city streets" as his address, was taken into custody shortly after 5:30 p.m. at Walmart, 1601 Albert Pike Road, and charged with a felony count of aggravated assault, punishable by up to six years in prison, and misdemeanor counts of third-degree battery and public intoxication.

Hall was being held on a $5,000 bond and was set to appear Monday in Garland County District Court.

According to the probable cause affidavit, shortly after 5 p.m., Hot Springs police Officer Joel Crook responded to Walmart regarding an assault with a knife and upon arrival made contact with the alleged victim and Hall.

He noted the victim had his left hand wrapped up and blood on his hand. He told Crook that he had seen Hall standing outside the store harassing and "catcalling" a female customer and had asked him to stop bothering her.

An argument erupted between the two men and Hall pulled out a knife while standing "within arm's reach" of the victim, who states he reacted and attempted to grab the knife away from Hall.

The victim received multiple lacerations to his hand during the struggle with Hall. When questioned, Hall's account of the incident matched that of the victim. Officers noted Hall was holding an open bottle of liquor while talking with them and appeared to be unsteady on his feet with bloodshot eyes and slurred speech.

He was taken into custody and taken to the detention center. While en route, Hall allegedly became "verbally confrontational" and noncompliant with officers. Once at the jail, he became increasingly noncompliant and refused to cooperate with the booking process and at one point he reportedly began urinating on himself when officers questioned him.