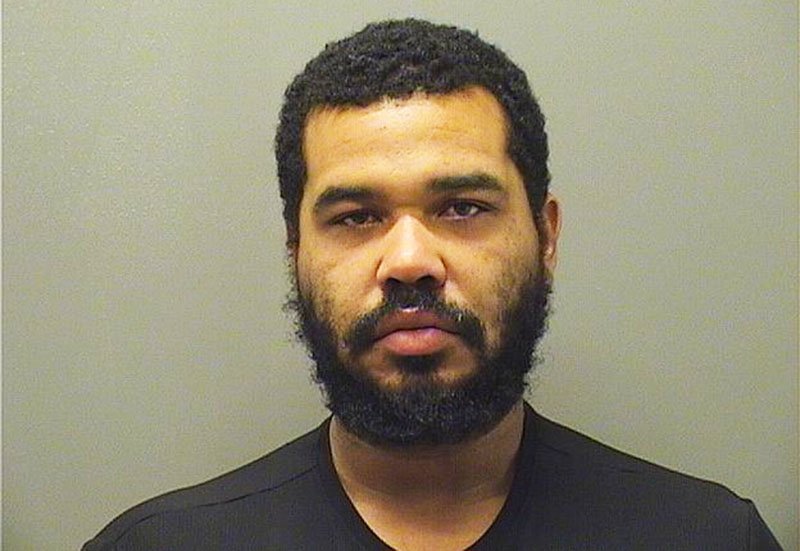 A traffic stop Friday night on a vehicle driving with its headlights off ended with the arrest of the driver by the local drug task force on felony charges after drugs and a gun were allegedly found.

Libby, who has no prior felony history, was being held in lieu of bonds totaling $50,000 and was set to appear Monday in Garland County District Court.

According to the probable cause affidavit, HSPD Officer Brandon McAdoo was patrolling in the 100 block of Jefferson Street when he saw a silver Mazda driving without its lights on and stopped it at Jefferson and East Grand Avenue.

While talking with the driver, identified as Libby, the officer noted a strong odor of marijuana. Libby initially denied having any marijuana in the vehicle, but then McAdoo observed a .380-caliber handgun on the passenger side floorboard.

He had Libby put his hands on the steering wheel until other officers arrived to assist. McAdoo removed Libby from the vehicle and at that point, Libby allegedly admitted there was an ounce of marijuana under the passenger seat.

McAdoo removed the gun and located a plastic baggie with 29.6 grams of marijuana under the seat. Libby was taken into custody and $600 in $100 bills was found in his shorts pocket. Libby also allegedly admitted there was a digital scale inside a cigarette package on the passenger seat which the officer also recovered.

Investigators with the 18th Judicial District East Drug Task Force were notified and responded to the jail where they confiscated the money, drugs and other evidence and took over the investigation, the affidavit states.