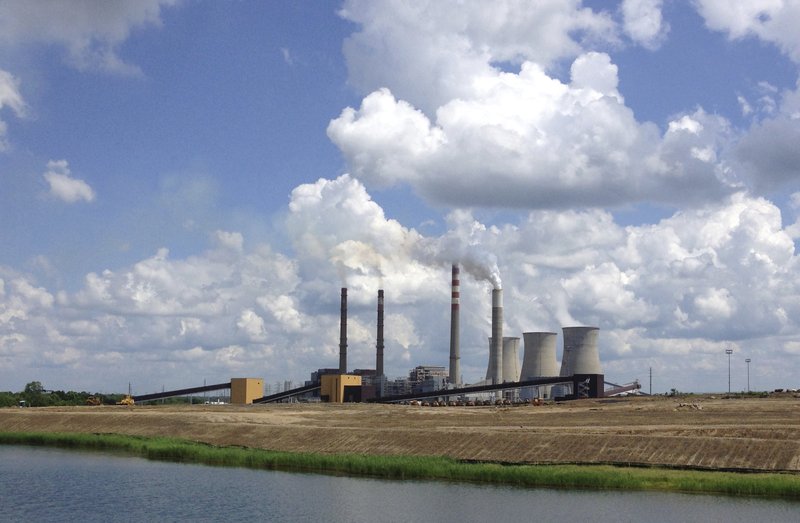 DRAKESBORO, Ky. -- President Donald Trump tried to stop it from happening. The top Republican in the Senate, Mitch McConnell, did too.

Despite their best efforts to make good on Trump's campaign promise to save the beleaguered coal industry, including an eleventh-hour pressure campaign, the Tennessee Valley Authority power plant at Paradise burned its last load of coal last month.

The plant's closure -- in a county that once mined more coal than any other in the nation -- is emblematic of the industry's decadeslong decline due to tougher environmental regulations, a major push toward renewable energy and a rise in the extraction of natural gas. The shuttering of businesses nationwide and a reduced need for energy amid the global coronavirus pandemic threatens to deal coal yet another devastating blow.

"It's not just one 1,000-megawatt unit closing; they're going down all over the place," said John Rogers, a former mine owner who lives in western Kentucky near the Paradise plant, located in Muhlenberg County.

When coal-burning plants close, coal mining loses its best customer. Since 2010, 500 coal-burning units, or boilers, at power plants have been shut down and nearly half the nation's coal mines have closed. No U.S. energy company, big or small, is building a new coal-burning plant.

Employment in the U.S. coal industry is the lowest in decades. Coal mine jobs have dropped by nearly 50 percent in the past decade to about 50,000 -- a far cry from the 900,000 workers who were digging in coal mines when the industry hit its peak in the 1920s.

Electric utilities are telling investors and customers that coal costs too much, mostly because of the money it costs to offset environmental effects, such as the release of carbon dioxide. Blackrock, the world's largest asset manager, informed its clients in January that it would no longer invest in companies that get more than 25% of their revenue from burning coal.

Electric utilities -- and their customers -- have instead embraced renewable energy and cleaner-burning gas burned in combined cycle plants, which have a smaller footprint and about a tenth of the workers of a coal plant. One such plant opened in the Paradise plant complex in 2017.

"I saw the decision to proceed with the retirement of Paradise ... as a sign that both the markets and the American people have turned so strongly away from coal," said Mary Anne Hitt, who leads the Sierra Club's campaign to end the use of coal.

During his two terms in office, President Barack Obama aggressively pushed wind, solar and other sustainable energy sources as alternatives to coal and other fossil fuels that scientists say exacerbate global warming.

In an interview with The Associated Press last year, the head of the Environmental Protection Agency, Andrew Wheeler, said the TVA plant was closing its coal unit at Paradise "because of the Obama administration's war on coal."

In fact, the U.S. Energy Information Administration has said a chief driving force behind the demise of coal-fired plants is flat energy demand and competition from less expensive energy options such as natural gas and renewables. The Trump administration and the industry have long cited stiffer environmental regulations as a contributing factor.

"They almost had a single-minded focus on trying to close down" coal plants, said Wheeler, a former coal lobbyist.

Rogers agrees. He calls the former president a "genius in cutting off the head of the coal industry."

"When you can no longer burn coal, you can't sell it anywhere," Rogers said.

President Trump has tried to change that, rolling back environmental regulations for the industry and taking other actions included on a wish list that one of his major donors, Bob Murray, sent him shortly after his inauguration.

Until recently, Murray ran the largest privately owned coal company in the U.S. His company has since declared bankruptcy, and a Kentucky mine he owned that was supplying the Paradise plant has also closed.

When the TVA announced it was shutting down the Paradise plant last year, Trump ally and then-Gov. Matt Bevin held a rally in the county, while Senate Majority Leader McConnell publicly urged the board to keep the unit open in his home state. Seemingly working in their favor was that four of the seven board members had been appointed by Trump.

But even that wasn't enough. The Paradise plant's last coal-burning unit was closed by the Trump-majority board, because of a TVA staff recommendation that keeping the plant open didn't make economic sense.

Former TVA president Bill Johnson, who supported the closure in February 2019, noted that the unit is old and sluggish, and would only run about 10 percent of the time.