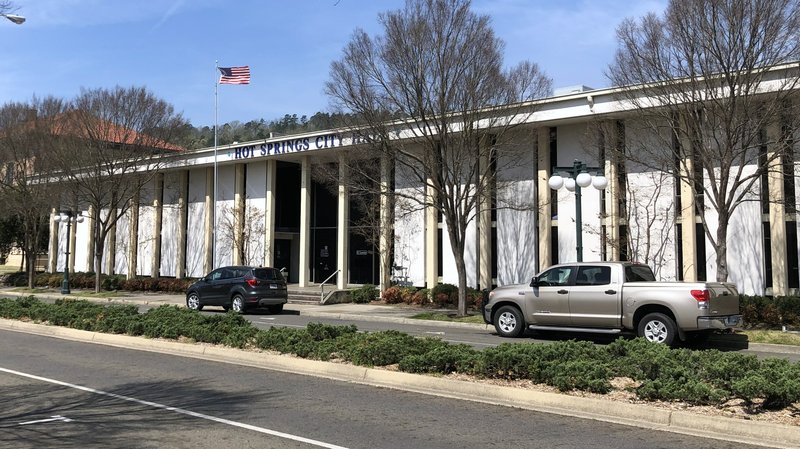 The city of Hot Springs said Thursday that it will begin screening both the public and employees when they enter the foyer of City Hall, 133 Convention Blvd., effective immediately.

"There are currently no plans to close City Hall at this time, but changes have been made to how city departments are delivering services in order to mitigate the spread of COVID-19," the city said in a news release.

"Employees will continue to assist members of the public, but rather than individuals going directly to a department or office, guests will need to use the call box on the upper floor to call either the city manager’s office or the city clerk’s office," the release said.

"The needs of the individual will be determined, and a representative from the appropriate department will be called to meet with the individual, if needed. In doing so, the city employee and member(s) of the public will maintain a distance of at least 6 feet," it said.

City departments outside of City Hall will be taking similar measures, when possible. City employees who work primarily out in the city will be taking necessary precautions, including maintaining social distance and frequently washing hands, the release said.

“It is a difficult balance between serving the public and protecting our city employees’ health and welfare,” said City Manager Bill Burrough. “We will be monitoring and making adjustments as we move through the days ahead. This will be a marathon, not a sprint.”

The release notes that Hot Springs city government is considered a Homeland Security Essential Service. As such, a majority of city employees and duties are considered essential, including those in the following departments/divisions: Police, Fire, Public Works, Street, Solid Waste, Information Systems, Water, Wastewater, and so on.

"There are very few city positions that do not fall into an essential job function under the federal government’s guidelines. Any of these positions may be temporarily relocated to roles supporting the essential functions," the release said.