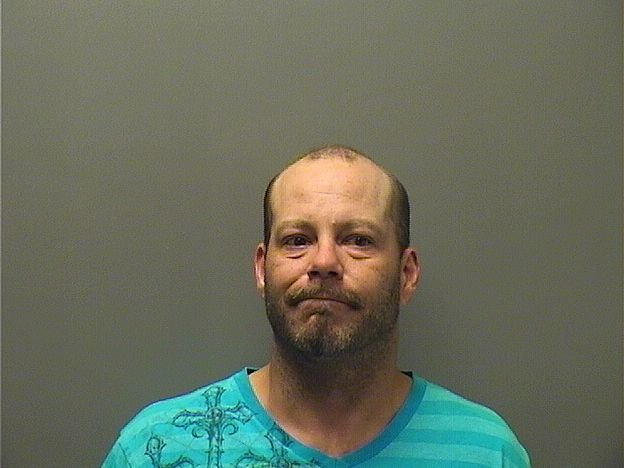 A reportedly intoxicated Mountain Pine man who was arrested on multiple felony charges Tuesday night after allegedly firing a gun at his residence with three children at home told police he was "blowing off steam."

Joseph Hale Liberoth, 38, who lists a Fifth Street address, was taken into custody shortly after 8 p.m. and charged with felony counts of committing a terroristic act, punishable by up to 20 years in prison, and three counts of first-degree endangering the welfare of a minor, each punishable by up to six years, and misdemeanor counts of public intoxication and disorderly conduct.

Liberoth, who lists no prior felony history, was being held on a $13,500 bond and was set to appear Wednesday in Garland County District Court.

According to the probable cause affidavit, around 7:45 p.m., Mountain Pine Police Lt. Richard Lobbs was contacted by a witness, 31, who said he was driving down Main Street in Mountain Pine about 15 minutes earlier when he heard an adult male counting down from six and then heard three "loud explosions" that sounded like gunshots.

The witness said he turned his vehicle around and confronted Liberoth at his residence in the 200 block of Fifth Street and asked what it was he had set off and if it was fireworks. He said Liberoth wouldn't indicate what it was and simply said, "I'm sorry, man."

The witness drove immediately to the Mountain Pine Police Department to inform Lobbs who drove to the residence on Fifth Street and spoke to Liberoth's wife, asking her "what the loud booms were." He noted she was crying and told him she and Liberoth had been drinking and he shot his gun and then walked off still in possession of the gun.

The wife noted children were asleep in the house when he fired the gun, but no one was injured.

Hendrix and Haynes went looking for Liberoth and Hendrix notes he located him at the Mountain Pine Post Office, 240 Main St., and when he approached him, Liberoth reportedly said, "I know why y'all are here."

Hendrix said Liberoth put his hands straight in the air and followed all commands. The officer found the gun in Liberoth's front jacket pocket and confiscated it. Liberoth allegedly admitted he had been drinking and that he did fire his gun toward the ground "to blow off steam because his wife had been nagging him all day."

Liberoth was taken into custody and MPPD Chief Miguel Hernandez later administered field sobriety tests to him which he reportedly failed.