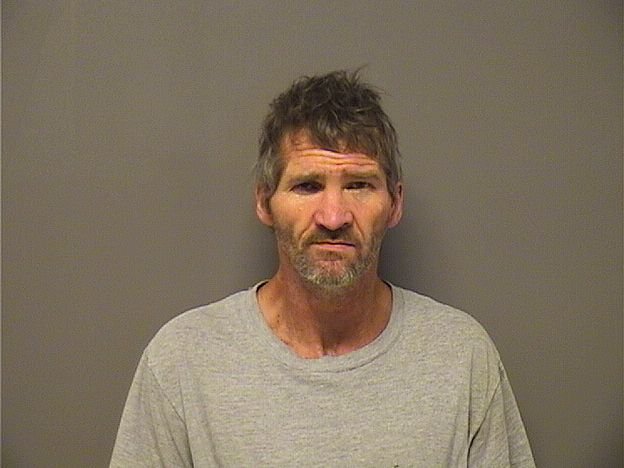 A local man sought on a warrant for harassment from earlier this year was arrested Saturday for animal cruelty after allegedly throwing a puppy, knocking it unconscious, and then leaving it locked in a vehicle.

Childs was being held on $1,750 bond and was set to appear Monday in Garland County District Court.

According to the probable cause affidavit, around 6:15 p.m. Saturday, Garland County sheriff's Deputy Devyn Helms responded to the Albert Pike residence regarding a complaint of animal cruelty.

Upon arrival, Helms noticed a tan puppy locked in a truck with all the windows up in front of the residence. She knocked on the window to make sure the puppy was alive and then made contact with the owner, later identified as Childs.

She noted when she asked him his name, Childs mumbled "what sounded like 'James' or 'Justin'" and gave a birth date. He reportedly came out and "grabbed the dog out of the truck" and returned to his camper, slamming the door.

Helms was able to identify Childs by checking his license plate and made contact with him again. She spoke to three female witnesses who stated they had seen Childs "grab the brown puppy and throw it over his head into a table" before throwing it into the truck outside.

The witnesses noted the puppy was not conscious when Childs put it in the truck.

Helms contacted Animal Control, which came and retrieved the puppy and Childs was arrested on the cruelty charge, for obstructing and for the active warrant for harassment out of the city.

According to the probable cause affidavit on the warrant, on March 3, shortly after 8 p.m., Hot Springs police Officer 1st Class Tifani McCauley responded to a residence on Leawood Street regarding a harassment complaint.

She spoke to the female victim who stated about 20 minutes earlier a known suspect, identified as Childs, had come to her residence knocking loudly and repeatedly on her door and yelling for her, scaring her and her two sons, ages 6 and 4.

She noted she took her children in a back bedroom to hide until Childs left. She noted Childs yelled that "he will come back every day." A warrant was later issued for his arrest.