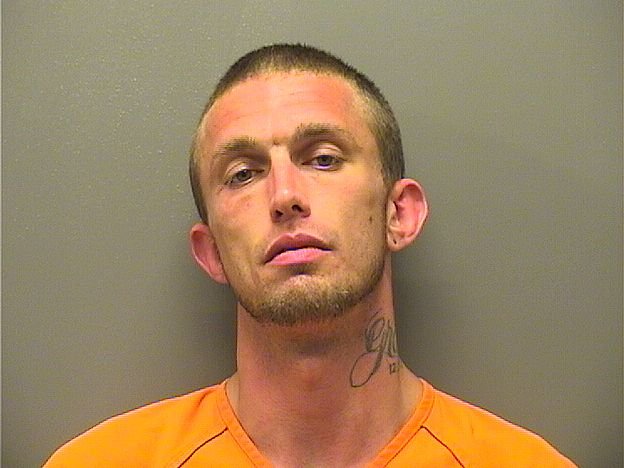 A local man who was driving an allegedly stolen car and fled on foot from Hot Springs police was arrested early Saturday after a brief manhunt involving a K-9 officer.

Peacock was being held on a $3,500 bond and was set to appear Monday in Garland County District Court.

According to the probable cause affidavit, on Saturday, shortly before 12:30 a.m., Officer Brandon McAdoo spotted a white Honda Civic that had been reported stolen in the parking lot of the Econo Lodge, 1204 Central Ave.

As he approached the vehicle, the driver, later identified as Peacock, got and started to walk away. When McAdoo attempted to make contact with him, he ran from the scene.

McAdoo put out his description and officers set up a perimeter around the area. A few minutes later, officers spotted Peacock in the 500 block of West Grand Avenue and K-9 Officer Chad Ford released his canine partner, Ork, to try to catch him.

The affidavit notes when Peacock realized Ork was behind him, he stopped running and laid down in the parking lot where he was taken into custody without further incident. It was noted the vehicle had been reported stolen Thursday from the 3000 block of Central Avenue and was valued at $1,500.

According to the affidavit on the fleeing warrant, on Jan. 27, shortly after 1o:30 p.m., officer Jamie Ugartechea responded to the Dodge Store, 640 E. Grand, as part of a field investigation.

He made contact with a white male matching the description of a suspect that was called in. He identified the man as Peacock and was checking him through dispatch when Peacock suddenly fled across the parking lot and through the woods to Gibson Street where he disappeared into another heavily wooded area.

Officers secured a perimeter around the area and tried to locate him, even using a Garland County sheriff's K-9 at one point, but he could not be found. Ugartechea later checked the computer database to verify the man he encountered was Peacock and a warrant was issued.