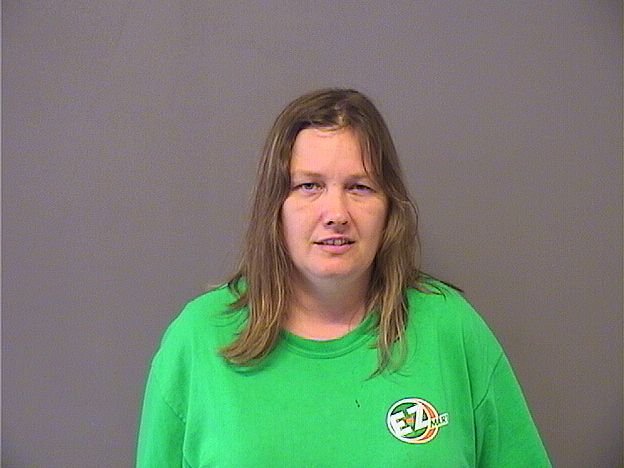 A local woman was arrested on a felony fleeing charge Sunday after she allegedly jumped in her car and sped away while still being checked by LifeNet EMTs following a wreck.

Jennifer Lee Moore, 42, who lists a Puff Trail address, was charged with fleeing in a vehicle, a felony punishable by up to six years in prison, and misdemeanor counts of driving on a suspended driver's license, careless and prohibited driving, improper turn at an intersection, and no seat belt.

She was being held on a $4,000 bond and was set to appear Monday in Garland County District Court.

According to the probable cause affidavit, around noon Sunday, Hot Springs police Officer Billy Perkins responded to a property damage wreck in the 2200 block of Albert Pike and was told by Sgt. Michael Goss to issue a citation to the driver, identified as Moore, for driving on a suspended license.

Goss then left to go to Moore's residence to attempt to locate a family member. Meanwhile, Moore was in the back of an ambulance being evaluated by LifeNet personnel.

As Perkins was preparing the citation, he saw Moore and EMT Cody Webb exit the ambulance. Moore walked to the driver's side of her car and got in and Perkins noted he saw the rear brake light come on as Moore put the car in reverse.

Perkins activated his siren to get Moore to stop and Webb was standing in front of her vehicle trying to tell her not to leave. Perkins jumped out and ran to the driver's side door and tried to open it, but it was locked.

He ordered Moore to stop, but she allegedly ignored his commands and yelled back, "I need to leave!" She continued to back up and then put the car in drive and fled the scene, reportedly clipping Webb's right foot with her tire as she passed.

Perkins returned to his unit and began pursuing Moore as she proceeded west on Albert Pike and then north on Bull Bayou Road. He noted Moore crossed the centerline several times during the pursuit and was traveling in excess of 40 mph.

In about the 200 block of Bull Bayou, she almost collided head-on with Goss, who was traveling southbound and had to swerve to avoid her. Moore swerved off the roadway to the right, crossed back and collided with a culvert near the Fairwood Circle intersection.

Perkins got out and approached Moore's vehicle and noted she had a can of air duster to her mouth. He tried to get in the vehicle, but it was still locked. After several attempts, Moore finally unlocked the door and Perkins was able to put the vehicle in park and check Moore for injuries.

Moore was transported by LifeNet to CHI St. Vincent Hot Springs and was later released and booked into the Garland County Detention Center around 4 p.m. Sunday.

Print Headline: Woman flees scene of wreck while still being checked by EMTs at scene