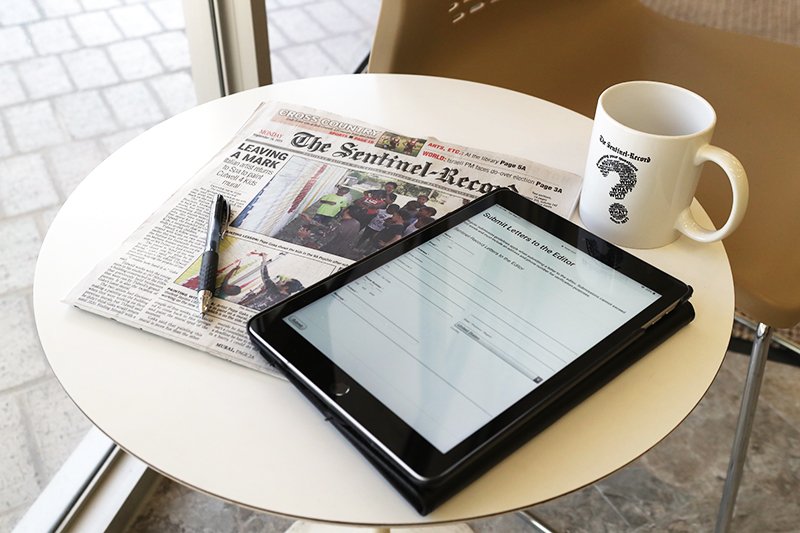 Almost everyone is sick of the restrictions placed on us because of the coronavirus. People want to go back to work and make enough money to take care of their families. I get it. But the alternative is unthinkable and it will get worse if we continue to ignore the CDC guidelines and our governor's implementation of those rules.

I am sick of seeing the daily numbers and statistics of cases, long hospitalizations, and deaths, as we all are, I am sure. But, I am also sick of seeing people flaunting the rules by not wearing a mask when entering enclosed public places. I am also very disappointed to see legitimate groups (infiltrated by thugs armed with AK-47s) protesting sound and essential facts. The more we don't do as asked the longer this virus will stalk and kill and the economy will stagnate, furthering more job losses and more companies filing for bankruptcy.

Our governor has done an excellent job of the cautious reopening of our state, but all his good intentions will come to naught if we continue to flaunt the rules. Since there is a large majority of Arkansans who visit major retail outlets with no cover over their face, walking in groups with children and getting close to others without care. Are they stupid, ignorant, selfish or just don't care about anyone but themselves? Since this seems to be the case in many places, the governor should demand that all retail outlets must deny entry to anyone without a mask, period! Otherwise these "local yokels" will never get the message. This group also includes the well off arrogant crowd who think there is no possibility they could get or cause the vice to spread. They obviously can be just as ignorant, or think they are above the fray.

I am old enough to remember the rationing required of everyone to help in the World War II effort. No bubble gum, no metal toys, to nylon stockings for the women and men making their own cigarettes. We saved papers, tin voile, cans, string, rubber bands and had victory gardens. All sacrificing together for a single cause. End the war! We need to have that same attitude today if we are ever going to stop this plague on our society. The government can't make us do it but we have to do it to save our own cities, states and the nations. It is a world problem that will take the whole world to fight together for a change.

Yet we have a president who is as guilty as anyone, egging on those mobs to open protest the CDC rules and open the country. Not be because he cares about who lives or dies, but he wants to show the economy improving so he can get reelected. That, my friends, is disgusting, as only Donald Trump can be.

Remember those 328 Americans back in mid-February who were to be whisked away from a contaminated cruise ship, and who our government flew out of China to a U.S. military base in Japan and then to Travis AFB in California, which is located 3 miles (5 km) east of the central business district of Fairfield, in Solano County, Calif., where I believe the first case of the virus showed up?

Before they departed Japan, tests came back showing 14 tested positive for COVID-19 and the CDC adamantly stated they should be separated from the healthy and flown back to U.S. in separate planes, of which we had two standing by for transport to California and Texas. But both Republicans and Trump Administration overruled the CDC and packed them together into one plane, which we were told was to save money. Then they flew them all to Travis AFB in California where the CDC, wearing protective gear, met the plane, accompanied by unprotected social workers sent by Trump's pick to head up the handling of this potential disease, Alex Czar. No one was tested or quarantined prior to departing the base and returning home.

It's no surprise that the first known case was in a California town not long after. This begs the question as to what really ignited the fast spread of COVID-19 through the US. Were some of those social workers, cruise ship passengers or others at Travis the ones that brought it to N.Y. and elsewhere in U.S.? Has anyone tracked where those 328 passengers went after leaving California? They weren't quarantined for two weeks, just handed hotel keys by the social workers.