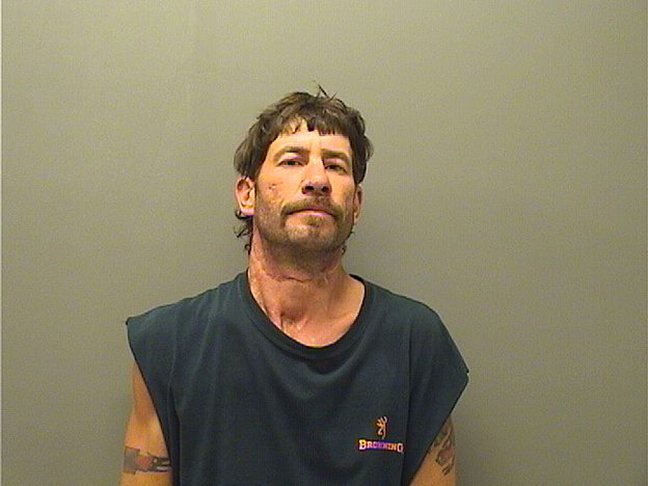 A felon located with a stolen 4-wheeler was soon facing multiple felony charges Wednesday evening after a stolen revolver and drugs were allegedly found in his possession.

Brock remained in custody Thursday on zero bond and is set to appear today in Garland County District Court.

According to the probable cause affidavit, shortly before 6:30 p.m., Garland County sheriff's Deputy Matt Cogburn and Sgt. Bill House responded to the Pearcy Mall regarding a possibly stolen 4-wheeler in the parking lot there.

House said he located the 4-wheeler with a man, identified as Brock, standing beside it. Brock pushed the 4-wheeler away from the gas pumps as House approached him and a computer check showed Brock had a warrant for failure to pay.

Cogburn reportedly located a backpack which contained a small baggie with 0.3 gram of what later tested positive for meth and a .22-caliber revolver that was found to have been reported stolen out of Montgomery County.

Cogburn ran a criminal history check on Brock and discovered he had been convicted of a felony in January 2004 in Garland County.