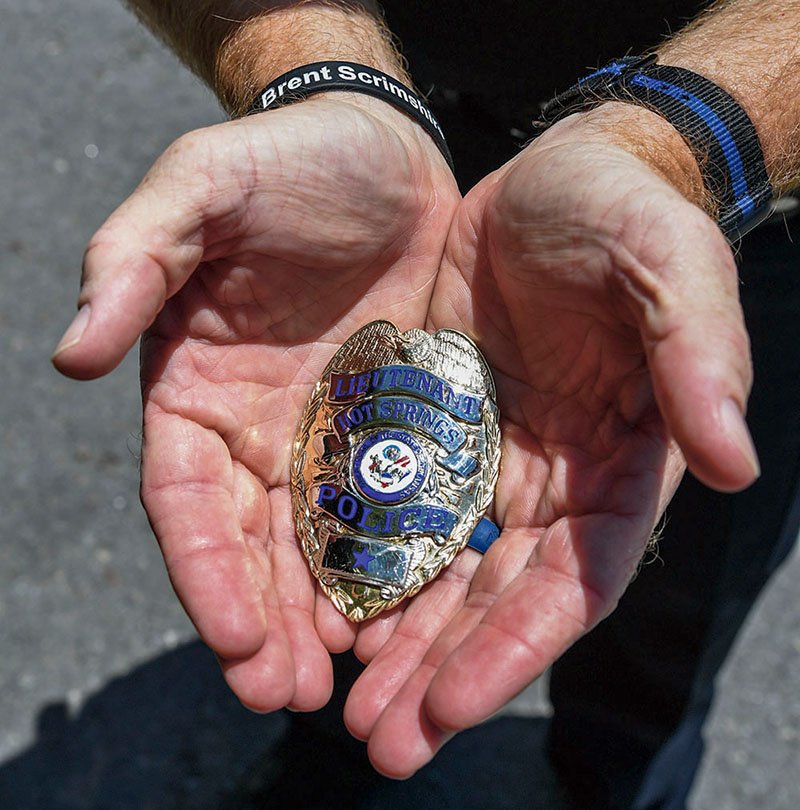 Cpl. Joey Williams with the Hot Springs Police Department displays an officer's badge outside of the police department on Tuesday. Williams is wearing a bracelet in honor of Officer 1st Class Brent William Scrimshire, who was killed in the line of duty in March. - Photo by Grace Brown of The Sentinel-Record

Crow, of Malvern, is the director of safety and emergency management at Ouachita Baptist University. The former state trooper and administrator of the Arkansas Game and Fish Commission ran unsuccessfully in March for the Republican nomination for the District 13 state Senate seat. He and Chapmond are both former Marines who served in the first Gulf War.

Youngblood, the chief of operations for the Montgomery, Ala., Police Department, was among more than 20 out-of-state candidates who applied for the job.

Burrough said the candidates will tour the department and the city and meet with the Hot Springs Board of Directors.

The new chief will succeed Jason Stachey, who announced his retirement, effective May 29, last month. The city said none of the department's current employees applied for the job.