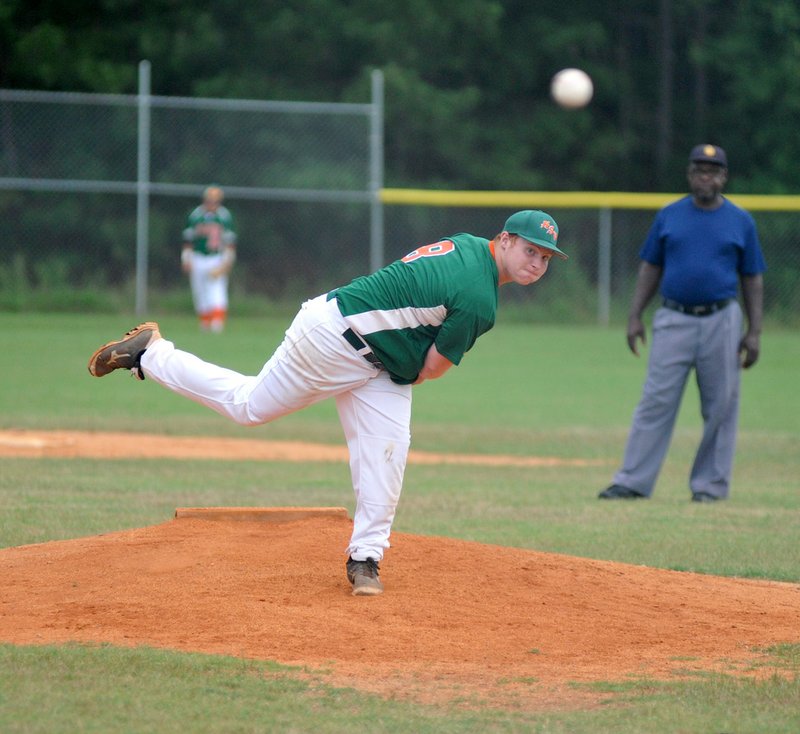 File photo of an American Legion game at Hot Springs Village. - File photo by The Sentinel-Record

Baseball players from all over the state will soon be able to take to the diamond to start their season.

After initially cancelling its season earlier this year due to the COVID-19 pandemic, Arkansas American Legion baseball commissioners decided in a teleconference meeting on May 16 that they would instead suspend the season until a determination had been made on a state level.

"The decision was made after reviewing the full impact of cancelling the entire baseball season at this time," the organization's news release said. "However, the safety of the young men and others associated with the program remains our number one priority."

American Legion baseball state chairman Jeral Howard said that one of the new priorities is processing and documenting an overload of information that is required to be submitted by all Legion members and players before moving forward.

"We've been on hold waiting for the governor and his staff to make a decision on what he was going to do," he explained. "My coaches and players are excited, so we're trying to move forward, and it's in the early stage of it. The main thing that we're trying to do now is make sure that all of our teams are insured; we've got a lot of paperwork to do to get everything done as far as information on players and so forth."

In an effort to take all necessary steps toward a re-opened season, Howard has started reaching out in hopes of gathering more information regarding available field use.

"I've asked all the coaches to contact their local ball fields and determine when they're going to be able to start," he said. "We don't own any baseball fields, so we're not sure what they're doing across the state. We're looking at probably 38-45 teams that'll be playing American Legion, and we're at a point (where) we've got to crawl before we walk. We're just trying to get everything set up."

Howard and his staff is placing the utmost importance on the health and well-being of each member and player while strictly looking to abide by each guideline set forth by the governor.

"At this time we're on a move to get everything done (while following) the procedures that the Arkansas American Legion have lined out," Howard said. "I've gotta make sure that I can talk to the Commander and make sure that we've got everything in order before we move forward.

"All we want to do is take care of our young men, their families, our coaching staff, our members of American Legion, and of course, I do not want to go any further in delaying our young people from getting back in school. The governor set it up the way he wants it, and the Arkansas American Legion will follow his guidelines and his rules, and we'll expect our teams to do the same thing, and we'll monitor them real close."

Attempts were made to contact the Hot Springs Village team for a comment, but calls were unanswered at presstime.