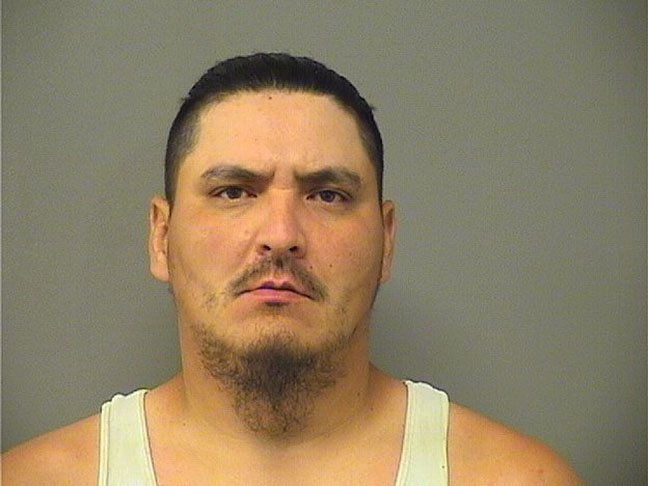 A local man was arrested on a felony assault charge late Thursday after allegedly threatening a female family member with a shotgun, telling her he was going to "blow her head off."

Terry Wayne Britain, 36, of 107 Paulleo Lane, was taken into custody at his residence shortly after 11 p.m. and charged with aggravated assault on a family or household member, punishable by up to six years in prison.

Britain was being held on a $2,500 bond and was set to appear Friday in Garland County District Court. He previously pleaded no contest to a misdemeanor count of aggravated assault on a family member on Dec. 19, 2019, involving a different family member and was sentenced to six months in jail with the entire sentence suspended.

According to the probable cause affidavit on Thursday's charge, around 10:30 p.m., Garland County sheriff's Deputy Matthew Cogburn was dispatched to the residence regarding a disturbance in progress.

The victim, 47, told dispatchers Britain had threatened he was "going to blow her head off." She said she ran for the door but then came back for her phone and at that point Britain was standing in the living room with a shotgun pointed at her.

She told dispatchers Britain hid the shotgun between two mattresses because he knew deputies were headed to the residence. Upon his arrival, Cogburn found the front door open and the victim and Britain sitting in the living room.

He ordered Britain to put his hands where he could see them and Britain said, "Come on in. I don't have anything."

Cogburn asked Britain to step outside to talk but he refused to leave the house. He asked Britain where the gun was and he reportedly stated, "There is no gun, don't worry about it."

At that point, the victim stated the gun was hidden under a mattress and lead deputies to its location where they recovered a 20-gauge Mossberg shotgun and then took Britain into custody without further incident.