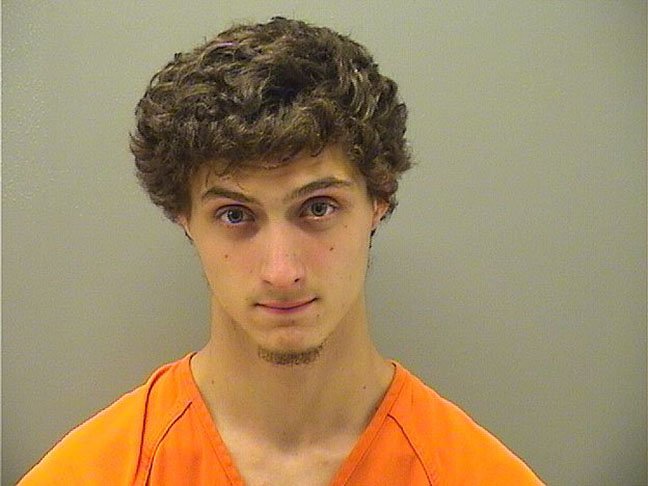 A Pearcy teen arrested last year for breaking into vehicles and stealing two of them, whose case is still pending, was arrested again Thursday on multiple charges after allegedly stealing a truck, a 4-wheeler and a pistol.

He was being held on a $13,500 bond and was set to appear Friday in Garland County District Court. He was previously arrested on Nov. 20, 2019, on one count of theft of property over $5,000, two counts of breaking or entering, one count of theft of property over $1,000 and three misdemeanor counts of attempted breaking or entering. He is set for a disposition hearing on those cases in Garland County Circuit Court on June 29.

According to the probable cause affidavit on the new charges, on Tuesday, a man living on Root Lane in Pearcy filed a theft report with the Garland County Sheriff's Department noting that he went out to his shed and discovered his 2001 Polaris Sportsman 500 4-wheeler was missing.

He then saw where someone had rifled through his truck parked next to the 4-wheeler and found that his 9-mm pistol was missing from the center console. The man checked his security video and noted that around 11:15 p.m. two suspects could be seen walking onto his property and going into the shed. Minutes later, the two are seen driving away on his 4-wheeler.

The man then called his uncle who lives nearby on North Pearcy Road to ask him if he had checked his vehicles. His uncle went out to his driveway and discovered his silver 2000 Chevrolet Silverado was missing. He reviewed his security video and at 2:50 a.m. it showed where two suspects walked up his driveway and one got in his truck. The other walked over to the victim's 2015 Nissan Pathfinder and rummaged through the interior before joining the other suspect in the Silverado and driving away.

The first man posted the videos of the suspects on his Facebook page and soon received information identifying the suspects as Homan and a known 14-year-old male. Sheriff's investigators made contact with Homan's stepmother who reportedly confirmed Homan and the 14-year-old who were ones who stole the vehicles.

The stepmother reportedly returned all the stolen items to the victims except for the 9-mm and the 4-wheeler.

The 14-year-old was interviewed at the sheriff's department with his parents present and reportedly admitted he and Homan had gone to the first man's residence and stole his 4-wheeler and truck and then returned and stole the truck from the second residence.

The Sentinel-Record follows The Associated Press privacy policies and does not publish the names of juvenile offenders unless they are charged as adults.