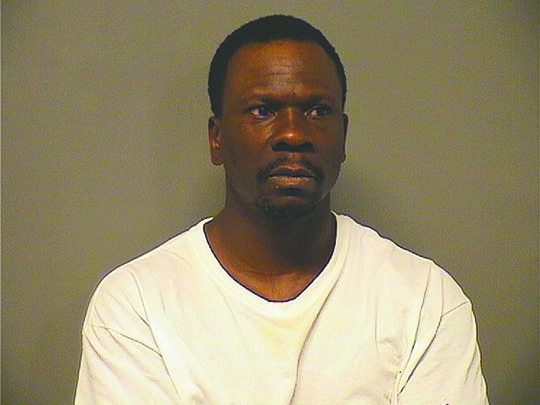 Hot Springs police responding to a disturbance call early Saturday reportedly had to use a Taser to subdue a disorderly suspect and then found drugs in his possession.

Timothy Odell Joyce, 44, who lists a Spring Street address, was taken into custody shortly after 2 a.m. at an apartment on Wise Street and charged with a felony count of possession of a controlled substance, meth, punishable by up to six years in prison, and a misdemeanor count of disorderly conduct.

Joyce remained in custody Tuesday in lieu of $3,000 bond and is set to appear today in Garland County District Court.

According to the probable cause affidavit, around 2 a.m. Saturday, Officer Jamie Ugartechea responded to the Wise Street residence regarding a disturbance and spoke to the female resident who stated her ex-boyfriend, identified as Joyce, was in her apartment refusing to leave.

Ugartechea spoke to Joyce who was sitting on a table in the living room, but he reportedly ignored the officer's commands and became aggressive as he was trying to speak to him.

When the officer explained the resident wanted him to leave, Joyce initially told him he was not leaving and then stated he would "leave whenever he was ready."

The officer deployed his Taser at Joyce, who fell to the floor but still refused to follow commands. Ugartechea delivered a second cycle with the Taser and Joyce rolled over and put his hands behind his back to be handcuffed.

While searching Joyce before putting him into his unit, Ugartechea reportedly found a small baggie with 0.4 gram of what later tested positive for meth in his front pocket.