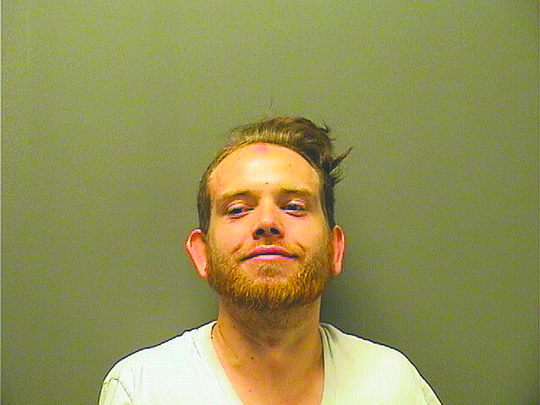 A Hot Springs man was arrested late Saturday after allegedly shooting at another vehicle at a city intersection during an alleged "road rage" incident.

John Anthony Ray Putman, 26, of 824 Rector St., was taken into custody at his residence shortly before 8 p.m. and charged with a felony count of committing a terroristic act, punishable by up to life in prison.

Putman, who lists no prior felony history, remained in custody Tuesday in lieu of $100,000 bond and was set to appear today in Garland County District Court.

According to the probable cause affidavit, Hot Springs police Officer 1st Class Taylor Gates responded to the intersection of Rector and Summer streets regarding a rolling disturbance between two vehicles.

Dispatch told him the occupants of a black passenger car were shooting at a white passenger car near the intersection of Quapaw Avenue and Hawthorne Street and witnesses had followed the black car to the Rector Street area.

Officers located the black car, a 2011 Chrysler 200, parked across the street from the apartments at 824 Rector and multiple neighbors standing outside started pointing at Apartment C of the building and told officers the driver of the vehicle ran in there.

At that point, a man, identified as Putman, came out of the apartment and was detained without incident. Asked about the shooting incident, Putman reportedly stated he was "trying to protect his family" and fired a shot into the air.

Officers spoke to a female who was sitting in the front passenger seat of the Chrysler who stated Putman was involved in a "road rage" incident with a white car that ran a red light and that Putman "fired a single shot" from the car during the incident. She also described the handgun to police.

Putman reportedly gave officers consent to search his apartment and told officers he put the handgun behind the front door. Officers checked and located a Bersa 9-mm handgun with an extended barrel behind the door and confiscated it.

Officers later spoke to two witnesses who were reportedly behind the Chrysler on Ouachita Avenue westbound when they saw a white SUV pull out in front of it. They said the Chrysler started tailgating the SUV north onto Hawthorne.

The witnesses then followed the Chrysler to the apartments and called police, the affidavit states.