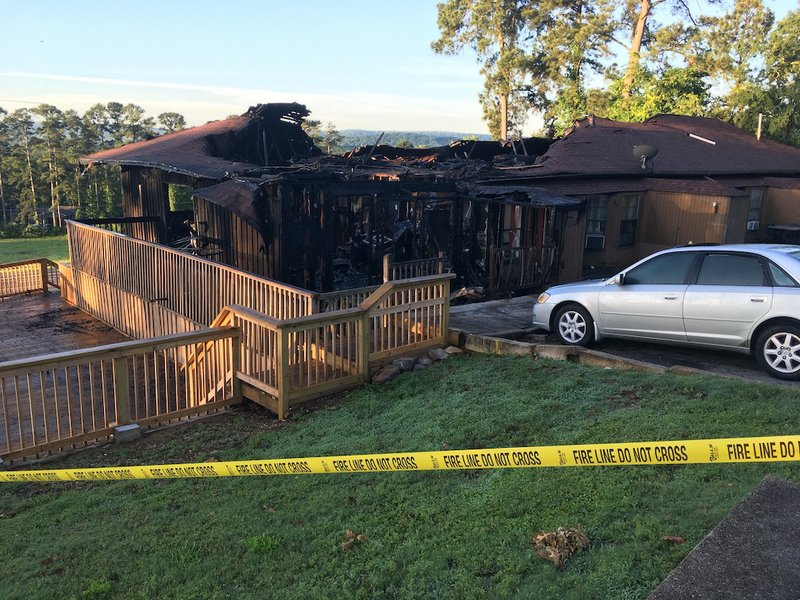 At least 35 people were displaced after a fire early Friday morning in a condominium complex on Highway 7 south at Hamilton Oaks Drive.

Firefighters and Garland County Sheriff's Department deputies responded to the fire at 12:24 a.m., with deputies helping to evacuate residents and clear the buildings and directing traffic on Central as firefighters worked, Deputy Courtney Kizer said.

The Lake Hamilton Fire Department responded after a fire reportedly erupted in one of the condos and quickly spread to multiple other condos, according to witnesses at the scene later in the morning.

Josh Egbert, regional communications manager for the American Red Cross in Arkansas, said the Red Cross did respond to the fire and assisted 35 people who were displaced.

They worked to help them find shelter or a place to stay "while they are going through this," he said, and any other assistance they needed whether it was "someone to talk to" or comfort kits they provided with some of the basic necessities.

He said the COVID-19 pandemic has altered the way they do things, such as not being able to shelter the displaced in one area because "you can't have a large number of people in one room," and limiting "face to face" contact between Red Cross workers and the displaced.

"We do a lot virtually where we can," he said, "while still assisting with all their needs."

Egbert noted they put some of the people up in motels or hotels as needed.

See Saturday's edition of The Sentinel-Record for complete details.