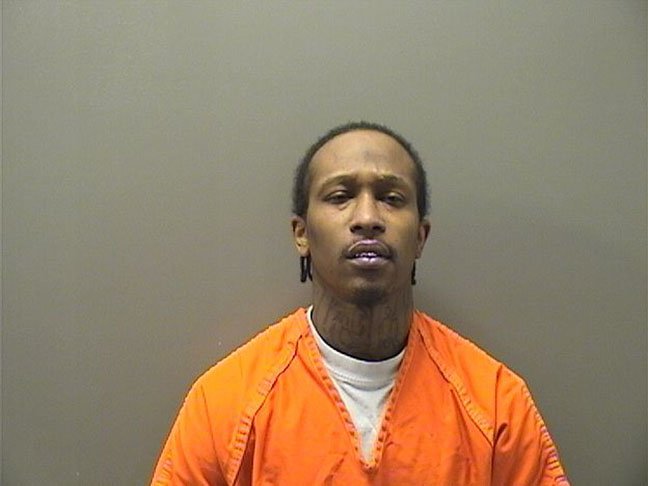 The father of an 18-month-old girl who reportedly backed over her with his car last month, leading to her death, was arrested on a felony charge Wednesday night for not providing information to Hot Springs police about the incident.

Juwan Diego Mitchell, 29, who lists an Illinois Street address, was taken into custody shortly after 8:30 p.m. near Spring Street and East Grand Avenue and charged with failing to comply with requirements in an accident involving personal injury or death, punishable by up to six years in prison.

Mitchell was later released on a $3,500 bond and is set to appear July 14 in Garland County District Court.

According to the probable cause affidavit, on April 9, shortly after 8 p.m., Mitchell was at a residence in the 300 block of Silver Street and began to back out of the yard in his car when he struck and caused the death of Aleya Mitchell, 18-months-old.

Around 9 p.m., Detective Phillip De Foor and Detective Sgt. Mike Hall arrived at National Park Medical Center where the child had been taken. At 9:17 p.m., Mitchell drove through the hospital's parking lot and passed within 5 feet of the detectives, but didn't stop and left without speaking to them.

Around 9:35 p.m., the detectives were notified Mitchell was calling the hospital asking about the child but would hang up each time. At 9:42 p.m., they called Mitchell and the call was placed on speakerphone. Mitchell initially claimed they had a wrong number, but finally admitted the child at the hospital was his daughter.

The detectives told Mitchell they needed to speak with him "face to face," but he claimed he didn't have a vehicle and was waiting for a ride. They told him they had seen him earlier driving through the lot, but he said that wasn't him.

They informed him his daughter was deceased and that it appeared to have been an accident, but he needed to make himself available. Mitchell allegedly refused to return to the scene or provide "any information required by law."

The next day, April 10, video was obtained from Langston School near where the accident occurred which "clearly shows Juwan backing over the child as he left" the residence on Silver Street.

At 11:25 a.m. that day, Hall and De Foor went to Mitchell's residence on Illinois Street and spoke with him and he reportedly agreed to come to the police department to give a statement. He arrived about 20 minutes later and was interviewed and reportedly admitted it was him that drove through the hospital lot and that he did see police.

He said he drove through there "after being told Aleya had been run over." When asked why he wouldn't make himself available, he reportedly stated he "doesn't talk to cops." When asked why he didn't come back and talk to Hall after he was called, he said he "didn't feel like talking to anybody."

A warrant was later issued for his arrest on the felony charge.