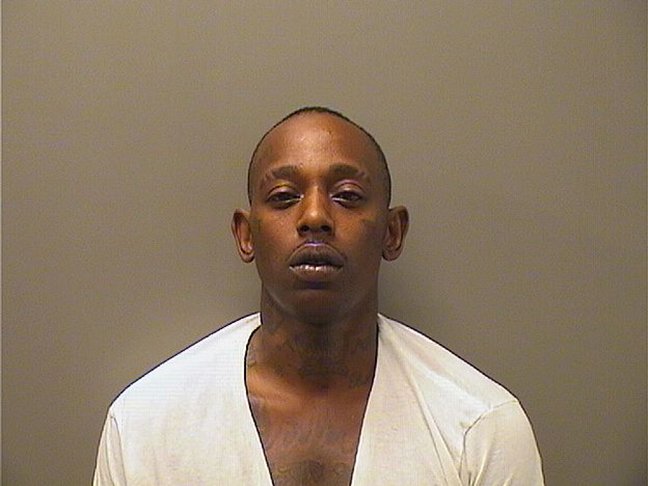 A felon on probation was arrested early Thursday after allegedly threatening his father and uncle at gunpoint during a confrontation at his father's house.

Hill was being held on a $15,000 bond and is set to appear today in Garland County District Court. He had pleaded guilty Jan. 28, 2019, in Garland County Circuit Court to three counts of possession of a controlled substance with purpose to deliver, involving ecstasy, cocaine and marijuana, and unauthorized use of another person's property to facilitate a crime and was sentenced to six years' probation on each count, to run concurrently.

According to the probable cause affidavit, shortly before 1 a.m., Hot Springs police Officer Richard Davis responded to a residence on Washington Street regarding an assault

The officer saw two men, later identified as Hill and Hill's uncle, standing outside the residence. The uncle stated Hill was "acting crazy" and had pulled a gun on him and his brother, Hill's father.

The uncle said he had arrived at the residence around 12:30 a.m. to visit his brother and saw Hill yelling at his father while holding a gun. He said he asked Hill what he was doing and Hill turned around and pointed the gun at him, saying, "I will (expletive) you up too!"

At that point, the uncle said he called 911 and Hill went outside and "started racking rounds out of the firearm."

Davis spoke to Hill's father who said Hill had come into his residence "acting strange" and noted he was carrying two handguns. He said Hill pointed one of the guns at him and said, "I will kill you and then kill myself."

Davis noted Hill didn't appear to have any guns on him when he got there. The father gave him permission to search the residence and Davis reportedly found two guns, a Ruger 9-mm pistol and a High Point handgun, under a blanket in a wheelchair by the front door.

Officers also found three 9-mm rounds outside in the street which were later found to match the gun found. Both the father and uncle confirmed those were the guns they had seen Hill with earlier and both men wanted to file charges.