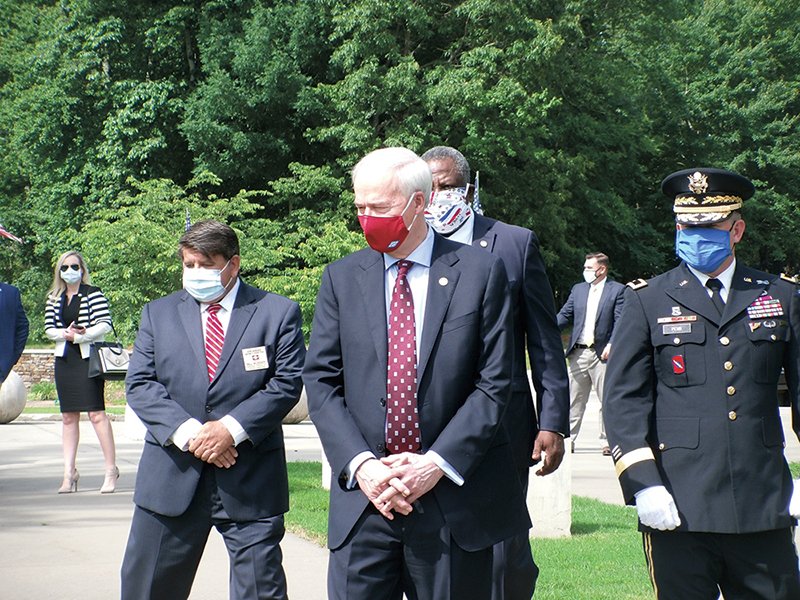 The Arkansas Department of Veterans Affairs held an invitation-only Memorial Day ceremony at the Arkansas State Veterans Cemetery in North Little Rock that included a representative of United States Daughters of 1812.

"This is a departure from the usual public ceremony held every year. Across the nation, there were no large ceremonies to honor the fallen due to the COVID-19 pandemic. In addition, there were no mass flag placements at grave sites," USD 1812 said in a news release.

"The ceremony included the placing of service wreaths for each branch of the service. A wreath remembering all Arkansas veterans was placed by Hutchison, Penn and Todd. Though closed to the public, the ceremony was livestreamed over the cemetery's Facebook page," it said. 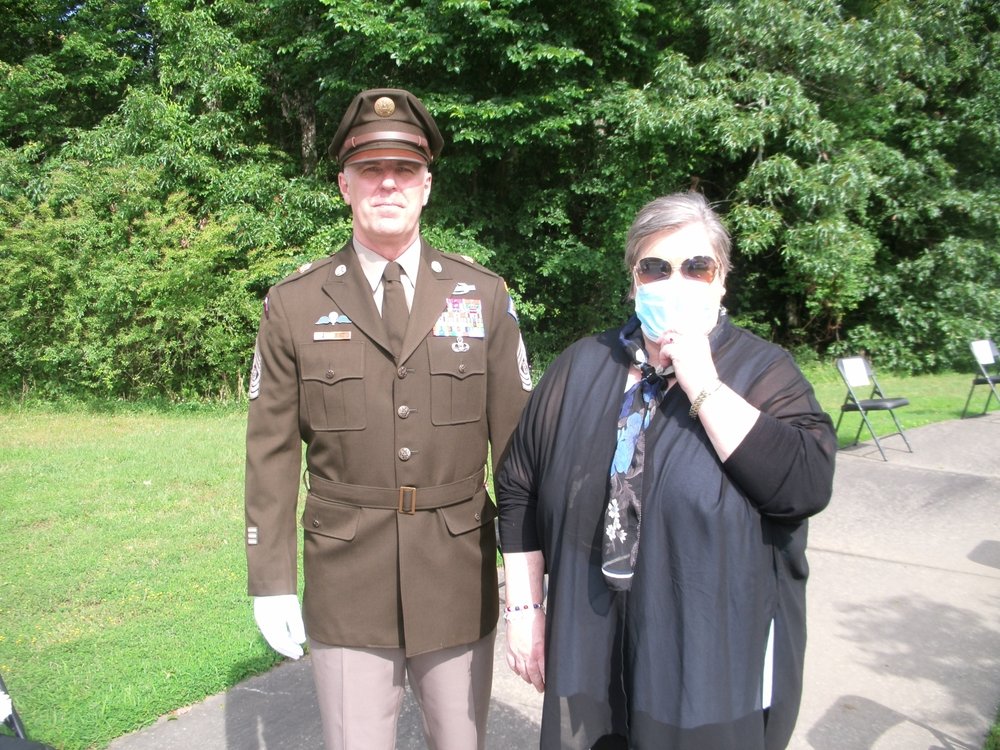 All were requested to wear face masks and social distancing was enforced, according to the release.